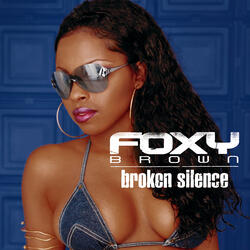 [Chorus]
Lemme tell you where I grew up at
Sip mo', threw up at, flip coke, blew up that
Where them fake thugs got they vest-es chewed up at
Brooklyn beef! Who want that?

I grew up in the thoroughest borough - B.K.
Where B.I.G. had everybody rockin' D.K.
Gav was the first dude with the C.L.K.
And bricks was gettin' shipped outta East L.A.
It's Brooklyn, where niggaz lives was tooken
Rich cats got knocked and they wallets was tooken
Fort Greene and Hemlock, the fifth been cocked
We cried when they killed Lenox and popped them rocks
(Aiyyo, ya ain't hear, what {the fuck} I just said?)
B.K. - the home of Biggie and Jay
Where niggaz got Will Smith chips, get jiggy all day
Bitches that boost in the city all day
Heckel and Koch, crack spots, federal watch
I grew up here, sip Mo', threw up here
Yo the feds snatched two up here, in B.K.
Niggaz in the hood in that all blue and grey
Gorillas got rich from stairwells and P.A.

Brooklyn! The livest borough
You come here frontin' you might die in this borough
The East, the feelin' Bed-Stuy's in this borough
It's full of projects, the wildest borough
Try to figure out which side is thorough
From, C.I. to Saint Marks is carryin cons
Niggaz rock Coogi and Dolce Gaban's
So women here make a livin' just carryin' bombs
We pop, corks a little bit and we floss a little bit
In the club, buyin' out Cris', pour us a little bit
I told y'all that my borough is thorough
I know niggaz that'll clap you up and bury the metal
Same day, still in the hood we so, ghetto
Brook-Nam, holla back, get your crook on
Live from the seven-one-eight, we raised the eight
Every time papi raise the weight of that weight, motherfucker

It's B.K. nigga, get yo' vest ate up
Over them chips, you could get S-Ked up
They find you in the back of the buildin' - sprayed up
All for the love of this paper; we misled
By 21 - some'll be dead
By 22 - the rest of these dudes'll be in the Feds
We got change but we still FUCKED up
Niggaz is outta jail but they still locked up
The feds takin flicks when we pullin' the drops up
BK open up, get popped up
You know it's the borough where cats drive with the box in the truck
Tre' pound glocked up, wrist be rocked up
Yellin' out "Get down, lay down when we pop up!"
Blocks so hot we drive the drops with tops up
Windows tinted, you can't see who is in it
It's Brown nigga, I represent it, it's Brooklyn!