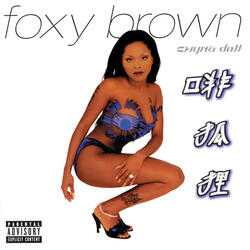 I been playin' bitches all my life, from that ho to my wife
You think I give a fuck? Like you don't know I'm living trife
Strife and struggle; bitches and pussy on the juggle
Little shorty, named Tamika, from 25th who can smuggle
Cheese and that to Columbian connection
From that cross-the-water section
Baby, nine-seventeen, try that shit for protection
Injection of that shit I'm kickin'
Got you stickin' niggas you got love for
Bring 'em up; touch 'em with the buzz saw

Bitches slingin' rocks, swingin' glocks, bringin' knocks
Holdin' down the fort, even when its steamin' hot
Money's being got, but honey's acting shady
So I hit it with five between the 380's
Can't fox with a three hundred mercedes
Time like this bring out the savage and shit
Bitches ain't keeping it real, so I'm damaging shit
I'm on the scavenger shit, and I'm hungry
Fox with the dog; it's about to get ugly for real

Nigga, fuck you. Eat a fat boy
Do I stack on pussy platinum and lace?
Ain't no smile on my face
Shit, burn up by the waist
Fuck him right to the safe and tell him
Crack the bitch before I blast his bitch
Y'all know na-na come through
Dime-chicks, iced up, minked out, rolly six, light grey chrome six,
Go to ask, want to fuck? Then they throw cash right
'Ay, bitch need some dick in they life,
Make 'em cop you with a rock or just copy from rocks
Take it all from his dumb-ass; slide on him bum-ass
I want some shit, and I'm hungry; dog with a fox
It's about to get ugly