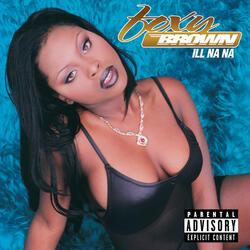 On the mean streets of New York, everyone has a crew
Now the music industry has one of their very own

Violator Entertainment present
The most thrilling trio since Three the Hard Way
Yogi, Chaddeo, and the Mighty Hah
The Cru

The kid got his own Firm, tch, de canta mari con Cormega
Mamaow

From the most lethal conglomerate on wax
Foxy Brown, AZ, Nas Escobar, and now introducing
Cormega the Executive

This how it went down
Add to undergrowth therapy, now surgery
A nigga wetted me but, he didn't murder me Dunn
I survived, he thought that I died
Now it's time to throw the nine clip in, mission revenge
Once was friends, but that shit's dead
That stupid motherfucker shoulda shot me in the head
(Boom)

And now for our feature presentation
TrackMaster Entertainment in conjunction with Violator Entertainment
Bring to you, Foxy Brown
The album

"What the hell do you think I'm runnin' here, a chicken coop?"

Foxy, the word's on the streets from New York to Cali
You're the one
But you gotta be careful
There's a lot of haters in the game

Ya know somethin' Foxy?
You're headed for the top, top,
Straight ahead
And when you get there, you gotta stir it all up
You see you're gonna make so much money
When you walk down the street
They're gonna think your pockets got the mumps
Can you dig it, dig it, dig it