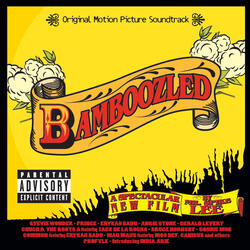 When I think about the turn my life has taken
I know it's because of you, that I receive so many blessings
I had a home but no privacy, I didn't know a thing about my legacy
When I realized you were there for me, I called on your name and you came
And you did, just what you said, for that I'll love you forever
You kept, your word to me, for that I'll love you forever

[Chorus]
A promise, is a promise in my eyes
Can't say you're gonna just to compromise
The very thing that keeps two hearts intertwined
A promise is a promise you can't deny, there's no way

I think of when there was a young boy, not even two years old
Blessed with a mother who loved him so, she abandoned her dreams to nourish his own
It wasn't easy for the two of them, but she knew she had to give him a chance
At a better life, it was only right, so she worked and she prayed
And she did, just what she say, for that he'll love her forever
She kept her word to him, for that he'll love her forever

A man's only as good as his word

Her wedding day and she's thinking &#8216;bout the way he won her affection
She was so cynical about love &#8216;cause she didn't want to be heart broken again
He looked her in her eye with sincerity, said he only wanted to protect her so she
Took a chance on him and she's glad she did because he came for real
And he did, just what he said, for that she'll love him forever
He kept his word to her, for that she'll love him forever

A man's only as good as his word