Lil Jon & the East Side Boyz 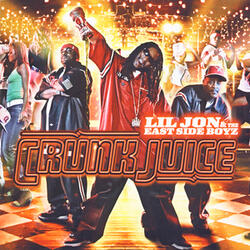 [R. Kelly]
Now we about to show ya how wild it gets
When a girl at the party when she backin' it
Now this girl dance freaky 'cause she passionate
If I ask for some chips, then she stackin' it
She don't need no introduction, she's a diamond of daw
And I don't mean no janitor, the way she mopping the flow
Tattoo on her backs saying 'ready to go'
Man this girl must get pimped away I'm ready too hoe
I'm going to take you out to ghetto girl around the globe
Freaking in the kitchen girl, go somewhere around the stove
In the chumps we chilling in some hotel robes
I put her towels on her body and massage her toes
There ain't nothing like some sex on a Friday night
But then again nothing like some sex in any night
After that gotta go got appointments girl
I'm a doctor, I got other clients girl
Now listen up close, I won't say it again
Skip a dog y'all cat is a man's best friend
Lil' Jon and Luda on the first class flight
From ATL we about to get it crunk tonight
Where we going?

[Ludacris]
Hey Kelly!
Oh damn! There go expensive Chris
At the bar behind all the most expensive shit
And his car always got the most expensive kit
So his gun always got the most extended clip
Hey! Luda Luda, I'm built to last
Nicknamed double barrel and I'm built to blast
Since your girl ain't a freak, well you gotta convince me
Cause I'm all up in the fifth getting straight Lewinsky
And smoking some of that "Kill Bill"
Ten Mil motherfucker I'm still trill
Can't party with the women that like it dick
Refuse to cut my hair like Michael Vick
Dirty bird even judges say the birds are dirty
We the reason that the clubs start closing early
Walk up and watch the crowd start moving quick
And I ain't gotta pay the DJ to play my shit

[Lil' Jon]
Yeah, hey, hey, hey
With the bull pimp cup man I'm sloppy drunk
I don't broke into club it's the king of crunk
Let the anal way find, and and the woofers blow
Throw some ass in my lap and I'm good to go
I spread a shined out bottle, crack a beer
While the ladies are all rubbing my neck and beard
No need to even ask it, who's the boss?
When the dreadlocks slam and the roof come off
The crunk juice got me up all night shit
And in last year making that bite shit
Not an essay calling me Loc De Niro
Stunned with my hell day, Oaklezero
Fresh by the front and I'm ready to play
Got the dog but I knew my had to lie (ok)
BME turn millionaire, and we all like 'what what, yeah'

[R. Kelly]
90 other time I would say it's over
Since the party so live, I can keep it going
Shit don't stop till six in the morning
Come seven o'clock a nigga still ain't yawning
Baby girl leaving now on her toes
Hangover, wait a minute girl you leaving your clothes
And tickets gonna sell for a major show
If yousa a hater at the booth and the booth is closed
And move out the way I'm a Luda fan
Up north, dirty south, west eastside man
All strippers in the club stand up right now
We want to see you shake your booty in the place right now
Where we going?