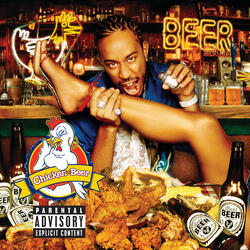 Yea, Gotta feel me on this one
Ain't none of this shit happen over night
I'm talking bout a long time coming motherfucker!

Yea
I'm still back for the first damn time
So grab a hold of your seat while I open your mind
And take you back from when I dropped down from heaven
And I came out my moms and had a mic as my a fucking weapon
When I was three I was just a little D
But if you looked in my eyes you'd see the future of a real MC
And at the age of 9 I wrote my first rhyme
Soon rapping became one of my favorite pastimes
Every where that I went spitting and babbling
Showing my ass, growing up then started traveling
From one city to the next, Luda landed in the ATL
Where the pimps and the players dwell
I made a tape, did shows and got exposure
And kept learning as my black ass got olda
No matter what I just kept at my trade
I made mistakes but stayed sharper then a Ghitsu blade

Age 14, my talent show a beast outta cage
I would of won but disqualified for jumping off stage
But I ain't care, cause this game has started to open its arms
When I was at Benicka High School pulling fire alarms
So I could get a crowd around me, make a name for my block
People told me "keep flowing," they ain't want me to stop
Was back when Big Nose John was my human beet box
We'd skip school, hit open campus and watch out for street cops
Now I'm known around the town as that nigga that raps
From the hills that made high to them G roll traps
And I was still making demo's, perfecting the craft
And some said I wouldn't make it, they would giggle and laugh
So I picked up a couple books by Donald Goins
Bout the business of this shit, how to flip a few coins
Before the age of 18, I was destined to make it
My bank account read Disturbing The Peace, incorporated

Age 18, I'm strugglin, just to survive
But got a gig workin for change at 97.5
Now I'm rapping on the radio, increasing their numbers
Still Ludacris but alias was Cris, Luva Luva
Late nights I'm in the studio and using their tools
Me and puma smoking weed and breaking all of their rules
And I was krunk, all the big wigs was hearing my songs
But nobody did SHIT and they was taking too long
So three years went past, and I saved enough cash
To make my own record lable and put myself on blast
The album was independent, it was just for the streets
I sold 1,000 copy's in my first f**kin week
Then went on to sell 50, put the cash in my hand
All the record companiesbite me, but I chose Def Jam
And the main reason that I made it and I love the A-town
Was cause the block had its eye brows down, ya heard me?

Yea, been waiting a life time to get what the fuck I got
It's real man, hardest working nigga in show business
Believe that
Shout out to Lil' Fate, I Dub, Titi Boi, Shakazulu
Yea! Woo!

You get randy, don't ya?