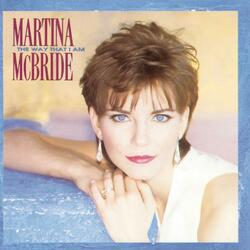 Well she seemed all right by dawn's early light
Though she looked a little worried and weak.
She tried to pretend he wasn't drinkin' again
But daddy'd left the proof on her cheek.
And I was only eight years old that summer
And I always seemed to be in the way
So I took myself down to the fair in town
On Independence Day.

Well,word gets around in a small,small town
They said he was a dangerous man
But mama was proud and she stood her ground
But she knew she was on the losin' end.
Some folks whispered and some folks talked
But everybody looked the other way
And when time ran out there was no one about
On Independence Day.

[Chorus]
Let freedom ring, let the white dove sing
Let the whole world know that today
Is a day of reckoning.
Let the weak be strong,let the right be wrong
Roll the stone away, let the guilty pay
It's Independence Day.

Well,she lit up the sky that fourth of July
By the time that the firemen come
They just put out the flames
And took down some names
And send me to the county home.
Now I ain't sayin' it's right or it's wrong
But maybe it's the only way.
Talk about your revolution
It's Independence Day.

Roll the stone away
It's Independence Day.