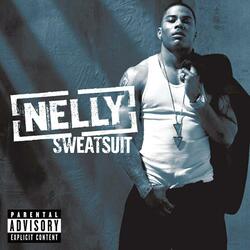 Hold up stop now let me get a look at ya,
Damn girl I ain't seen you since prom,
Come to think about it I can't believe its been that long,
I heard your man locked down now how long he gone, Oh dat long
How the hell he get time like that?
Three strikes with possession, aww he ain't comin back,
He left you with 2 kids and bills all around,
Plus you found out he had another chick cross-town,
It's always the darkness right before the sun rises
And you gotta stay strong for the kids in their eyes and
Please don't despise and go against all brothers and
have a hatred in your heart and take it out on another,
I hate to sound Tupacish now momma but keep your head up,
But you gon' make it I promise you keep your head up
And that, that don't kill you only makes you stronger
And the will to succeed will only feed the hunger, Fo' Reel (Fo' Reel, Fo' Reel)

I was at the gas station and a man walked past
With his sign will work for food, clothes or cash
and he asked if he could pump my gas, so I let him
Clean the windshield and throw out the trash, so I let him (Hey)
I even asked a brother his name, where he was from, got kids man and what's their ages
He kinda stuttered for a second, he kinda looked surprised that anyone would even take an interest in his life
He said young brother them the only words I done heard in the last year that wasn't no or get the fuck away from here
How could something so simple as general conversation
Mean much more than general conversation? (Hey)
You could tell life had beaten him down
Like he was in the title fight and this might be his last round
Sometimes the easiest things we take for granted
Until they gone, then realize we even had it, Fo' Reel (Fo' Reel, Fo' Reel)

I used to think that life had a plan for me
Until I realized life had to be planned by me, see that's the key
I only deal with what I can see cause over history, mystery brought us nothing but misery
Man more people done died in the name of the lord
Than in any natural disaster, disease or gangwars
Before guns there was swords and they was killing each other
and what's changed to this day still killing each other
Killing a brother while another mother cries for help
Man! we need to help a brother find them self
Feed em light 1, 2, 3
Hey! that's something every brother should see and that's Fo' Reel,
and that's Fo' Reel, and that's Fo' Reel