Git Up, Git Out 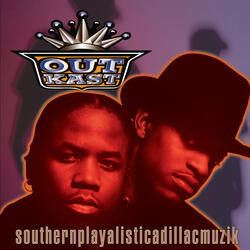 [Cee-Lo]
I don't recall, ever graduating at all
Sometimes I feel I'm just a disappointment to y'all
Every day, I just lay around then I can't be found
Always asked to give me some living life like a bum
Times is rough, my auntie got enough problems of her own
Nigga, you supposed to be grown
I agree, I try to be the man I'm 'posed to be
But negativity is all you seem to ever see
I admit, I've done some dumb shit
And I'm probably gon do some mo'
You shouldn't hold that against me though (Why not?)
Why not? My music's all that I got
But some time must be ingested for this to be manifested
I know you know but I'm goin' say this to you I,
Get high but I don't get too high
So what's the limit 'posed to be?
That must be why you can't get your ass up out the bed before three
You need to git up, git out, cut that bullshit out
Ain't you sick and tired of having to do without
And what up with all these questions?
As act as though you know something I don't. Do you have any suggestions?
Cause every job I get is cruel and demeaning
Sick of taking trash out and toilet bowl cleaning
But I'm also sick and tired of struggling
I never ever thought I'd have resort to drug smuggling
No, that ain't what I'm about
Cee-lo will just continue traveling this route
Without any doubt or fear
I know the Lord ain't brought me this far so he could drop me off here
Did I make myself clear?

[Big Boi]
Well, uh, git up, stand up. So what's said, you dickhead
See when I was a youngsta, used to wear them fucking Pro Keds
My mama made me do it, but the devil, he made me smart
Told me to jack them weak ass niggas for they fucking Starters
In the middle school, I was a bigger fool
I wore with tank tops to show off my tattoo, thought I was cool
I used to hang out with my daddy's brothers, I call them my uncles
They taught me how to smoke herb, I followed them when they ran numbers
So in a sense I was Rosemary's baby
And then, I learned the difference between a bitch and a lady
Hell, I treat 'em all like hoes, see I pimped 'em
Bitch never had my money, so I never whipped 'em
See all the players came and all the players went
A player ain't a gangsta but a player can handle his shit bitch
You need to git up, git out, git something
Smoke out, 'cause it's all about money, money, money
Yeah I said it, a nigga sporting plats and a Braves hat
I hang with Rico Wade 'cause the Dungeon is where the funk's at, boy
I'm true to Organized, 'cause they raised me
I'm also down with LaFace 'cause L.A. Reid, yeah, he pays me
And it's cool
Yeah, it's real cool, getting paid fat pockets
And all that other fat shit like that, ha-ha

[Big Gipp]
A lot of people in my past tried to do me, screw me
Throw me over in the fire, let me get chunky and charred
Like a piece of wood and them spirits got the mutant's mind
I'm getting paranoid and steady looking for the time
It's eight in the morning and ain't nobody up yet
I got my long johns, get my coat and throw on my ball cap
I'm headed out the door, to get off in my ride
I'm digging through the ash tray, hoping to have a good day
I had Jamaica's best and when I light it up, I hear a voice in my head
(You got to git up, git out and git something)
Now I know it's on, my day is finally started
Back up in my crib, eat my shit, break out quick, in my slick
'84 Se-dan DeVille, steady bouncing,
Out the Pointe to Cambelton Road
The valley of the Southside flow
Everybody know about that killa that we call blow, so
Keep your eyes peeled for the 'cover unit
Cause they known for jumpinf out of black Chevy trucks and through the fog
Here come the Red Dogs, I'm bustinf out around the corner in my hog
Dippin from the area, I'm scared
So one of these bitches might wind up dead
'cause I have no time for bail. Fuck Clampett cops, fuck Elgin Bail
And crooked ass Jackson, got the whole country
Thinkin that my city is the big lick for 96
94, Big Gipp, Goodie Mo, Outkast, a vision from the past
Hootie hoo, my white owls are burning kinda slow

[Dre]
Y'all telling me that I need to get out and vote, huh. Why?
Ain't nobody black running but crackers, so, why I got to register?
I thinking of better shit to do with my time
Never smelled aroma of diploma, but I write the deep ass rhymes
So let me take ya way, back to when a nigga stayed in Southwest Atlanta,
Y'all could not tell me nothing, thought I hit that bottom rock
At age 13, start working at the loading dock
They laying my mama off of work, General Motors tripping
But I come home Bank like Hank, from licking and dipping
Doing dumb shit, not knowing what a nigga know now
Yeah, that petty shit will have you cased up and locked down
I dips, over to East Point, still acting a fool
Wasting my time in the school, I'd rather be shooting pool
Cool is how I played the tenth grade
I thought it was all about macking hoes and wearing pimp fade
Instead of being in class, I'd rather be up in some ass
Not, thinking about them six courses that I need to pass
Graduation rolled around like rolly-pollies
Damn, that's fucked up. I should of listened when my mama told me
That, if you play now, you gonna suffer later
Figured she was talking yin-yang, so I payed her no attention
And kept missing the point she tried to poke me with
The doper that I get, the more I'm feelin broke and shit
Huh, but that don't matter though, I am an O-UT-KAST
So get up off your ass