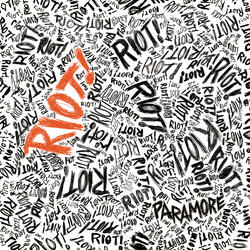 I'm in the business of misery,
Let's take it from the top.
She's got a body like an hourglass that's ticking like a clock.
It's a matter of time before we all run out,
When I thought he was mine she caught him by the mouth.

I waited eight long months,
She finally set him free.
I told him I can't lie he was the only one for me.
Two weeks and we had caught on fire,
She's got it out for me,
But I wear the biggest smile.

Second chances they don't ever matter, people never change.
Once a whore you're nothing more, I'm sorry, that'll never change.
And about forgiveness, we're both supposed to have exchanged.
I'm sorry honey, but I'm passing up, now look this way.
Well there's a million other girls who do it just like you.
Looking as innocent as possible to get to who,
They want and what they like it's easy if you do it right.
Well I refuse, I refuse, I refuse!

Whoa, I never meant to brag, but I got him where I want him now.