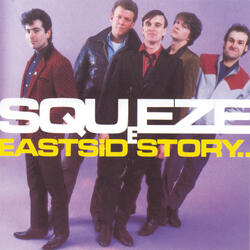 She unscrews the top from her new whiskey bottle
Shuffles about in her candle lit hovel, like some kind of witch with blue fingers and mittens,
She smells like a cat and the neighbors she sickens.
Black and white TV had long seen a picture, the cross on the wall is a permanent fixture,
The postman delivers the final reminders.
She sells off her silver and poodles and china.

[Chorus]
Drinks to remember
I made it myself the chimes of the clock and the dust on the shelf.
Home is a love that I miss very much
But the past has been bottled and labeled with love.

During the wartime and American pilot made every air-raid a time of excitement.
She moved to his prairie and married a Texan.
I looked from a distance their love was a lesson.
He became drinker and she became lover she knew that one day she'd be one or the other.
He ate himself older drunk himself dizzy, proud of her features she kept herself pretty.

He like a cowboy died drunk in a slumber
Out on the porch in the middle of summer
She crossed the ocean back home to her family
But they had retired to roads that were sandy.
She moved home alone without friends or relations
Lived in a world full of age reservations.
A moth eaten object she'd say that she'd sod all her friends
Who had left her to drink from her bottle

Chat About Labelled With Love by Squeeze