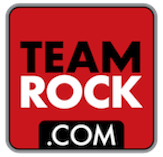 The band were accused of having copied Spirit track Taurus, which was released three years before Zeppelin's 1971 anthem.

However, a Los Angeles jury ruled in June last year that Led Zeppelin did not plagiarize the song’s opening chords and that it “was not intrinsically similar” to Stairway To Heaven's opening.

Now, in response to to a 90-page appeal filed in March by Francis Malofiy, who represented Michael Skidmore, the trustee who sued the band on behalf of late Spirit songwriter Randy Wolfe’s estate, Zeppelin’s lawyer Peter Anderson says that “substantial evidence supports the jury’s verdict and Skidmore’s appeal has absolutely no merit” according to The Hollywood Reporter.

In addition, Anderson has filed a cross-appeal to affirm the judgement and to have the court’s decision regarding fees to be reversed.

Anderson also represents publisher Warner/Chappell Music who were forced to pay most of the legal costs for the defense – and he wants the court to make Wolfe’s estate pick up the bill.