Once afraid to be the singer feeling the most, Kelela has grown the confidence in her emotional complexities and the mechanics of her vulnerabilities to pursue her artistry through an entire new lens for her long-awaited debut album, Take Me Apart.

On the 14-track set, the R&B innovator takes aim at all the stages of connection, beginning with new-found substance, lustful compulsivity, heartbreak and every space in between. You name it. From the sex-drenched "LMK" to the final goodbye narrative of "Enough," it's a a 53 minute ride that filters through her all tendencies. She's vigorous. She's tender. She's complex. It's a project that she said offers listeners "a new way to be," all while basking in rich production from the likes Arca (Kanye West, FKA twigs) and Ariel Rechtshaid (HAIM, Adele), just to name a few.

"I used to feel really insecure about being the one that's always so vulnerable and always in tears and always feeling the most," Kelela told iHeartRadio of the set, which was recorded over the last four years. "[I] always feel like I'm feeling more than everybody else. But now, I don't know, there's a confidence that I've been able to access through writing songs in that way and presenting people with an option."

Now, onto that emotional frequency, Take Me Apart, arrives as predecessors to her 2014 EP, Hallucinogen, and her 2013 breakthrough mixtape, Cut 4 Me, allowing Kelela to further her discography into a space that embraces pop sensibility, her continuous exploration of avant garde electronica and yet remain honest to her 2017 brand. Take a look below to see Kelela break down the meanings behind all of her Take Me Apart tracks in our latest installment of Track by Track. 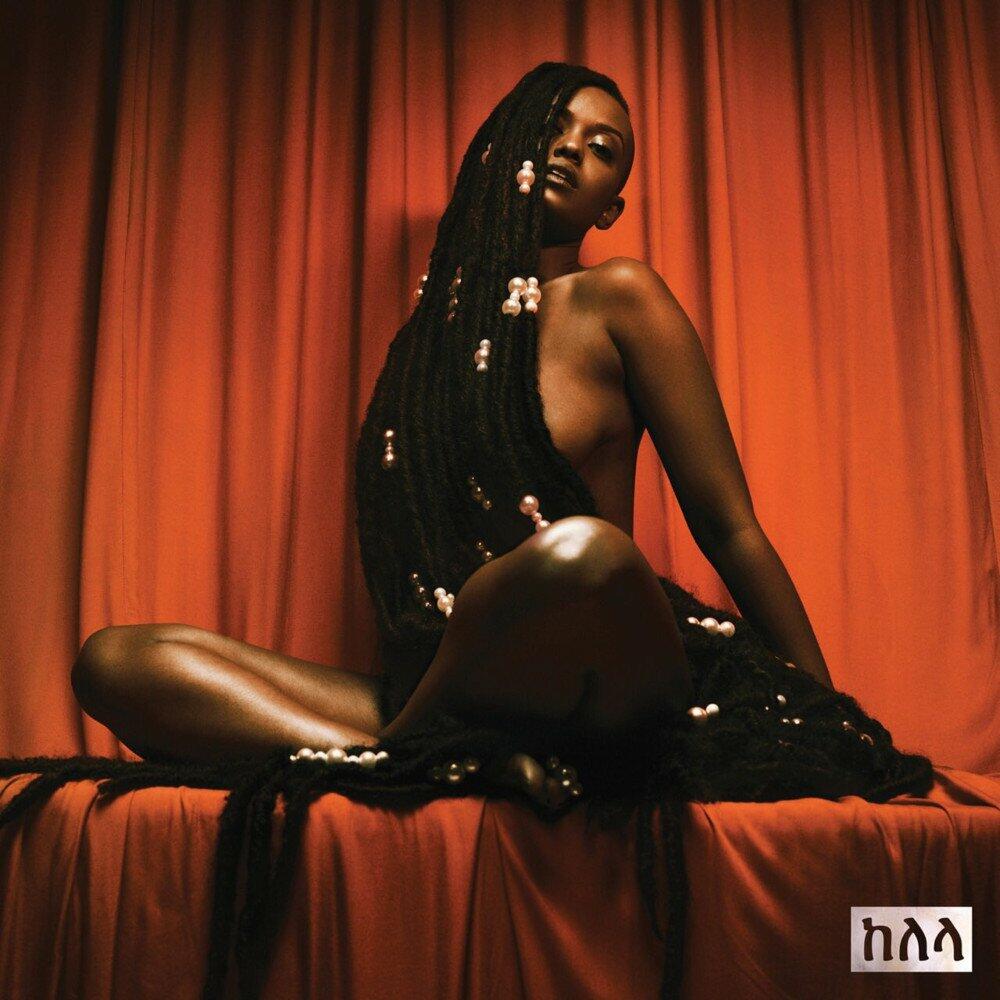 "The entire album goes in the chronology of experience and 'Frontline' is when we leave our partner for the first time, where there's a lot of neck and a lot of hand grabs and [it's] basically 'I don't need you.' There's a confidence behind the leaving and then I think there's other types, other waves. I feel like breaking up is this way more drawn-out thing than we know it to be in song and in all types of stuff that we consume. I've always wanted to just make that really clear [and] give you a song for each part of that experience. 'Frontline' is when I left my ex for the first time. It's one of those songs you can sing in your car while being, like, 'F**k you.' You can bop. It's a bop. I think for me I wanted to start off with a feeling, just the sound of the instrumental. [I] just wanted to start from a floating feeling.  I'm really, really happy that it turned out that way, especially with [its debut on] Insecure."

"Honestly, I'm not trying to sell you to anything I don't love, so all of them are my favorites. Each one articulates a different part of me. 'Waitin'' is when you see your ex that you broke up with after that break. You really think it's over. You're like 'I'm good,' but you see them again, and it sort of just ... It f**ks you up. That's where it comes from. Throughout the album, I learned about who my influences are, how much they mean to me by making songs. There's what you think you love and what you're intending to do, and then when you're in the middle of creating the album, there's ways that I find out I'm really into or really respect certain artists. This one really felt so Janet [Jackson] in this way that I didn't really ... I'm finding out how much she means to me through making songs and this song is so that. It's so her."

"'Take Me Apart' is the feeling after you see them again when you're almost deeper in than you ever have been. There's an urgency and a passion. The sex is better and everything's better. You are way more vulnerable. Everybody's just spilling the beans [with] all the things I didn't say to you. There's just an urgency behind how we communicate in that place. 'Take Me Apart' speaks to that on an emotional level, first and foremost, but it's also quite visible and visceral, so it's also sexual." 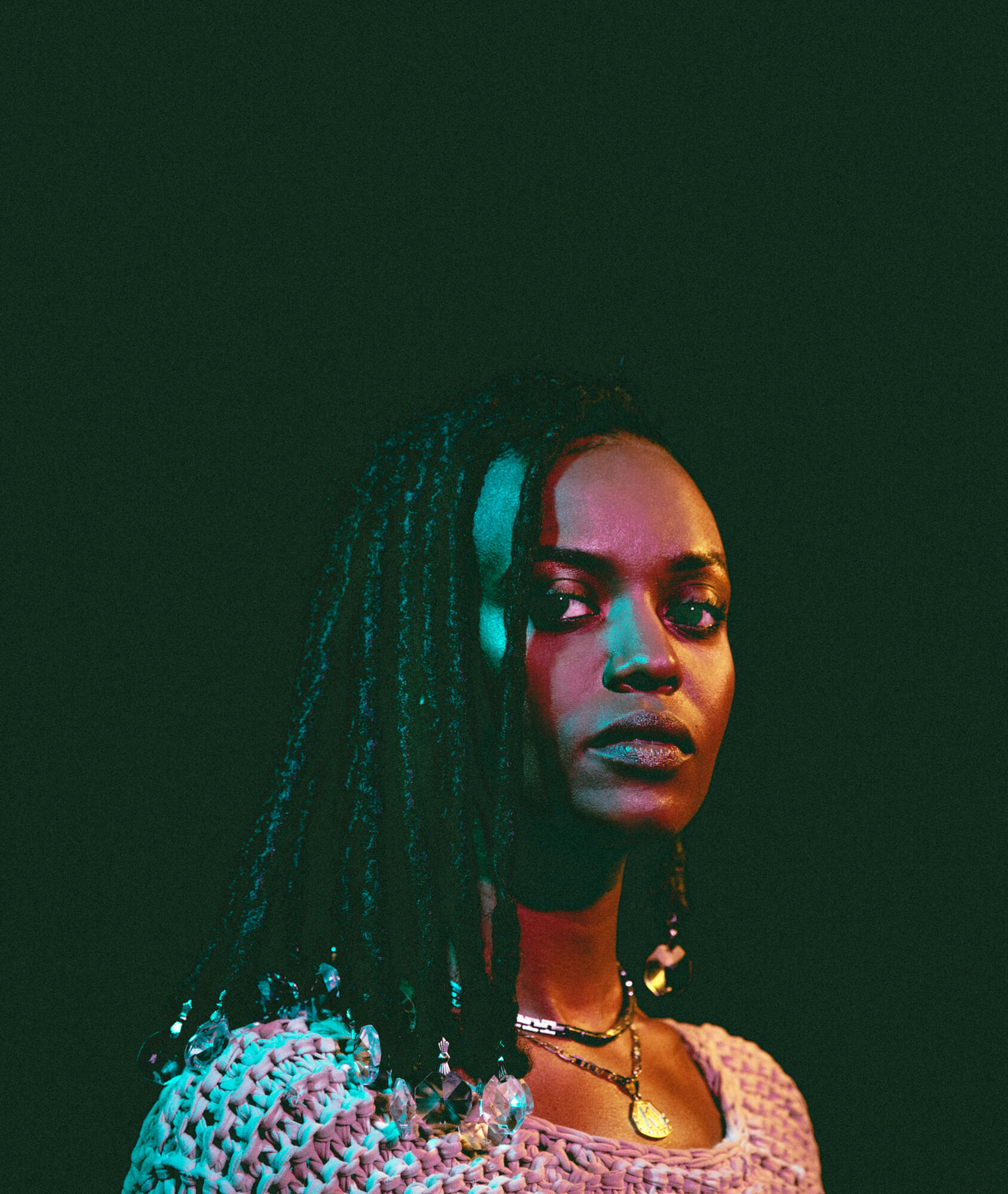 "'Enough' is when you really know it's really over and it's a more sadder leaving. It's like when it's really over. You really feel you're gonna cry just thinking about it. With that particular song, I can remember it conjures up a lot of feelings. I can remember exactly how vulnerable I was feeling. There's a line in it that says: 'Hold her hand/ [You've had enough]," where I'm just saying exactly what it is in a way that you don't get to with 'Frontline.' I think there's a way that everybody should be able to explore both of those types of departures.

"Five years ago, I was on tour with T Brook Fantasy and Gatekeeper and I remember we did a west coast run and went to Vancouver, and there was this hotel. I think it was called the Waldorf Hotel and in the basement, they had a ton of keyboards. It was like this hotel had a venue in it. It was a really cute little, self-contained thing. You stay there, you play there, you jam there, you record there, and it was just, ideal. We went into the basement and just played around with a bunch of synths, and Aaron DeRoss, who produced the track, just found a Jupiter synth and played this line. . . . .The synth is called the Jupiter synth, so there's a way it sounds like you're in outer space, and it's all the sounds of outer spacey sounds.

He started playing that line, and it's almost like an enveloping feeling. It also feels so isolated. For the longest time, I didn't have lyrics, so I improvised a melody over the track initially in 2012 and then it stayed in gibberish all the way through the entire record. I made all the songs, finished producing all the songs, and then at the very end, I was gonna do a Cocteau Twins thing and just be gibber jabber. I was gonna be doing it in gibberish. But then I shared it with Romy from The xx, and on her first listen, she was like ... I told her what I think the song's about. . . .I was like it feels like the moment after a breakup when you are by yourself, where it's like friends might not even be around so much.

It's just like an insular confidence-building experience, but you also kind of feel your ugliest. But it's also when you're on your p's and q's. There's a way that you're processing what just happened, and there's a lot of intention about how you want to move forward. Usually that forms in that period. I told her that, and she was like, 'I have lyrics off the first listen pretty much and I think I know exactly what you're saying.' She didn't go far off of what the gibberish sounded like. I was like 'Wow, that sounds exactly like what I was saying and it makes perfect sense.' So that's Jupiter."

For more on Kelela's track by track breakdown, including her emotional reflection on "Bluff" and talk of her Evanescence-esque "Onanon," scroll on below and check out our video interview with the R&B singer. Take Me Apart is currently available for download on iTunes. 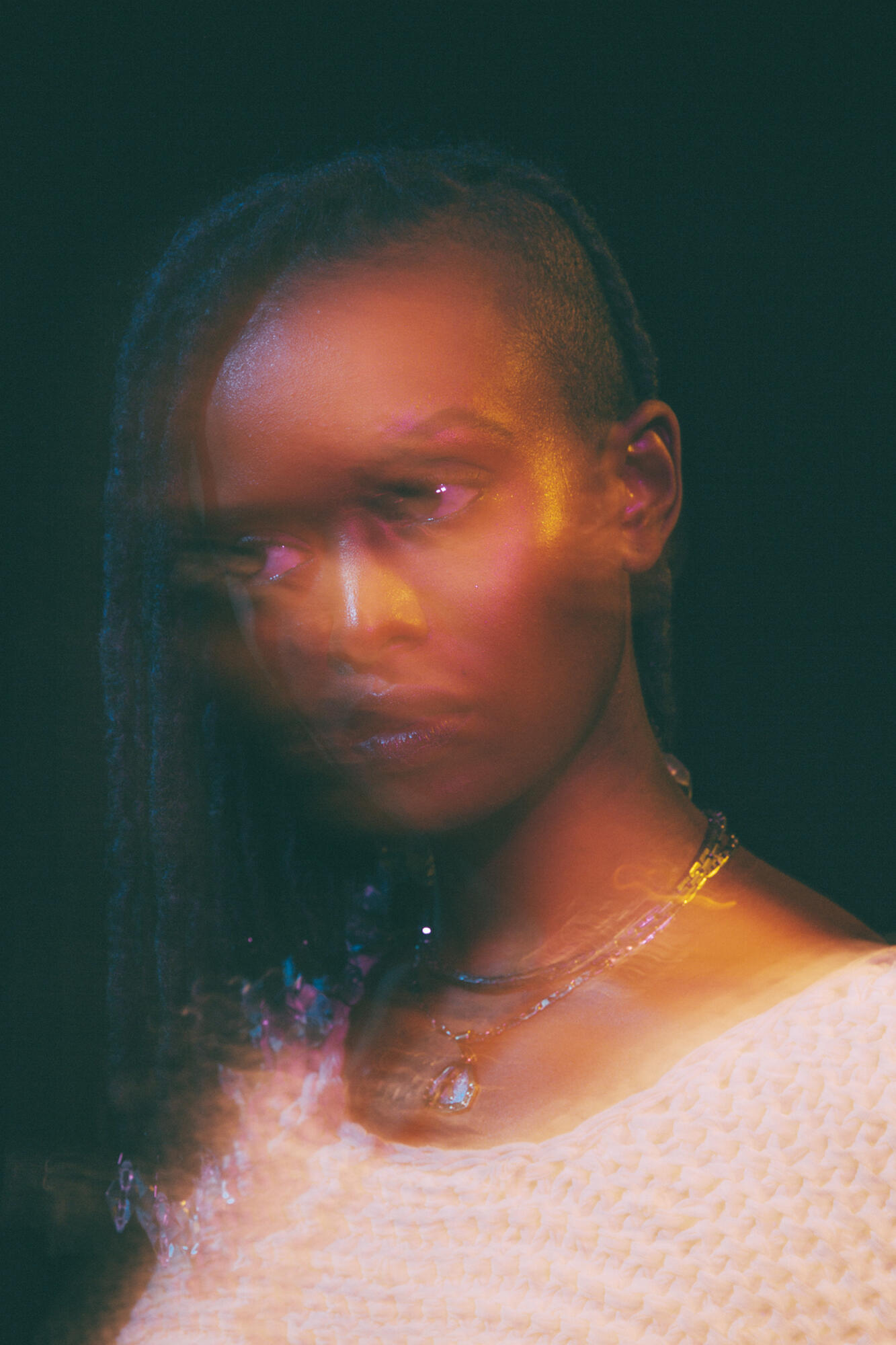 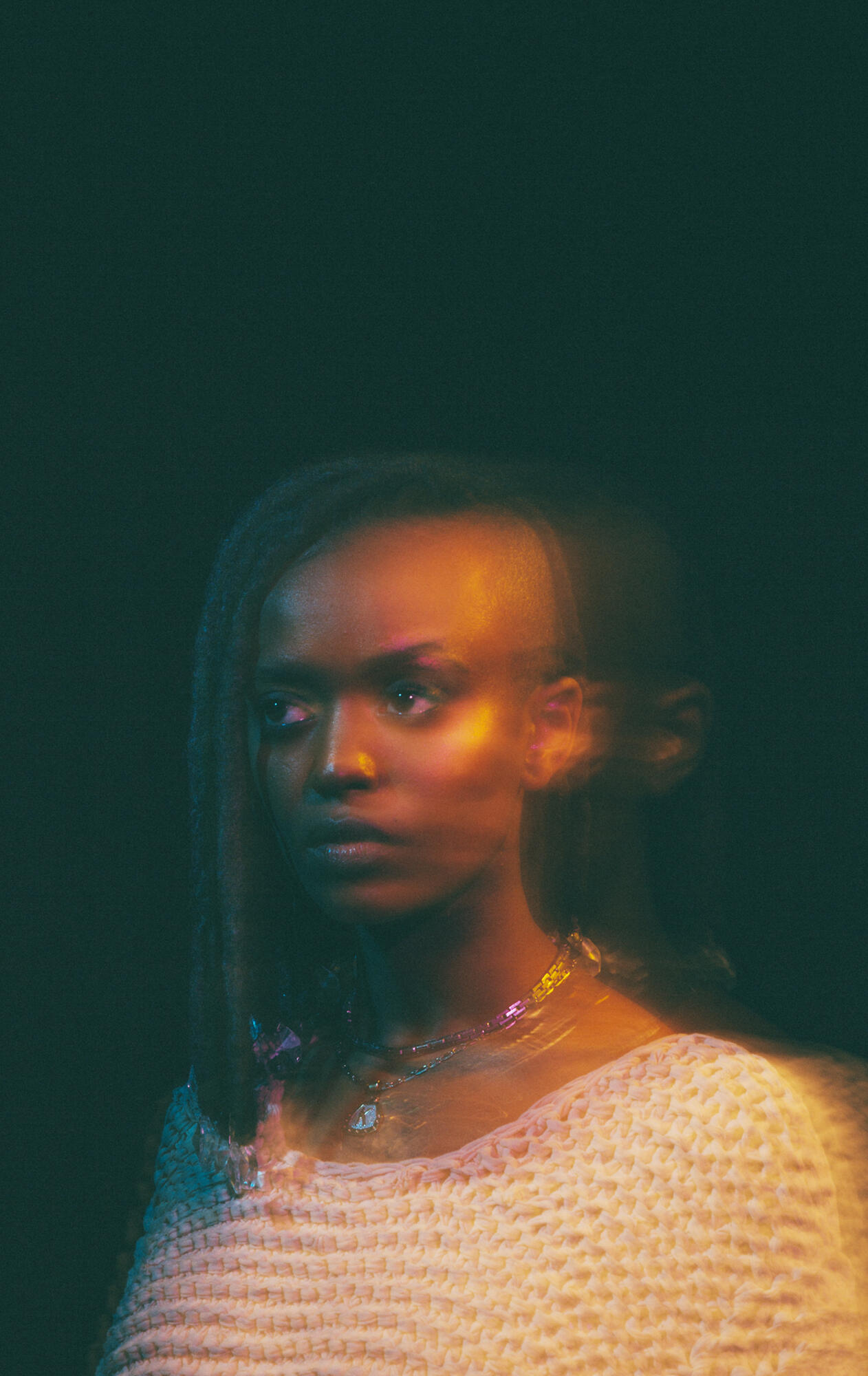 Chat About INTERVIEW: Kelela Shares Track By Track Breakdown Of 'Take Me Apart'