27 Times Harry Styles Was Too Pure For This World 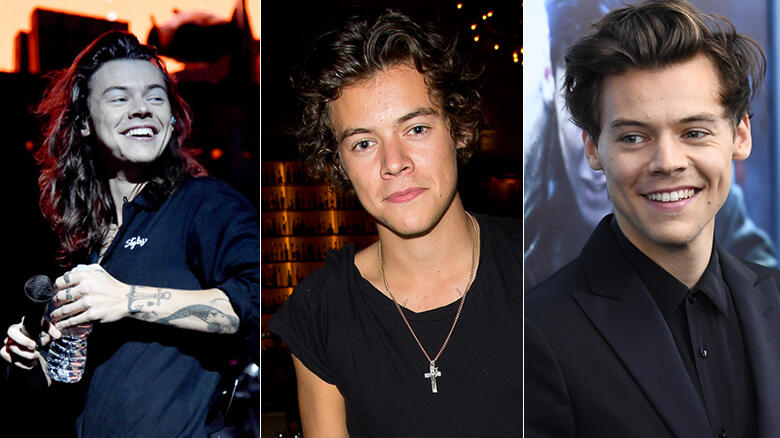 On February. 1, Harry Edward Styles turns 27 years old -- which means that the singer has had 27 years on this earth to bless us with his perfection. Whether that perfection comes in the form of charitable acts of kindness, interactions with fans, or just general endearing moments that make us glad to be alive, Harry's sweet compassion and genuine earnestness deserve to be lauded. In honor of Harry's birthday, we are celebrating 27 instances the singer was too good to be an actual human.

1. When he fell for the pregnant woman prank...

Back in 2012, Louis Tomlinson and Zayn Malik decided to prank the rest of One Direction by pretending that their Nickelodeon producer was pregnant, fake baby bump and all. The guys fell for it easily, and it was Harry who helped her with some serious Lamaze breathing when she pretended to go into labor.

2. When he helped a fan who was having a panic attack...

One fan was so overcome during Harry’s show that he paused mid-song and asked the crowd to give her room to breathe. "Is everyone OK? You still with me? Do you want to help her up? If everyone could give her some space. If everyone could chill for one second, we'll get some people," he said.

3. When he cried while getting stitches, according to Taylor Swift...

"Remember when you hit the brakes too soon? / 20 stitches in the hospital room / When you started crying baby, I did too," TSwift sings on "Out of the Woods," referring to the pair's 2012 snowmobile accident. Harry crying while getting stitches = RIP everyone.

4. When he cried while remembering the hateful things people were saying about him online...

Things got real in 1D's One Direction: A Year in the Making, particularly when Harry started crying when he recalled the mean things he read about himself online during The X Factor. "Why do you hate me? What have I done?" he remembered thinking at the time, choking up at the memory. The feels.

5. When he cried in the Another Man photo shoot...

OK, so the founder of the mag later revealed that "Harry cried because he had really bad hay fever," but his allergies made him so attractive they ended up keeping the shot in the magazine. "It ended up being so beautiful to see him crying like that." TRUTH.

6. When he visited the bakery where he used to work...

The way Harry so easily fit back into the hometown bakery he used to work in as a teen in 1D's This Is Us documentary is precisely the reason why "fame changed Harry" is a sentence that doesn't even exist.

7. When he bought a fan and her family dinner...

Because just making a fan’s life by meeting her, hugging her, and posing for a photo isn’t enough, Harry also footed the bill for one very lucky fan and her family after meeting them at a restaurant.

8. When he auditioned for "The X Factor" and said he was going to study everything in college...

16-year-old X Factor Audition Harry was so earnest. Asked what he'd study in college, he replied: "Law, sociology, business, and something else but I'm not sure yet." Sweetest ever.

9. When he turned his unimaginable kindness into a solid New Year's resolution for the world...

Harry's onstage antics are so endearing we can't even handle them. One of the best was when a fan threw her phone on stage and Harry casually replied to the girl's father, who had asked how the concert was going. "Show's going well so far. This is Harry texting from your daughter's phone," he texted back. "That sounds weird. Hope she enjoyed the show."

A fan blew Harry a kiss and there is video footage of him cupping his hand to "catch" it. BYE.

After growing out his hair for years and chopping it to film Dunkirk, Harry donated his locks to the UK's Little Princess Trust, which makes wigs for children suffering from cancer.

When GQ pressed him on how many partners he's had, Harry replied: "Two people. I've only ever had sex with two people. That's my answer. Read from it what you will!"

It's slippery up there, but Harry makes it look good.

15. When he wore a Larry Stylinson flag on stage, unaware it had anything to do with Larry...

At a 1D show in Sweden last year, fans close to the stage handed Harry a giant Swedish flag printed with an iconic #Larry tweet on the back (literally the second most retweeted tweet in all of history). Harry donned the flag like a cape, much to the fans' delight, totally not realizing the Harry/Louis connotation. The innocence.

Bless him, he tried.

Twitter lost its mind when Harry appeared to accidentally favorite a very, shall we say, NSFW tweet. Instead of brushing off the accidental fave, the singer tweeted: "Sooooo... the weather?" He's like a parent using the internet.

"I was having a wee," Harry explained when he finally joined his bandmates to accept the award.

20. When paused in the middle of a One Direction show to talk to a 9-year-old fan...

1D may have performed in sold-out stadiums, but Harry took extra special care to make sure the audience felt a personal connection, every time. Case in point? When he took the time to talk to a 9-year-old kid in the middle of the show, jokingly discussing the young boy's relationship status.

Just like a mom who signs her all of her texts, "Love, Mom."

22. When he was obsessed with wearing those headbands...

23. And when he called out his friend who stole his girl when they were 14...

One Direction was in the middle of performing a stadium show in Norway in 2015 when Harry paused to call out a longtime friend in the audience, a guy who once stole his girlfriend when they were 14. "I was 14 and Jack Robinson stole my girlfriend," Harry informed the crowd while the camera panned over to the guy. "So if he's still here at the end of the show -- feel free, little kicks, little digs on the way out." Stay pure and so adorably petty, Harry.

24. He shut down the Westboro Church with a single tweet.

When the notoriously anti-gay West Baptist Church set up camp near a One Direction concert back in 2013 to protest the group, Harry tweeted in support of equality for all, writing, “Despite the company outside, I believe in equal rights for everyone. I think God loves all. Thanks for coming to the show though.”

IG || “Just came home and found out who was house sitting... 😶” (©️theadoraaaaaaaa) pic.twitter.com/Et14ddcU5r

The ultimate gift for a mega-fan.

26. All of the times he's shown support for the LGBTQ+ community.

In a Rolling Stone interview, he said "I want to make people feel comfortable being whatever they want to be... maybe at a show you can have a moment of knowing that you're not alone."

27. When he wore a dress on a magazine cover.

Did you see his Vogue shoot? Iconic.