Apple released its twelfth official update for iOS 11 this morning and it includes a host of new features that any Apple fan will be pleased to see.

The biggest reason to update your phone is for one feature Apple has been teasing users with for months now. The latest update for iOS includes a "Battery Health" indicator that gives users more details about their device's maximum battery capacity and peak performance capability. The new feature was added after it was revealed Apple slowed down older iPhone models because of power management.

The new feature will also allow users to turn off performance management completely if they desire. 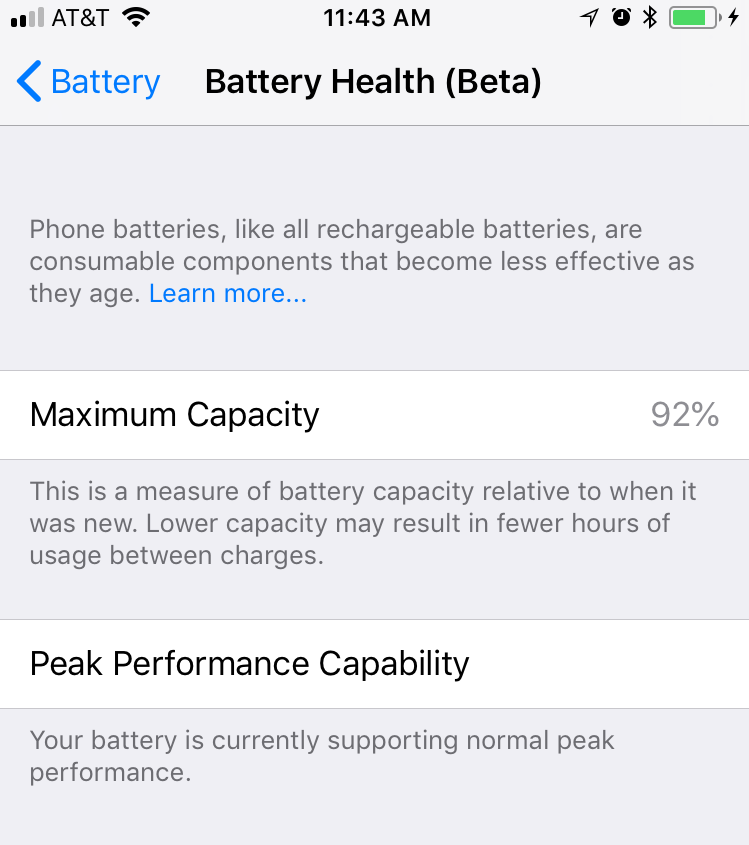 Performance management isn't the only new feature. Developers were given a new set of toys to play with to create new and better Augmented Reality apps. Apple says ARKit 1.5 is better at mapping irregularly shaped surfaces, and has image and object recognition features. Virtual objects can now be placed on vertical surfaces like walls.

Users can also collect their health records and keep their all in one place with the new update. The feature is available to anyone who has a participating provider. You can find out if your medical provider is participating here.

The update didn't just focus on under the hood issues. It also added a four new Animojis for Apple X users including a Lion, dragon, bear, and skull.

Other new features include hand-picked content and top videos in Apple News, as well as support for Advanced Mobile Location - a way for first-responders more accurately find people who are in trouble.

Finally, some help for those who love reading reviews on Apple's App store. You can now view reviews by Most Helpful, Most Favorable, Most Critical, and Most Recent.

The full release notes for Apple's latest update are below:

Business Chat (Beta) - US only

Health Records (Beta) - US only

Other improvements and fixes