Celebrities That Announced Their Pregnancies During Quarantine

2020 has been quite the eventful year. While it has brought its challenges, it’s also brought a newfound hope for a brighter future, and nothing says assurance for happier days like baby news.

From Teyana Taylor to Gigi Hadid to Eniko Parrish to Emma Roberts, a number of celebrities have announced that they’re expecting amid the coronavirus pandemic. 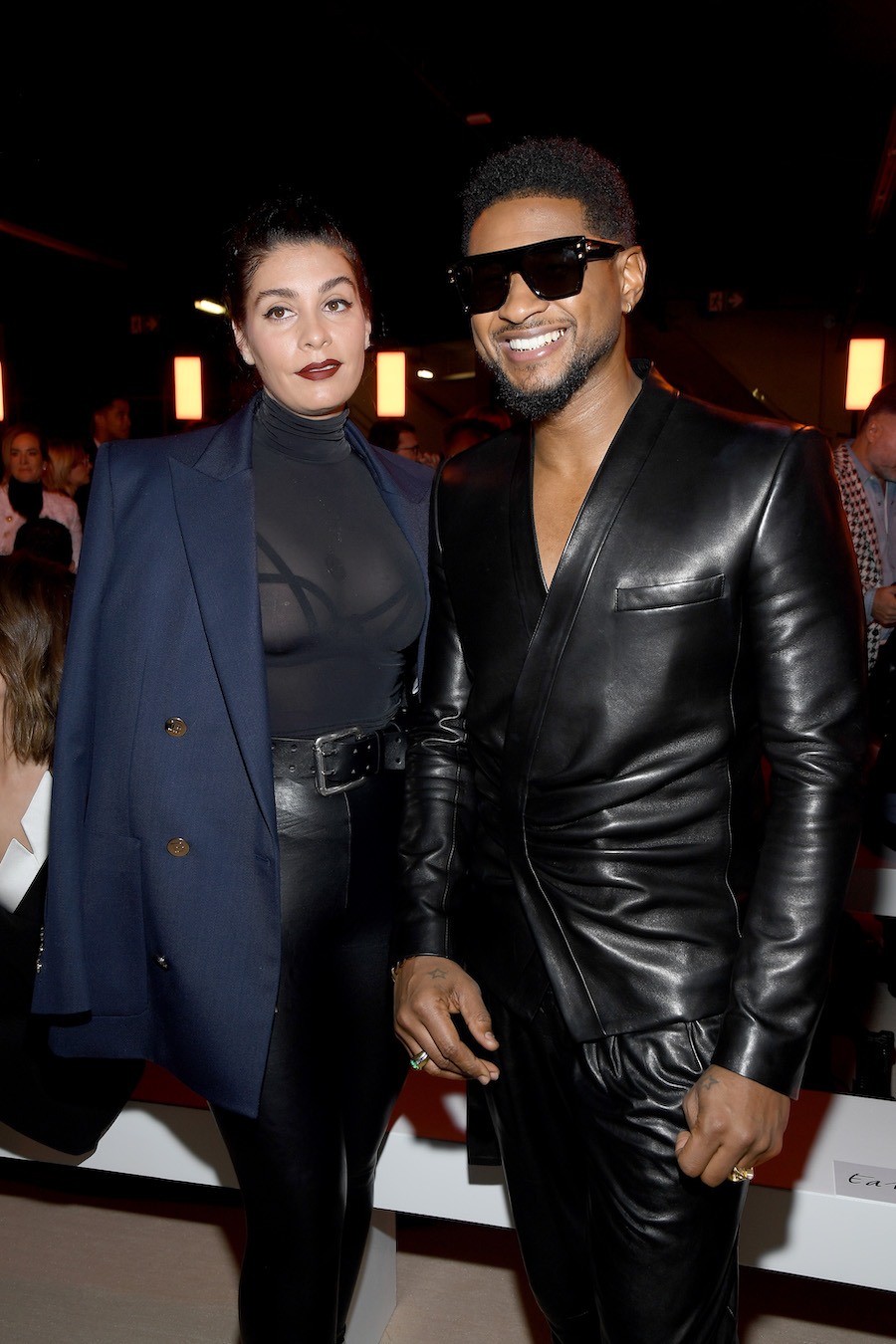 News of the pair’s expecting child arrives just before their one-year anniversary as they were first photographed together at a concert in October 2019. The two were just spotted in a production studio in Los Angeles on Monday with Goicoechea’s baby bump on display. 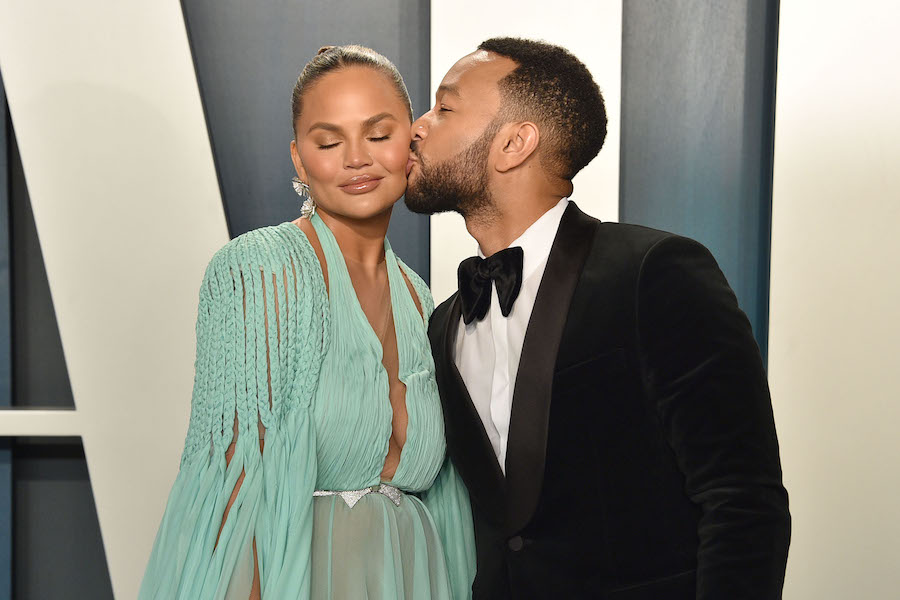 On Thursday (August 13), Legend dropped the music video for his new single, "Wild," and it included a big surprise at the end of the clip. Throughout the visual, viewers catch the couple, alongside their children, on the beach but the viral moment arrives when Teigen puts her hands on her stomach to reveal a tiny baby bump. The stars are already parents to daughter Luna and son Miles. 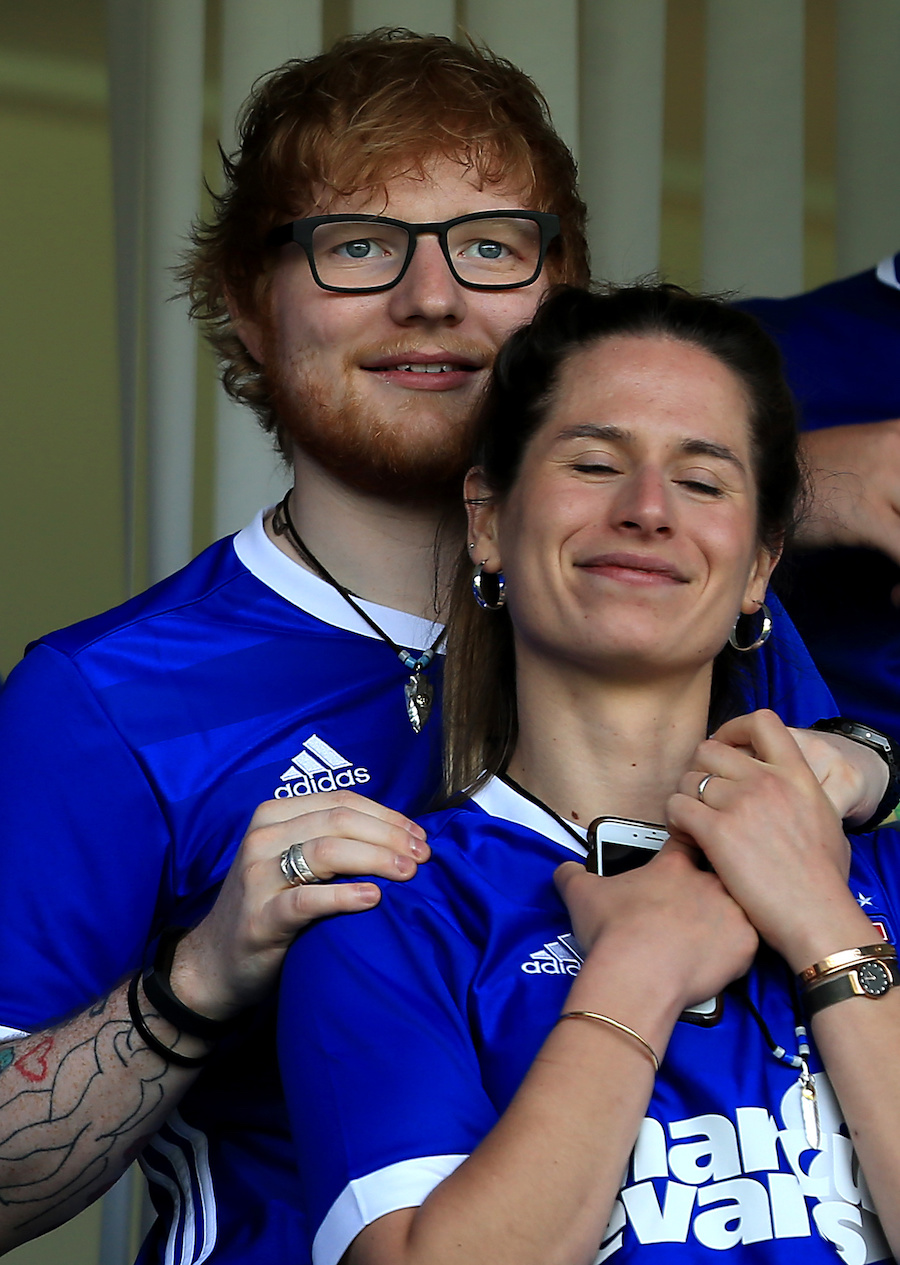 “They are keeping details of the baby’s sex and due date just to family until after the baby is born, which will be soon,” a source confirmed to Us Weekly. “Ed will make a great dad. He loves kids, and he built his big home in Suffolk, [England], with the plan to start a family.” 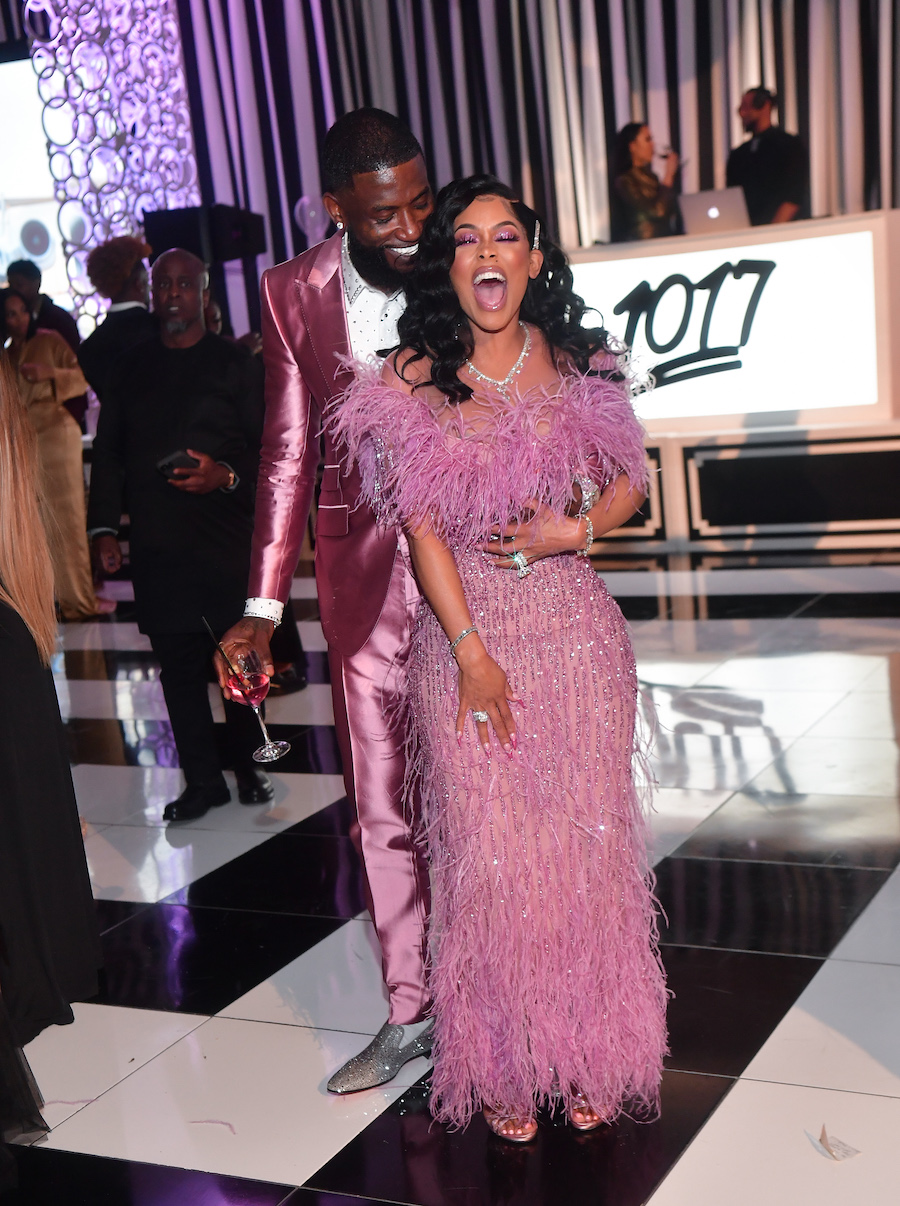 On Friday (August 14), Mane and Ka’oir announced that they are expecting! The couple shared similar photos on Instagram of the model showing her growing baby bump while wearing black lace lingerie. 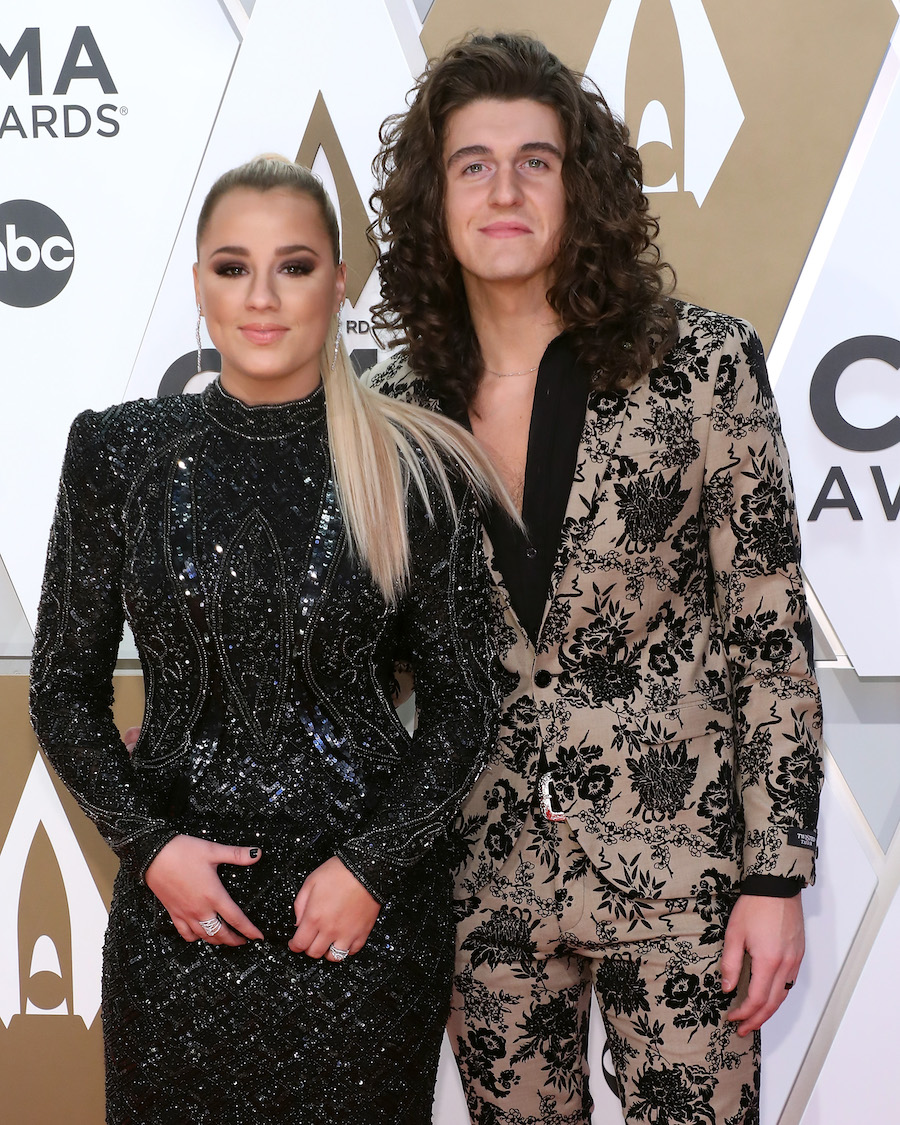 Love. Marriage. Baby carriage. Overflowing with excitement & gratitude. Thank you all for the well wishes. 💛

The rapper broke the news herself on social media, taking to Instagram with an image of herself posing with her baby bump on full display. 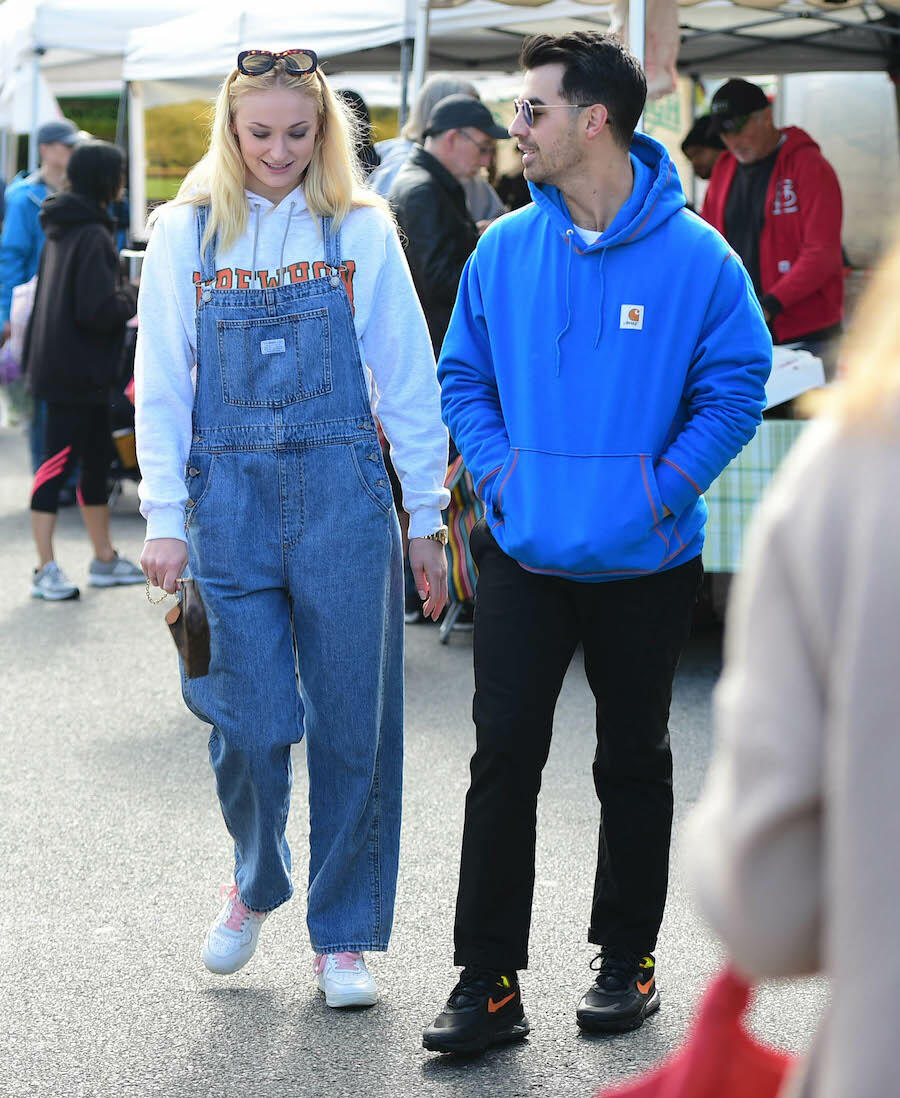 Although neither Turner nor Jonas have publicly announced their pregnancy news on social media or elsewhere, the 24-year-old has been spotted with her baby bump on display on more than one occasion since the word broke in February. 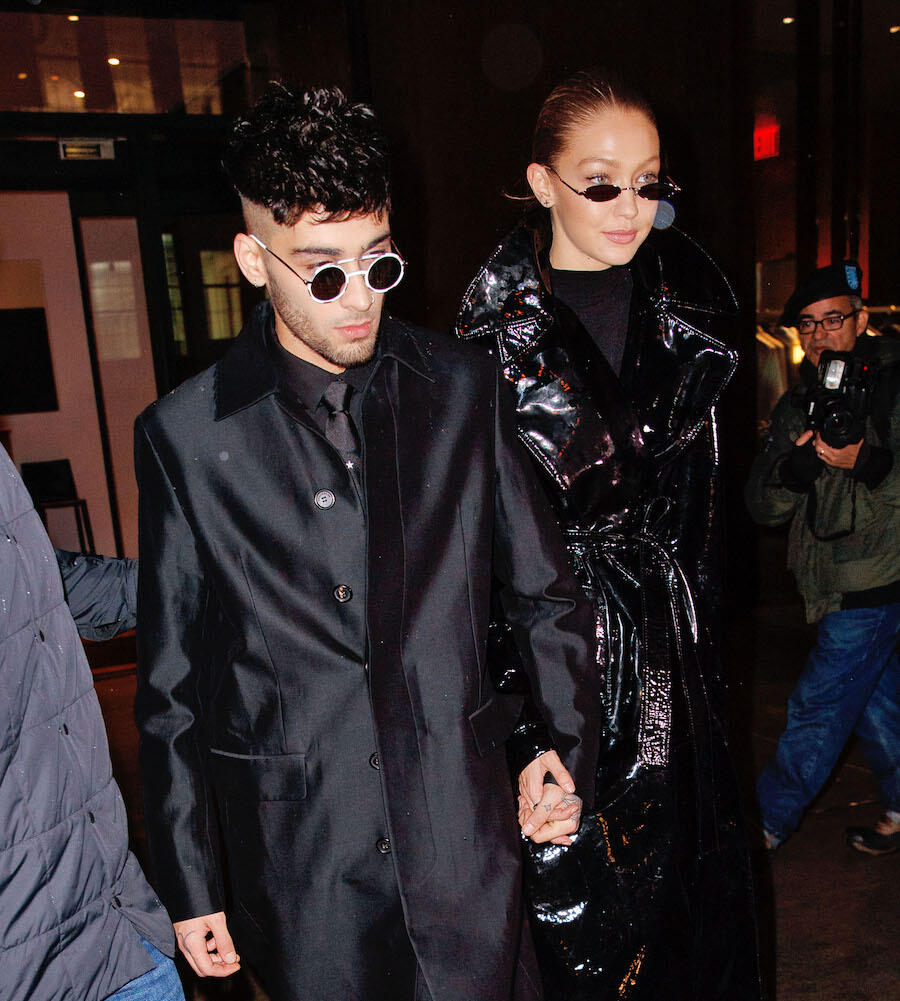 The runway model officially confirmed her pregnancy during an interview with Jimmy Fallon for The Tonight Show.

Perry’s music video for the song “Never Worn White” confirmed that she and Orlando Bloom are expecting their first child together. 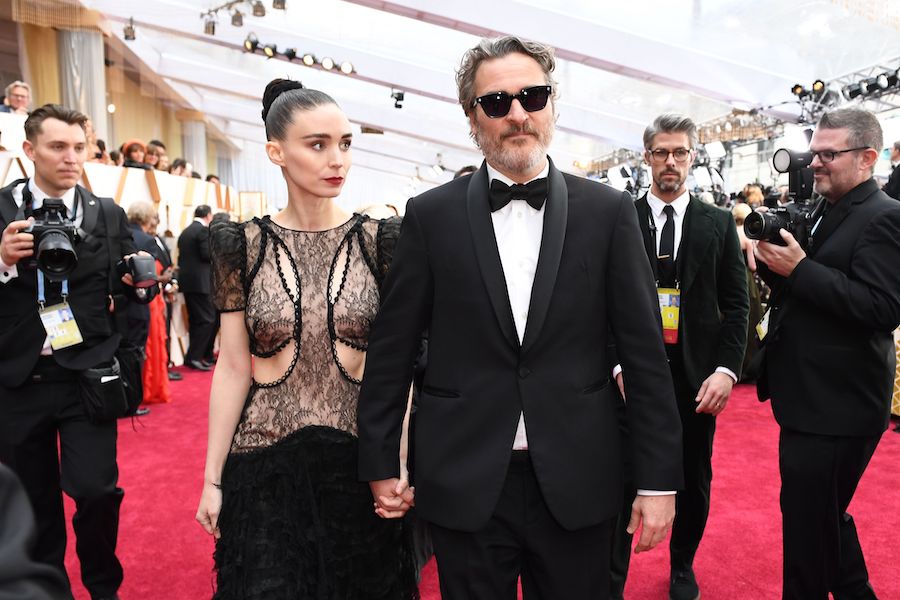 While the couple have yet to make a public announcement, Page Six reports that they are expecting. 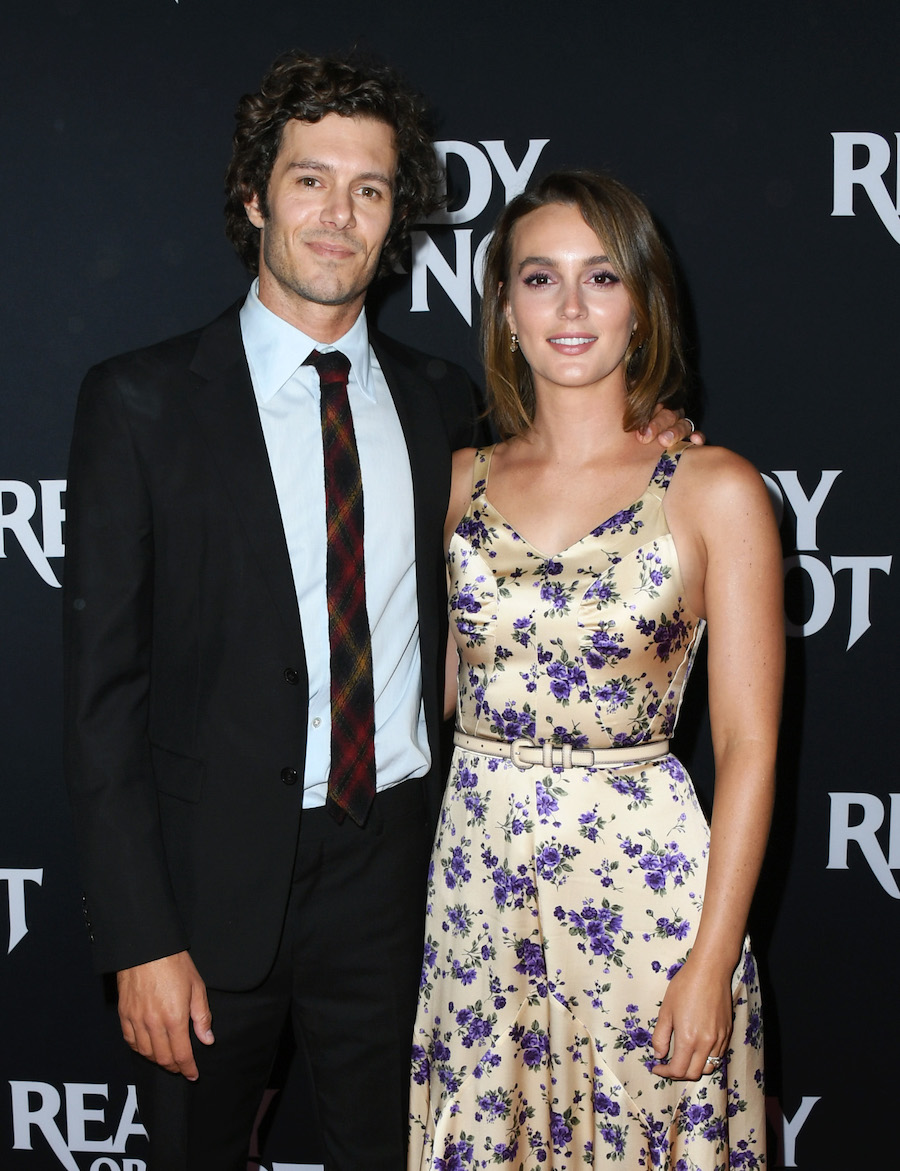 The Gossip Girl star and The O.C. alum are expecting their second child together!

I’ve never in my life saw a man so happy to be a father. The entire pregnancy you were smiling from ear to ear and documenting EVERYTHING! BOTH, I and @ReminisceMacKenzie are in love with you LOL 💋 Thank you for being a great father to our baby and all our grown kids as well. We love you Daddy🥰 #BLACKLOVE #MeetTheMackies #RemyMa #RealFathersExist

Remy Ma and Papoose are expecting their second child together. On July 6th, Papoose announced the exciting news during an interview on Fox Soul.

carmella is gonna be a big sister!!! our rainbow baby is coming in january 🌈

Six months after revealing that she had suffered a miscarriage, Perri shared her exciting news that she is expecting another child with her husband. 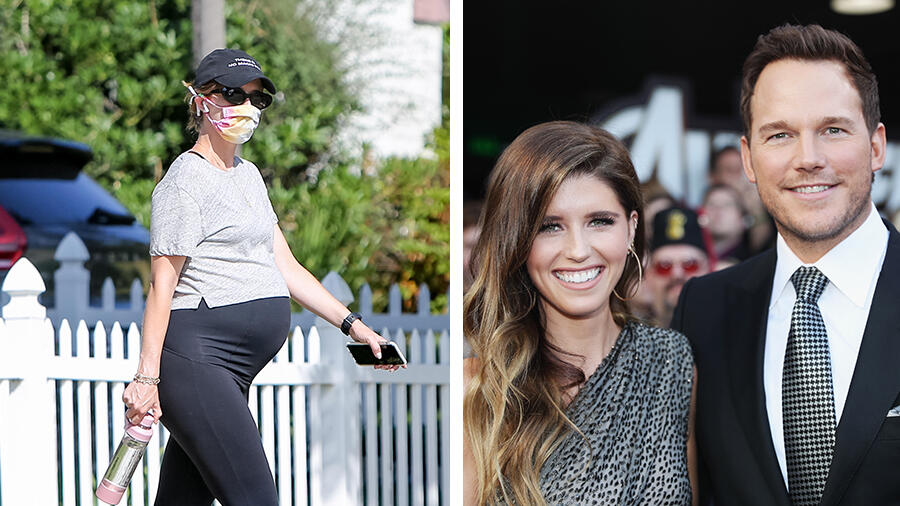 Shwarzenegger is expecting her first child with Chris Pratt. The couple married last year after a year of dating.

On June 12, Taylor unveiled her baby bump -- subsequently confirming pregnancy rumors -- in the music video for her new single “Wake Up Love.”

After one year of marriage, the Glee alum and her husband are expecting their first child together!

The “Boyfriend” singer and her husband are expecting their second child together.

Those of you who have already watched module one of #Unleashed already know this, but building this course has also coincided with my pregnancy ❤️ Opening up in such a deep way while creating life has been such a gift and I’m honored to continue sharing, growing, and UNLEASHING with you all over the course of the next four weeks.

The How to Get Away with Murder star announced in an Instagram post that she’s expecting her second child with her husband Marshall Trenkmann.

We are so beyond excited to finally share our sweet news with all of you ✨ we will be welcoming a precious little human this October! Today marks our 2nd wedding anniversary and what better way to share our joy then on the day when our lives changed forever (the first time 😉) Motherhood is officially my favorite role ever! 🤍 @hudsonsheaffer thank you for making me a mom and for always being my unwavering rock and safe place. You bring out the adventurer in me and I feel like my truest self when I’m with you, luckily that’s all the time! I love every part of you with every part of me and will continue to love who you are and who you become especially as we enter this brand new chapter 🤍 Happy Anniversary baby! 🎉

The Pretty Little Liars star is expecting her first child with her husband, Hudson Sheaffer.

Eniko Parrish and Kevin Hart are expecting another child together.

In late June, the Philadelphia Phillies right fielder and his wife announced that they’re expecting a baby girl.

While the joy in this photo was real, it was an especially meaningful moment to my wife and I cause we suffered another miscarriage last Christmas (that makes 4 for us now) so we are thankful that we are now out of the stage where miscarriage is likely...and I know this story is a bit of a downer, but I wanted to share it cause I know there are families out there who have experienced similar struggles and pain. My wife and I know what it feels like to find out you’re pregnant and instantly be hit with fear thinking you’re cursed to another miscarriage...we feel you. But don’t give up! Don’t lose hope! Depend on one another! Keep searching and trying to figure out why! My wife and I never gave up and we discovered a severe progesterone deficiency which seems to have been our culprit. The answers are out there :) #joy #itsaboy #grateful PC: @christineskariphotography

The Wizards of Waverly Place alum and his wife, Maria Cahill, are expecting a baby boy in December!

We’ve been keeping a secret.....Brian and I are thrilled to announce that we are expecting our first child this Fall! We could not be more excited about this next chapter in our lives, and can’t wait to welcome our lil bean into the world. ✨ #babymakes3

Jordan Pruitt and her husband, Brian Fuente, are excited to welcome their baby, calling the news “a light in the darkness” amid the pandemic.

This baby will not follow the 6’ rule!!! Popping bottles this summer 🍼 😎

The Awkward actress excitedly revealed her pregnancy on Instagram!

In the midst of these uncertain times, we’ve been blessed with a joyful reminder of what’s most important. Our first little one will be joining us this summer. 🍼Sending love to you and your families, may you stay safe and healthy. 💗#isolatingbutihavecompany! #saferathomeCA #istayhomefor #letstakecareofeachother #grateful

The Lost alum has a baby on the way. 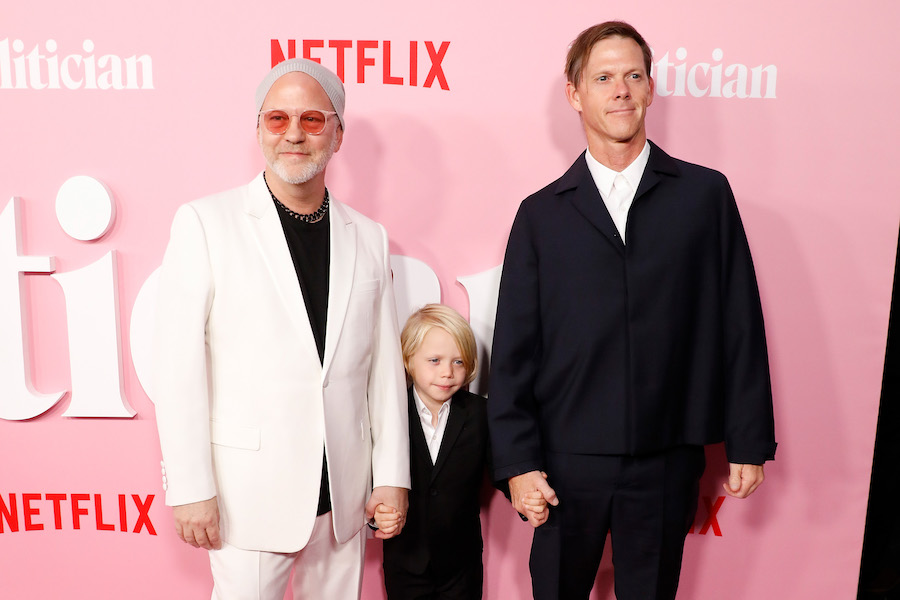 The American Horror Story co-creator announced that he and his husband, David Miller, will be welcoming their third son together this summer. 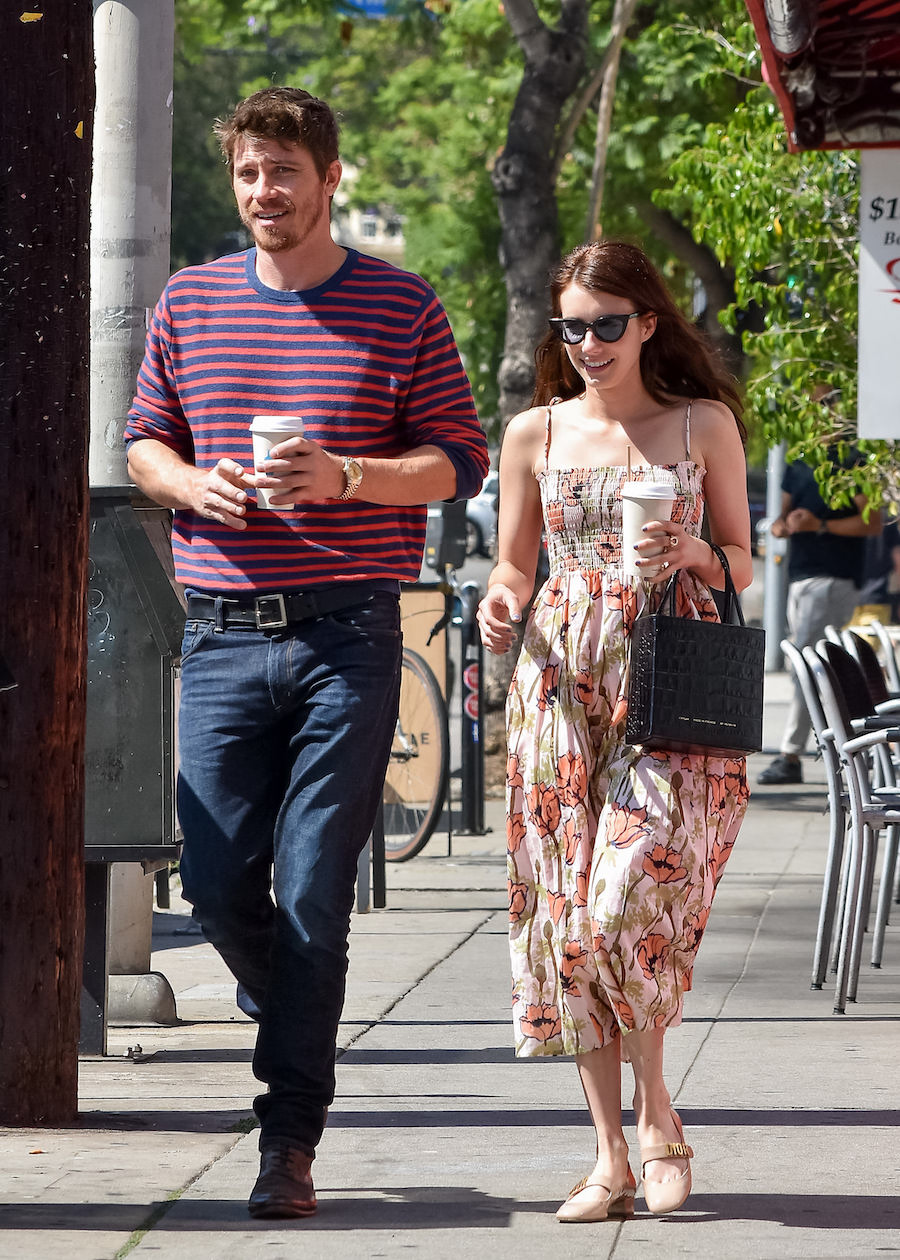 The American Horror Story actress is expecting her first child with her boyfriend Garrett Hedlund.

Chat About Celebrities That Announced Their Pregnancies During Quarantine