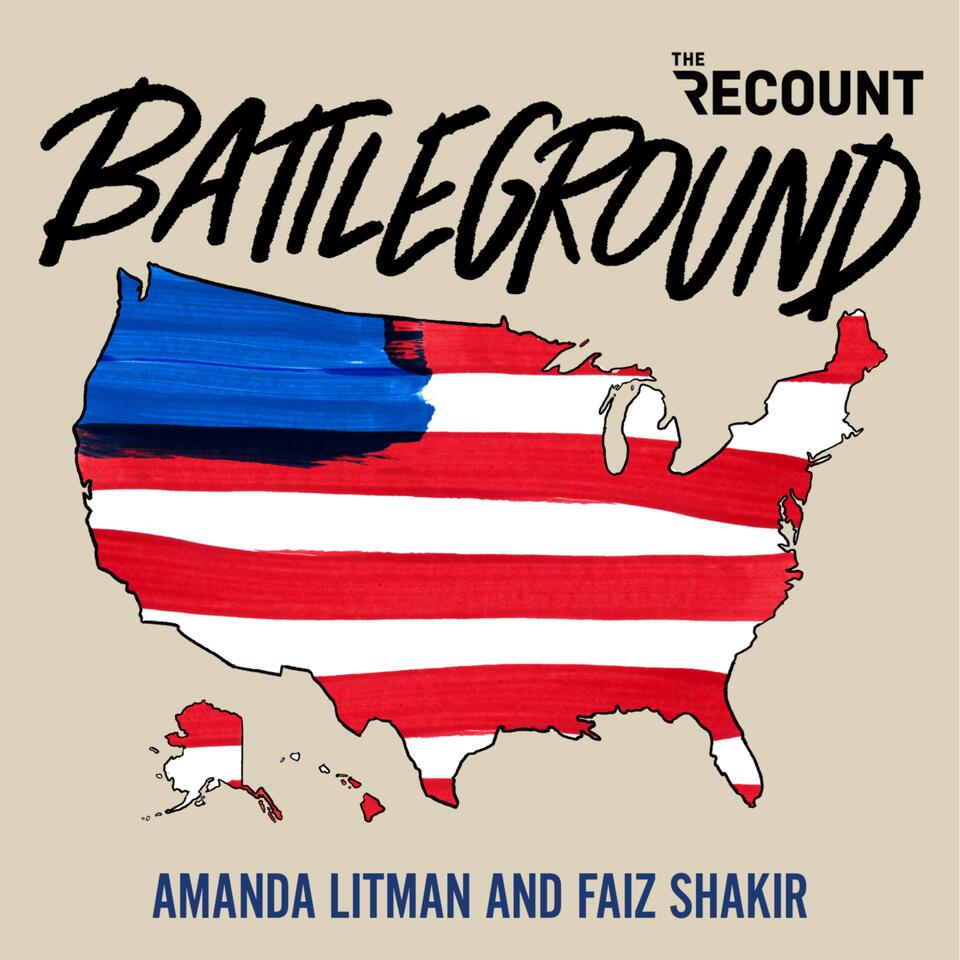 Battleground brings you inside the fight for political power.Hosts Amanda Litman and Faiz Shakir aren't your typical pundits – in fact, they're not pundits at all. They're doing the work day-in and day-out, and have the inside scoop on what's really happening behind the tweets and headlines. (Imagine listening to the mic'd-up quarterback in the final down of the fourth quarter, but instead of talking football, it's about saving democracy.)Every week, Amanda and Faiz have a wide ranging, unguarded, and occasionally profanity-laden conversation with reporters, activists, organizers, political scientists, campaign operatives – and even some conservatives – in order to shine a light on the problems we face and figure out how we can fix them.Both bring deep knowledge and experience building grassroots movements for change. Amanda is the co-founder and executive director Run for Something, which recruits and supports young progressives running for local state and local offices, and host of the Run for Something podcast on Dear Media. Faiz was the campaign manager for Bernie Sanders 2020 presidential campaign, and he's the founder of the progressive media non-profit More Perfect Union. Listen to new episodes each Thursday on your favorite podcast app. See acast.com/privacy for privacy and opt-out information.

QAnon: Coming to a School Board Near You with Mike Rothschild

The Tyranny of Merit with Michael Sandel

‘You Can’t Out-Organize a Gerrymander’ with David Daley

Voting is Not a Constitutional Right with Jessica Huseman

How to Undo GOP Control of the Courts with Brian Fallon

Why ‘No Climate, No Deal’ Makes Sense with Jamal Raad

How to Spend Ad $$ with Danielle Butterfield of Priorities USA

Anti-CRT is the New Tea Party with Tyler Kingkade

'Should the Dems Pick a Fight?' with Michelle Goldberg

A Nuanced Look at ‘Cancel Culture’ with Alyssa Rosenberg

'Trump Needs to Spend Time in Jail' with Elie Mystal

'Shamelessness is a Now a Virtue' with Charlotte Alter

Do the Democrats Need Billionaires? with Teddy Schleifer