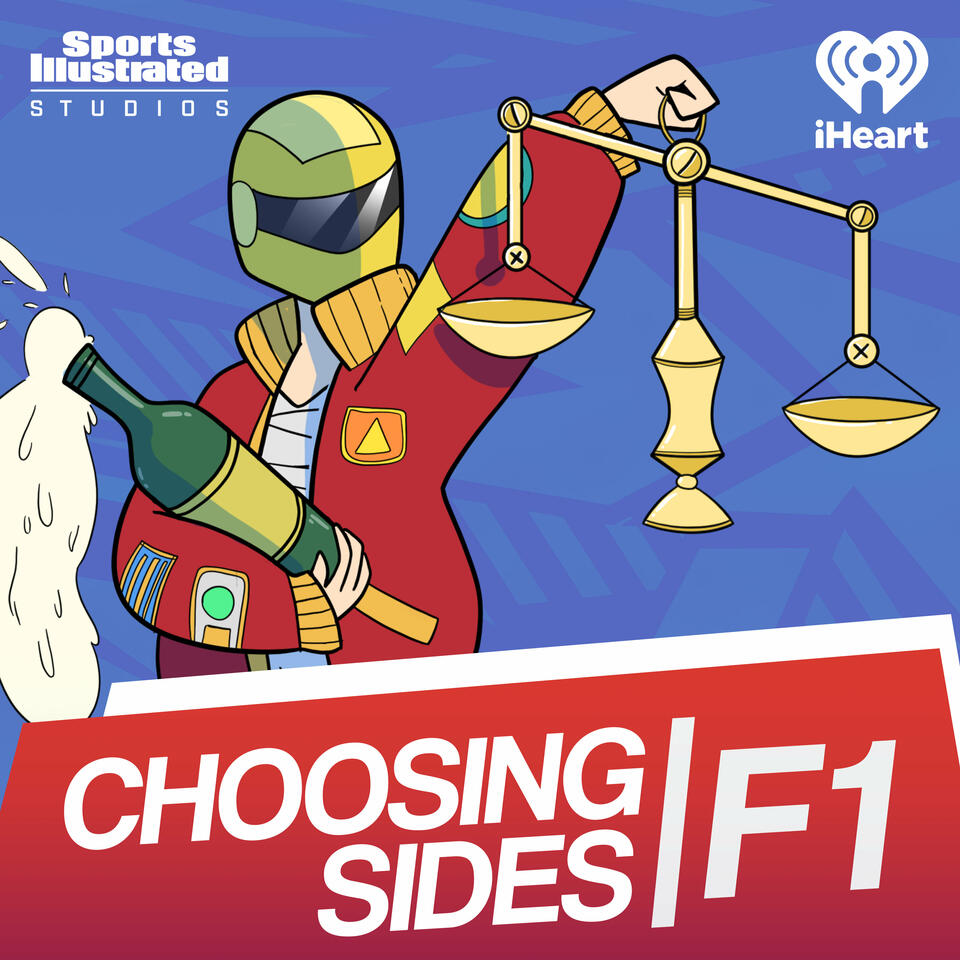 Hosted by Michael Kosta of the Daily Show and Lily Herman of Engine Failure. | To more than one billion fans worldwide, Formula 1 is the pinnacle of motorsports, with death-defying races, state-of-the-art machinery, exotic locales, and billions of dollars at stake. But to many Americans who follow only the Big Four sports, it’s mostly a car series confused with NASCAR. Luckily, the tides are changing. In recent years — and thanks in part to Netflix's ultra-popular Drive to Survive series — Formula 1 has finally gained a foothold in the United States. But there’s more to these teams and their drivers than simple stats, race wins, and championship standings. For instance, when did Mercedes team boss Toto Wolff become both a meme magnet and a thirst trap? How did Haas, the only current American-owned team, lose millions of dollars to a sketchy energy drink tycoon? And which driver received death threats and hired a bodyguard at the end of last season all because he crashed into a wall? In each episode, F1 expert-in-residence and walking pop culture dictionary Lily Herman will give our host, Daily Show correspondent Michael Kosta, the dirt on a team, its history, and its drivers, from how they came up through the sport to the messy problems they’ve had in recent seasons. In the end, he’ll announce the team and driver he wants to support in 2022 and beyond. Who will he choose? It’s lights out and away we go on Choosing Sides: F1. New episodes of "Choosing Sides: F1" drop every Tuesday, beginning June 28th!

Another week, another midfield team that begins with an "A"! In this latest installment of Choosing Sides: F1, Lily and Michael discuss Red Bull's sister team AlphaTauri and what it even means to be a "sibling" to RBR. They also talk about the team's two very likable drivers, including fan-favorite Pierre Gasly and delightful (and ever off-the-cuff) Yuki Tsunoda. But at this point in both of their careers, t...

Alpine - A Renault By Any Other Name

Wow, we're now comfortably in the midfield of the F1 grid! On today's episode, Lily and Michael dive into the confusing, inconsistent, and sometimes scandal-ridden history of Alpine, otherwise known until rather recently as Renault. You'll get to hear all about a second -gate called Crashgate and meet two very intriguing (and different!) drivers in the legendary Fernando Alonso and the scrappy Esteban Ocon.

After three weeks of two-parters, it's time for our first single-team episode. This week, Lily and Michael discuss the storied history of McLaren, which spent decades at the top of the standings before struggling in recent years. In addition to covering the very contentious Spygate scandal, the pair also address McLaren's two drivers: The rising star Lando Norris and the perennial favorite — and struggling — Daniel Ricciard...

In part two of their look at Ferrari, Lily and Michael talk about the two drivers who race for the team: The speedy (and high-cheekboned) Charles Leclerc and steadfast (and thirst trap-y) Carlos Sainz. Don't let their fun banter as teammates fool you: Both of them want to win and believe they have what it takes to get to the top. The question is, who will Ferrari prioritize when push comes to shove?

Special thanks to our guests:...

It's time to leave the land of energy drinks and switch gears to the world of the Prancing Horse. In part one of this two-parter, Lily and Michael take on the long history of Ferrari, the only team on the grid that's participated in every season of Formula 1. But before we get to who's driving the cars, let's meet the man at the center of the team and much of its controversies: The legendary Enzo Ferrari.

We're back with the second episode in our Red Bull two-parter, and it's time to talk drivers. On one side of the garage is reigning World Drivers' Champion Max Verstappen, a young racing prodigy known to never back down from a fight — sometimes to his own detriment. On the other side is Sergio "Checo" Perez, a veteran driver who's consistency and reliability initially earned him a spot on one of the grid'...

Strap on your parachute and jump in to the first of our Red Bull two-parter. On today's episode, Lily and her crew of guests take Michael on a journey to give him wiiings — and by that, we mean tell him the interesting history of the Red Bull energy drink company as well as the F1 team. We'll also meet two very well-known shit stirrers in the Formula 1 paddock by the names of Christian Horner and Helmut Marko. Bonus: There ...

In this second episode of our Mercedes two-parter, Lily and Michael dive into the drivers at Mercedes. On one side of the garage is Sir Lewis Hamilton, the fashionable seven-time world champion, activist, and GOAT of Formula 1 who holds the distinction of being the sport’s first and only Black driver. On the other side is George Russell, the young gun who finally took his rightful place on the Mercedes throne after three years toil...

Now that Michael knows the basics of Formula 1, it’s time to get into the teams. On the first episode of this two-parter, Lily and Michael learn all about the eight-time World Constructors’ Champion Mercedes.

After spending the better part of the 2010s and the very early 2020s dominating the sport, Mercedes has hit a bit of a rough patch. But before they get to that, the pair will talk about the team’s early tragic history in Formu...

Let's get this party started! On this inaugural episode of Choosing Sides: F1, comedian Michael Kosta (of Daily Show fame) and walking pop-culture encyclopedia Lily Herman start a hilarious, engrossing journey into the world of Formula One. Our resident-F1-expert Lily takes our resident-F1-novice Michael through the basics of what makes F1 just so dramatic and obsession-worthy. They’ll dive into big questions such as, why does ...

What’s the deal with Formula 1 racing? Is it just a bunch of European adrenaline junkies with a death wish? And how does it differ from something like the American-based NASCAR or IndyCar series? In reality, there’s way more to it. F1 combines some of the world’s great engineering feats, drivers with the athleticism of Olympians, and a captivating billionaire's playground. But while there’s never a dull moment in this sport, ho...