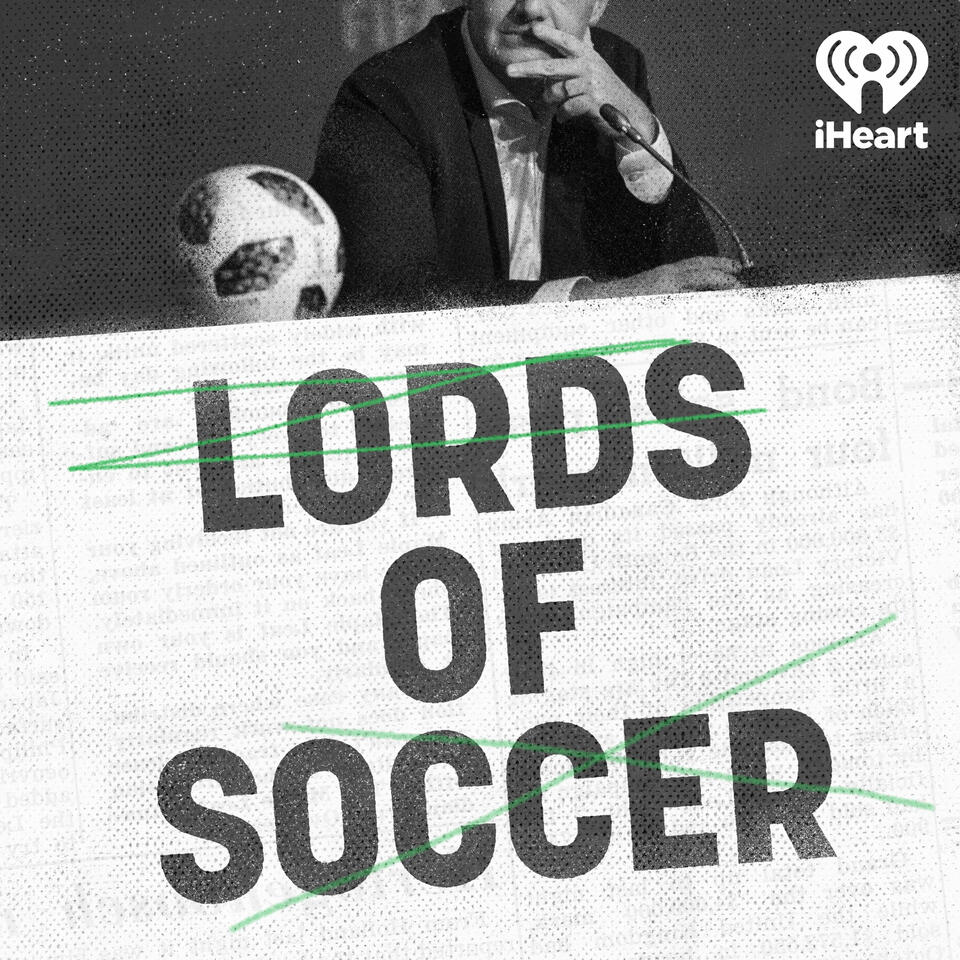 Soccer is the most popular sport in the world. It boasts some 250 million players in 200 nations. It's the sport of the people. At the top of the professional pyramid is FIFA - a somewhat mysterious group of elite businessmen who promote the sport and organize the biggest international contest on earth, the World Cup. The contest generates billions in revenue and attracts billions of fans. But behind the spectacle lurks an ugly truth.

How did this small, Middle Eastern autocracy, with no international soccer pedigree or modern stadium infrastructure, land the ultimate international sporting competition: the 2022 FIFA World Cup? Money. Lots of money.

Today’s episode is all about hope. The stunning success of the U.S. Women’s National Soccer team offered FIFA a roadmap to a better way of doing business, one that promised soaring profits while embracing the organization’s core mission: to spread soccer and fair play around the globe. Instead, FIFA relegated the women’s game to second-class status even after seeing record crowds. In choosing to stick with its old corrupt ways, FIF...

FIFA’s appalling behavior in Chile and Argentina is ancient history…right? You’d think world soccer’s governing body would have learned its lessons and modernized by 2014, but you’d be wrong. In the soccer-mad nation of Brazil, FIFA was faced with a choice between profits and people, and FIFA did what it always does - it put profits first. Screw the consequences.

The World Cup of Shame, Part 2

After spending millions of dollars they didn’t have to build World Cup infrastructure, and disappearing anyone opposed to their lavish plans, Argentina’s military junta turns its eyes on an even bigger prize – a World Cup victory on its home soil in 1978.

How far would General Videla and his henchmen go to win? And would FIFA ignore their blatant efforts to rig the World Cup?

The World Cup of Shame, Part 1

In 1978, FIFA faced a simple choice: Play the World Cup in a nation ruled by a brutal military dictatorship, or move the tournament to a country that better represented the global values of fair play at the heart of FIFA’s mission. FIFA chose to chase dollars rather than stand up for human rights. This is Argentina ‘78, the World Cup of Shame, Part 1.

In this episode, you’ll hear how the Lords of Soccer abused their positions to prop up and promote a violent dictatorship in Chile, all in the name of profit.

The Era of Gold

The slow march toward corruption continues… When Brazilian businessman João Havelange took control of FIFA in 1974 it was still a modest operation, with six permanent staff and virtually nothing in the bank. By the time he retired in 1998, the soccer organization had $4 billion in the bank. But the man who built FIFA into a multi-billion dollar marketing machine would also be implicated in a string of scandals involving millions in...

An organization like FIFA does not become corrupt overnight. So how did it happen? Well, long before FIFA became stuff of criminal lore, soccer’s governing body was simply known to be racist and morally corrupt. From supporting South Africa’s racist apartheid regime to propping up authoritarian dictators, FIFA’s so-called Golden Years were more blood red than gold. At the top of the pyramid for much of this, an Englishman named Sta...

The Fall of Sepp

The most powerful man in world sports. The king of international soccer. FIFA President Sepp Blatter commanded the attention of global superstars and political leaders alike during his 17-year reign. He had also survived every scandal that came his way - and there were a lot of them. He seemed to be made of teflon and then, in a blink of an eye, his luck ran out.

In December 2010, FIFA President Sepp Blatter, surrounded by celebrities and politicians from around the globe, announced that Russia and Qatar would host the next two World Cup tournaments. The news shook the world. The choice of two authoritarian regimes, with troubling human rights records and little if any soccer infrastructure, set off alarm bells. How could this happen? Among those asking the question, federal agents in the U...

The five-star Baur-Au-Lac Hotel in Zurich, Switzerland caters to the world’s elite. Among its regular patrons, members of FIFA, which has its headquarters nearby. In May of 2015, just as the sun rose over bucolic Lake Zurich, authorities raided the hotel. The corrupt empire the Lords of Soccer had built was crashing down around them. Many FIFA’s biggest names would find themselves in handcuffs, led out by Swiss police as part of a ...

Chuck Blazer was one of the most powerful men in international soccer - or football, as most of the world knows it. As a member of FIFA’s executive committee, he was among an elite few who managed the World Cup, the globe’s ultimate sporting competition. To his fellow Lords of Soccer, Blazer was loyal; and like many of them, he was utterly corrupt. In November 2011, two federal agents stopped the eccentric sports executive outside ...

Introducing: The Lords of Soccer