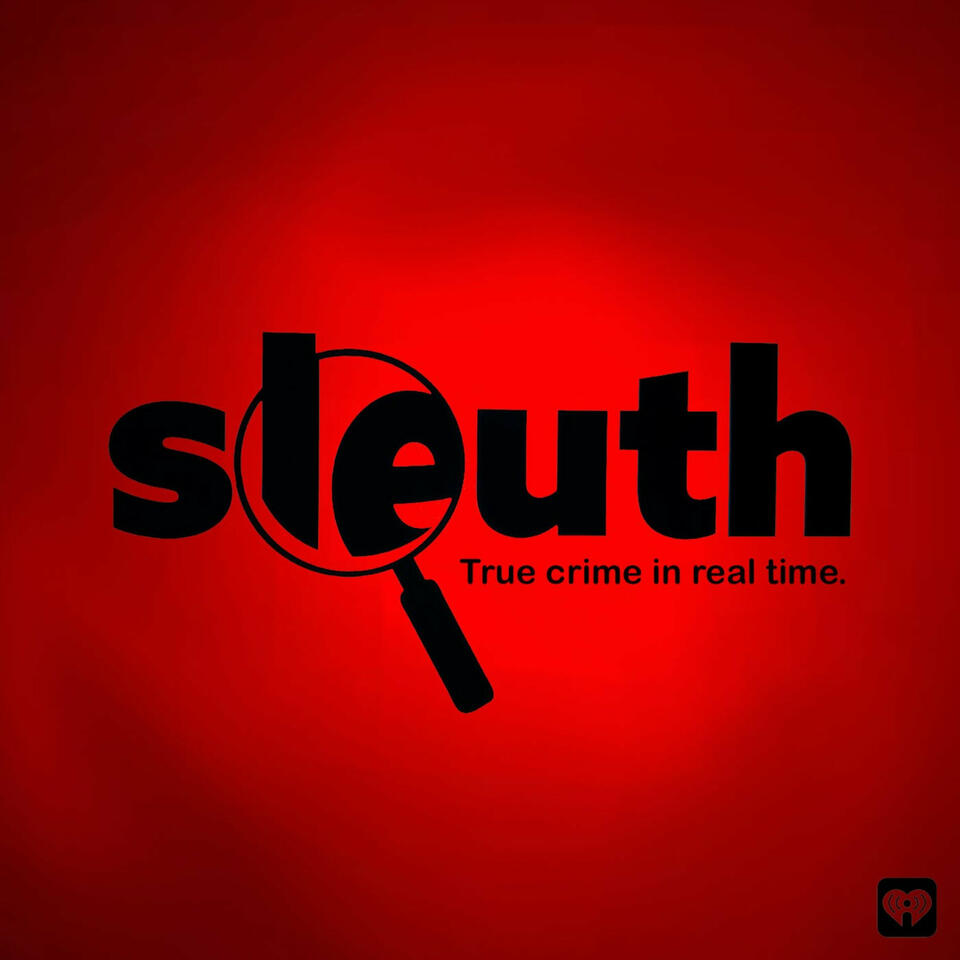 Like a real-life Phantom of the Opera, Southern California local theater actor Daniel Wozniak lured his victims, Sam Herr and Julie Kibuishi, in the attic of a theatre, where he would kill and dismember them before performing on stage the very same night. As of now, Wozniak alone sits on San Quentin's death row. But is there room for more? Is Rachel Buffett, a former Disney Princess and Dan's ex fiancee, an accomplice in the murderous scheme? Simultaneous to the launch of SLEUTH, today began Rachel's trial for accessory after the fact . Will justice prevail or will she completely walk free from her role in the crimes. Should she have been charged with murder? Investigative journalist and host of Sleuth Linda Sawyer, follows this story till it's ultimate conclusion, so that the victim's families finally learn the whole picture of what happened to their loved ones.

1. The Murder Case of Daniel Wozniak : A Real Life Phantom of The Opera

In the premiere episode of Sleuth, investigative reporter and host Linda Sawyer takes us through the details of Southern California theatre actor Daniel Wozniak's double murder case. This real life Phantom of The Opera says he murdered and dismembered his friends for money. But did Daniel kill alone? Was his Disney Princess fiancee at the time, Rachel Buffett, the true mastermind in these killings of ...

2. Steve Herr: A Father's Journey To The Truth About Who Murdered his Son Sam.

Steve Herr sits down with investigative journalist Linda Sawyer as they discuss their shared odyssey to connect the pieces of an intricate puzzle. Together Sawyer and Herr form an impenetrable bond in order to seek the truth and expose the murdeous contingent, who plotted and planned the execution of Herr's only child Sam Herr along with Sam's friend Julie Kibuishi. For now only Dan Wozniak sits a...

Defense counsel Scott Sanders shares his legal insights on the Daniel Wozniak double homicide capital case. He'll take us through his perspective on what he believes were some of the most troubling aspects of the prosecution effort to get the death penalty.

In this exclusive excerpt, Steve Herr thanks Linda Sawyer for her ongoing investigation into the murder of his son, Sam Herr.

This week on Sleuth you'll hear from Rachel Buffet's boyfriend soon after Daniel Wozniak was arrested for murdering his two friends. Scott Erhedt sits down with Linda Sawyer to share his shocking insights into their nearly two year relationship. We believe Erhedt would have made for a compelling witness in Rachel buffets accessory to murder trial.

Learn more about your ad-cho...
Share
Mark as Played

Check in for another SLEUTH Exclusive. We hear from Scott Ehredt who shares much more about his two year relationship with Former Disney Princess Rachel Buffett. He dated her soon after Buffett's ex fiancee, Daniel Wozniak was incarcerated for the murders of his friends Sam Herr and Julie Kibuishi. Ehredt provides listeners with a unique view into the world of Rachel that you wouldn't have the opp...

9. Another Sleuth Exclusive. Audrey McVay shares her tales as Daniel Wozniak and Rachel Buffett’s closest friend for two years up until a week before the murders.

This week on Sleuth, you’ll hear from another close inner circle friend of Rachel and Dan’s who we felt could have been an excellent potential State witness for Rachel’s trial.  Audrey McVay was their third wheel for most of the time Rachel and Dan were an item, up until the week before the murders. What was it that she sensed that made her realize it was time to check out?  Audrey McVay sits down EXCLUS...

10. Ashlee Mathis shares EXCLUSIVELY with SLEUTH what Wozniak Defense Counsel calls one of THE MOST COMPELLING STORIES POINTING TO RACHEL BUFFETT'S GUILT.

10. Ashlee Mathis was a member of the infamous Taco Tuesday clan that partied together with the group of neighbors at Camden Martinique Apartments including: Dan Wozniak, Rachel Buffett and victims Sam Herr and Julie Kibuishi. Ashlee adored Sam and Julie but never really hit it off with Rachel or Dan. What she shares with SLEUTH is one of the most disturbing stories we have heard regarding Rachel Buffett ...

11: It was the fall of 2006 when Krystin Crane enrolled in Long Beach Community. Krystin decided to join the theatre department, and there is where she met Rachel Buffett. At first, Krystin thought that the young beauty was nice - but a bit awkward. After learning that Rachel was homeschooled, Krystin attributed Rachel's social disconnect to the lack of peer engagement that Rachel had experienced duri...

12. Ordained Minister, Daniel Halkyard has known Daniel Wozniak since he was a young boy. Hear what he has to say about the convicted murderer and death row inmate, he still loves like a son.

12. Ordained Minister, Daniel Halkyard has known Daniel Wozniak since he was a young boy. Hear what he has to say about the convicted murderer and death row inmate, he still loves like a son.

13. This week we are back in a Santa Ana courtroom for our front row trial coverage of Rachel Buffett’s accessory to murder trial.  Matt Murphy has prosecuted his case for nearly a week and is ready for his closing arguments.  David Medina, Rachel’s defense counsel feels so confident he has presented plenty of reasonable doubt in the trial, that he doesn’t put on a single witness.  Court spectators wondered whether Rachel herself w...

14. It's Verdict Day for Rachel Buffett's Accessory to Murder Trial. Rachel speaks to the Victim's Families in Open Court.

14. On this episode of SLEUTH, we are once again back to our Santa Ana, California courtroom front row seat, as the accessory to murder trial of Rachel Buffett comes to a close. Prosecutor Matt Murphy and Defense Counsel David Medina delivered powerful summations to the jury of twelve. Matt Murphy believes he has proven beyond any reasonable doubt that Rachel Buffett is guilty of lying to police and helping her fiancee Daniel Wozni...

15. With Rachel Buffett's accessory to murder trial concluded, the spectators including family and friends are ushered out of court, with the media and their crews not far behind. The word is quickly spread that a formal press conference is taking place on a lower level in the Santa Ana courthouse as the crowd slowly moves toward the elevator banks. Others chose the stairs so as not to be late in attending what media folks call...

16. Throughout this podcast, I have attempted to share with our listeners various interviews with people who knew the ex-Disney princess Rachel Buffett. You've heard conversations with people that knew Rachel prior to her meeting Dan, during her time with Dan as his fiancee and the time subsequent to Dan Wozniak’s arrest and incarceration. But how much do we know about Dan prior to his courtship with Rachel Buffett? Meet Kriste...

17. Meet Dr. Vonda Pelto, Psychologist to Some of the Most Famous Serial Killers in Modern Day.

17. In this episode, we invite Dr. Vonda Pelto to the program.  If you recall from episode one, I describe how my investigative journey first began on this case at Dr. Pelto’s Southern California home.  It was early December of 2015, and I was commissioned to report and write a profile piece on Dr. Pelto who enjoyed a colorful career as a psychologist with an office in the Los Angeles Men’s County Jail. It was there, she treated he...

18. On this episode of Sleuth you will hear for the first time, in his own words, double murderer Daniel Wozniak describe in detail, the events leading up to his murderous crimes. Sleuth has exclusively obtained three actual jailhouse calls Daniel Wozniak made to Rachel Buffett before and after his confession to the Costa Mesa Police for murdering both Sam Herr and Julie Kibuishi. Sleuth invited Wozniak lead Detective Mike Cohen to...

On this episode of Sleuth, we hope you recognize our efforts throughout this podcast, to shine a light on just how justice is dispensed and determined in Orange County, California. With the checks and balances a platform like SLEUTH has brought to bare on this subject, there is now a new District Attorney in town. On November 6th the people of Orange County spoke and voted in new DA Todd Spitzer, who dethroned twenty year incumbent...

Ep 20. With another exclusive, Sleuth speaks to Tim Wozniak’s lifelong former friend Bob Castillo. Bob shares his stories that help present a window into Tim Wozniak’s world. Bob’s insights reveal Tim’s role in the murders of Sam Herr and Julie Kibuishi.  Murders that for now, only his younger brother Dan sits alone for, on San Quentin’s death row.  Sources tell me that Daniel Wozniak worries, that this podcast will reveal enough o...

21. Sleuth has the week off with Santa's arrival

With Christmas here, the team at Sleuth has taken the week off, but sit tight, because the finale is just around the corner. For the last episode of Sleuth, you will have a chance to ask me, Linda Sawyer, the lingering questions you've had all season. Please leave all your questions on our Sleuth facebook page at facebook.com/sleuthpodcast, and we will do our best to answer each one. And that's not all. Our Season One SLEUT...