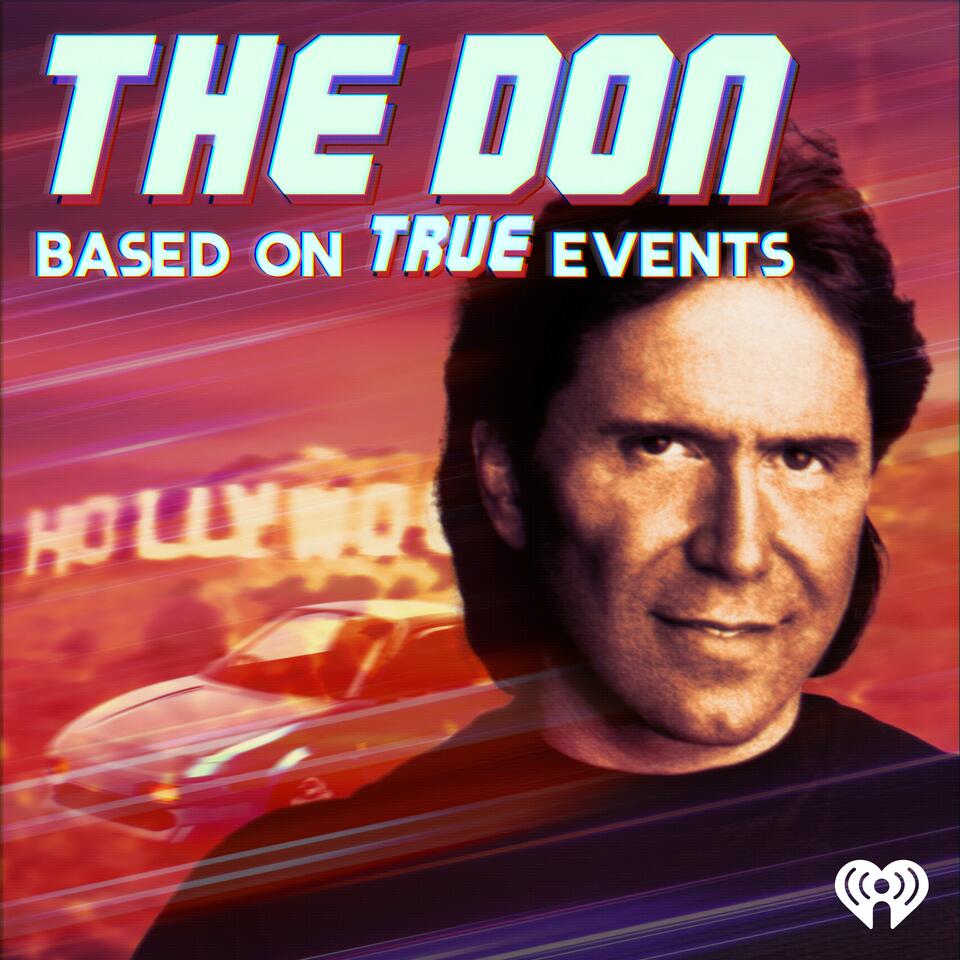 THE DON is a docu-drama on the life of the producer of TOP GUN, Don Simpson, which uses narration, clips, and fictional re-enactments via “lost tapes'' to take you behind the scenes into Hollywood’s decade of decadence, the 1980s. Before the era of MeToo, there was Don Simpson the poster boy of toxic masculinity, whose outlandish behavior was not only tolerated but encouraged by the film industry who profited greatly off Don’s movies. Don Simpson was, like the character he named after himself in his movie TOP GUN, a maverick. His signature style of filmmaking created one hit after another— AMERICAN GIGOLO, FLASHDANCE, BEVERLY HILLS COP, TOP GUN- they all came from the mind of Don Simpson. Don loved the movies so much that he created a mythological persona known as “The Don” to match his signature movies— loud, ballsy, cheesy— his movies were full of homo-erotic testoterone-driven race car drivers and navy fighter pilots and stripper/welders who wanted to be ballerinas— these were the movies from Don’s absurd fantasy world— this was the world that Don actually lived in— there was no separation between life and art. And that movie persona that he created— “The Don”— grew more and more outrageous and more extreme— until ultimately… it killed him.

Episode Six - "Don Flies Too Close to the Sun"

Pierce receives an invitation from Don’s former assistant, MIA, now a major producer, to move into Don’s house. It’s a thrill for Pierce to live in Don’s house- he had always wanted to see the great man's lair but Don had never invited him. While at Don’s house, Pierce is alerted to police cars down the street. They’re coming from Madame Cora’s house. Pierce sees that the woman he had encountered earlier seeking a job as a pros...

Pierce connects with an actress who had worked with Autumn Weston on the b-horror movie Leprechaun in which Jennifer Anniston starred in her first leading role. Here, Pierce learns that Autumn’s doctor- who had overprescribed her electric shock therapy— had attended many of Don’s parties. Pierce later connects with drug dealer Royce Newton who takes Pierce to a Laker game and later to a party at the team owner, Dr. Jerry Buss' ...

Pierce is upset that John Gregory Dunne had penned Don’s obituary. We learn that Pierce and Don had a falling out and that Pierce knew little of Don’s dark days before his death. A tip from Robert Evans leads Pierce to Don’s madame- Madame Cora. Pierce learns that Don and the madame were close friends dating back to when they were both first starting out in Hollywood. Cora believes it’s no coincidence that the LAPD is staked outsid...

Pierce misses Don's funeral and mistakenly ends up at the funeral of fabled Hollywood lawyer and fixer Sidney Korshak. It’s there that he connects with the producer of Chinatown, The Godfather, and Rosemary’s Baby- Robert Evans. It was Don that took Evans’ old job at Paramount as President of Production. Back then Evans was in a rapid career spiral, while Don was the hottest executive in town. Evans invites Pierce to his house ...

Pierce was called to Los Angeles by Don’s former drug dealer, Royce Newton, just hours after Don’s death. Royce is concerned that it was his cocaine that killed Don and he wants Pierce to find out the truth as to what might have killed him. Pierce sneaks into Don’s estate looking for clues. His search leads him to Allan Carr’s house- the producer of "Grease”— Don was the executive on the film in his early days at Paramount. Her...

Episode One introduces Don Simpson, the producer behind such blockbuster hits as Flashdance, Beverly Hills Cop, and Top Gun. Don, like the Tom Cruise character in Top Gun- had a “need for speed.” Don lived a gonzo, high-octane life. By day he was a fast-talking Hollywood producer who knew how to sell a movie and get the greenlight. Many in the industry thought he was a creative genius— and that genius was validated with big box off...

The podcast series THE DON chronicles the wild anecdotes and escapes of Hollywood’s last great showman, Don Simpson, the producer who made such 80s classics as AMERICAN GIGOLO, FLASHDANCE, BEVERLY HILLS COP and TOP GUN. Don created a mythological persona known as “The Don” where in order to convince Hollywood to make his high-octane movies he had to live a high-octane lifestyle. But the lifestyle became all-consuming. His industry ...

Bob Saget's Here For You

BOB SAGET’S HERE FOR YOU is a podcast that is like no other— For one, this podcast has guests who are friends of Bob’s, or just really interesting people who many of you know and love. Secondly, this podcast is unique because it goes inside Bob Saget’s mind, and then quickly filters out through his mouth. Bob has a way of calming people he has conversations with as well as being entertaining and often informative. Bob talks with his guests with genuine empathy and humor, while reaching his unusually diverse audience that he talks to as a friend, Bob is the dad with great advice, the irreverent funny guy who’s always there when you need a laugh, and the free-associative Bob who goes off on crazy tangents then returns to the subject at hand, as serious or as comedic as it may be, to wrap up each episode in a way only Bob can do. Because he really does believe, “He’s here for you."