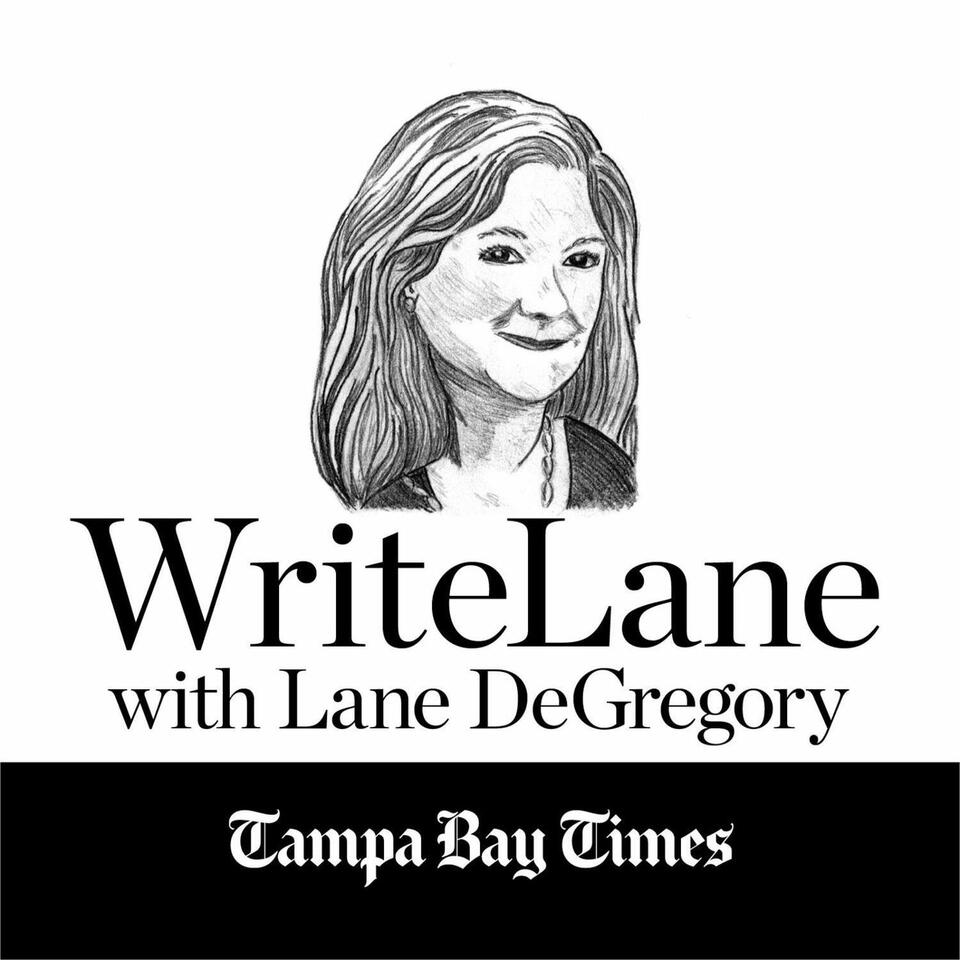 Lane DeGregory, a Pulitzer Prize-winning reporter at the Tampa Bay Times, is a masterful storyteller. Each episode of WriteLane is a discussion of craft, using prime examples of narrative journalism. DeGregory joined the Times in 2000 after working for two papers in Virginia. She has won dozens of national awards, including twice winning Scripps Howard’s Ernie Pyle Award for human interest writing, eight National Headliner Awards and eight awards from the American Society of Newspaper Editors. She teaches at the University of South Florida, the Poynter Institute for Media Studies and journalism conferences across the world. See acast.com/privacy for privacy and opt-out information.

April 10, 2022 • 19 min
On this episode of WriteLane: follow your instincts and it might lead to the beach. Lane shares how keeping your "story radar" on, and being willing to follow it, can lead to touching stories in unexpected places.

April 10, 2022 • 16 min
On this episode of WriteLane, Lane uncovers a simple lie that changes the course of her entire story. How a seemingly boring travel story turned into her first ever second-person narrative.

12 Hours in a COVID ICU Unit

March 24, 2022 • 24 min
On this episode of WriteLane, we take you into the heart of a Covid ICU unit. Lane shares the challenges of reporting from a hospital in a pandemic and how she had to adapt her own reporting process to get the story.

March 24, 2022 • 19 min
On this episode of WriteLane, we sit down with Ben Riggs, a senior communications specialist at Kettering Health. He asked us for tips on how to get his team to think and write like storytellers.

Voices of the Pandemic: A Conversation with Eli Saslow

November 19, 2021 • 19 min
Washington Post reporter Eli Saslow recounts the process of collecting and writing a series of first person narratives during the COVID-19 pandemic. These stories are published in his new book, Voices of the Pandemic.

Wants to be a cop?

October 20, 2021 • 22 min
After a reckoning over policing in America, 30 recruits enroll at the academy. We reflect on how our eight-part series, with an epilogue, came together.

December 16, 2020 • 28 min
The conversation continues with Kelly McBride, NPR’s public editor and chair of the Craig Newmark Center for Ethics and Leadership at the Poynter Institute.

December 2, 2020 • 22 min
Listen for a case study in how to pull together a story that’s changing as you report it.

The bruise on the apple

November 25, 2020 • 24 min
How to reveal deeper truths about someone you’re writing about.

Does it matter where you go to school?

The saint and the sacrifice

November 4, 2020 • 27 min
This episode features Will Fitzgibbon, a reporter with the International Consortium of Investigative Journalists.

October 28, 2020 • 23 min
The conversation centers on a story about depression in the era of COVID-19. Read it here: This Florida woman wants you to know you’re not alone

October 21, 2020 • 33 min
Nonfiction writers can find inspiration from those who make up stories in their brilliant brains.

Finding stories from the past

October 7, 2020 • 22 min
Andrew Huse, a librarian who specializes in archives at the University of South Florida Tampa Library’s Special Collections, offers advice on how to research for storytelling.

September 30, 2020 • 22 min
How do you keep coming up with ideas when the whole world is covering the same story?