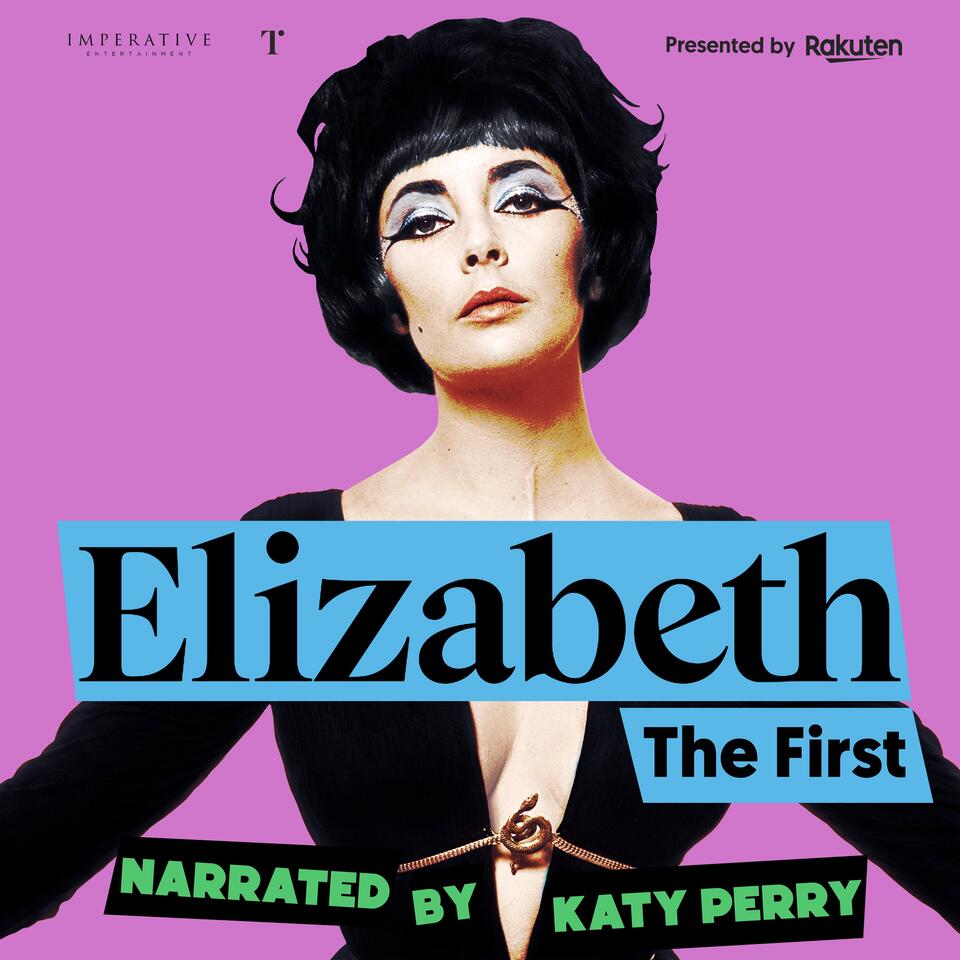 In a world where “influence” equals follower counts and likes, there was one woman who, over the course of her career and half a century before, defined the meaning of influence and transformed its power. She went the distance by living a remarkable life beyond the dazzle - breaking ground as the first true influencer. Her name? Elizabeth Taylor. Narrated by Katy Perry, Elizabeth the First is a 10-episode podcast series exploring the life of Elizabeth Taylor as Hollywood icon, mother, wife, entrepreneur, advocate… and influencer. Elizabeth the First is produced by Imperative Entertainment in association with House of Taylor and Kitty Purry Productions. Executive producers are Katy Perry, Jason Hoch, and Stephanie Koff. Elizabeth the First is narrated by Katy Perry, produced by Jason Hoch, and written by Stephanie Koff. Sound Engineering and audio editing by Shaine Freeman and Jason Hoch. House of Taylor Trustees are Quinn Tivey, Tim Mendelson, and Barbara Berkowitz, and its Brand Strategy Consultant is Erin Dawkins. Marshall Eskowitz and Carey Schwartz of Sunset Blvd serve as Producing Partners and represent House of Taylor for Elizabeth Taylor licensing and content opportunities. Jasha Klebe wrote and composed the original score. Additional music provided by Rhys Tivey. Photo Credit: Elizabeth Taylor, ©BertSternTrust photographed by Bert Stern. Cover art and design by Jeana Sullivan. If you’d like to support The Elizabeth Taylor AIDS Foundation, visit http://elizabethtayloraidsfoundation.org. And, if you’d like to go deeper into the world of Elizabeth Taylor, keep an eye out for the first authorized biography about her life. Elizabeth Taylor: the Grit & Glamour of an Icon by #1 New York Times bestselling author Kate Andersen Brower will be out on December 6.

In a world where “influence” equals follower counts and likes, there was one woman who, over the course of her career and half a century before, defined the meaning of influence and transformed its power.  She went the distance by living a remarkable life beyond the dazzle - breaking ground as the first true influencer.

To truly know and understand Elizabeth Taylor, we must start from the beginning.

Elizabeth’s ambitious spirit was unmistakable early in life.  The relationship with her parents and the push into the glamour and prestige of Hollywood collided with the reality of a male-dominated business – one that was more interested in making Taylor a product, than the person she knew herself to be.

Still, Elizabeth was different.  She found ways to...

Elizabeth Taylor’s career takes off, and she finds herself navigating a patriarchal movie studio system determined to own her every move… until she seizes the moment to take control. It was a time of great promise. Then, tragedy strikes.

The Boss Who Played Queen | Chapter 3

Elizabeth Taylor overcomes unthinkable loss and rises as the biggest movie star on the planet. She uses this power to negotiate a legendary payday for her leading role as CLEOPATRA. All eyes are now on Elizabeth, and the years ahead will be tumultuous ones.

The white-hot relationship of Richard Burton and Elizabeth Taylor captivates the world - leading to a series of high-profile roles and reputational lows. Despite the media’s obsession with tearing them down, the Taylor-Burton partnership grows well beyond their love for each other, and Elizabeth is the driving force. She uses the power of being the first celebrity hyphenate to strike smart deals, owning and producing one hit film a...

Home is Where the Heart is | Chapter 5

Elizabeth Taylor hits rock bottom, while being the biggest star in the world. She could follow the path of celebrities before her - either giving in to despair or rising from the ashes. Instead, she finds her own way. She opens her heart and shares her struggles with the world… and discovers the secret power of influence: authenticity.

As her life expanded into terrain where no road map existed, Elizabeth stays grounded in family, f...

When a new virus ravages its way through the lives of those she loves, and America refuses to do anything to help, Elizabeth Taylor declares war on HIV/AIDS. She leverages all she has - her wealth, platform, status, and social capital to battle the devastating impact of HIV/AIDS.

Taylor knew this war would be long. The Elizabeth Taylor AIDS Foundation is born.

War is expensive. To support her efforts in the battle against HIV/AIDS, Elizabeth Taylor did what she does best: followed her impeccable instincts.

Before the era of celebrity “brands” – before the Kardashians, Rihanna, Jessica Alba or Gwyneth Paltrow’s goop – Elizabeth Taylor built her own business empire. She bottled and packaged how she felt, lived, looked, and smelled… and sold Elizabeth Taylor to the masses. It was an adventu...

Throughout her life, the highs of Elizabeth Taylor’s success ran in parallel to personal tragedy. To survive, she learned how to turn every obstacle – every challenge – into a triumph. And, after 56 unstoppable years, in the brightest of spotlights, Elizabeth faced a new adversary: a brain tumor that had to be removed immediately.

Elizabeth Taylor’s passing sends a shockwave of grief around the world. Yet, no one knew she still had a final act left to stun us all.

While a nation and world mourned her, Elizabeth’s estate was preparing to carry out her carefully planned wishes. With their partners at Christies, they launched the most epic estate auction in history – centered around her legendary jewelry collection.

We look back on all we’ve learned from Elizabeth Taylor - a true original. Her life story is the lesson book on Influence - across social, political, cultural, creative and entrepreneurial causes – making no apologies for any of it along the way.

How did she do it? What drove Elizabeth Taylor from her earliest years as a child actor to her last days as an activist and mogul? One word: LOVE.