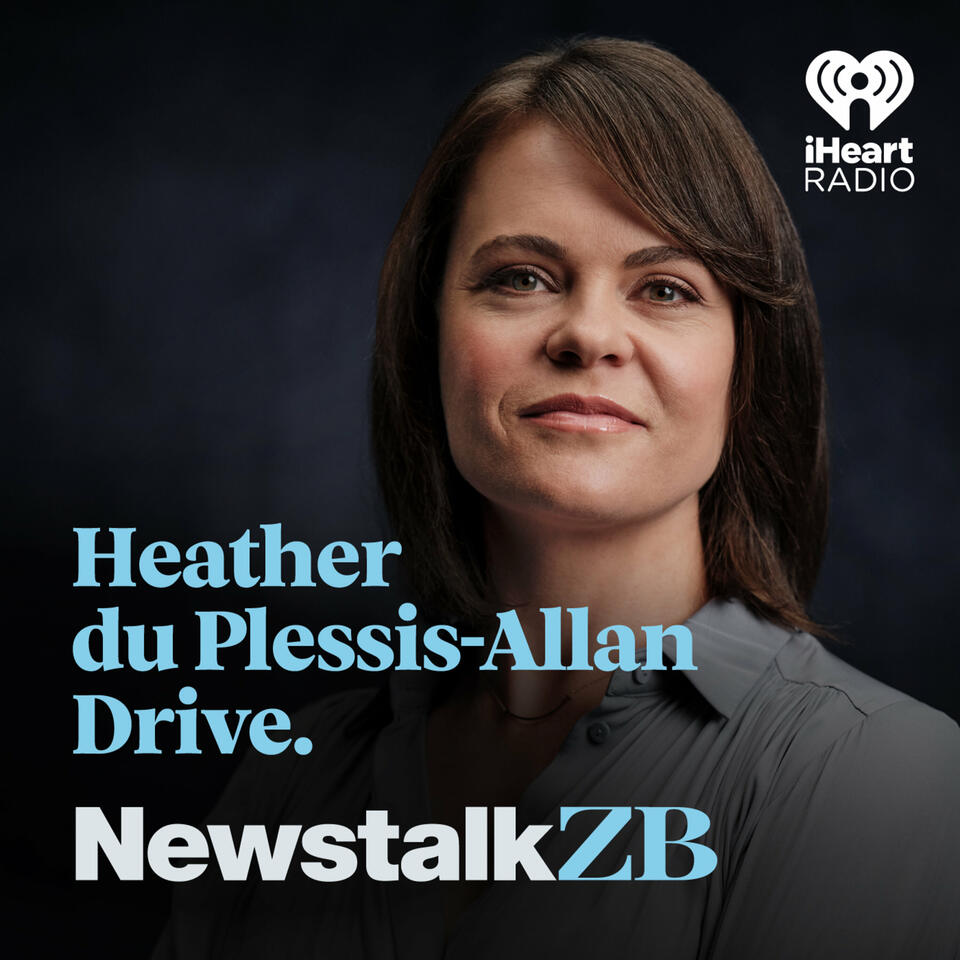 With a straight down the middle approach, Heather du Plessis-Allan Drive on Newstalk ZB delivers the very latest news and views to New Zealanders as they wrap up their day.

Gavin Grey: UK correspondent on new survey results saying a third of young people feel their lives are out of control

More than a third of young people in the UK feel like their lives are spiralling out of control, according to new data.

The survey was conducted among 16 to 25 year olds, and it found that a majority of them were concerned about the future.

Between living through Covid-19 and an ongoing cost of living crisis, UK correspondent Gavin Grey has a clear explanation for why these people have such a pessimistic outlook.

A residents group in South Auckland has threatened to occupy Mount Richmond, Otahuhu in order to protect the mountain's exotic trees.

Auckland Council has issued a resource consent to the Tupuna Maunga Authority, the protest organisers, to fell 278 of the mountain's non-native trees, but the group has chosen to occupy the Maunga as soon as the chainsaws come out.

Shirley Waru, activist and movement leader, is here with us n...

Fran O'Sullivan: NZME business commentator on whether Labour can bounce back from Mood of the Boardroom survey

Based on the latest Mood of the Boardroom survey results, confidence in the Labour Party is going down in the business community- and that may impact their chances in next year's general election.

Fran O'Sullivan, NZME business commentator, gives her insight on whether or not Labour can bounce back in time for 2023's election.

Grant Robertson is with us to explain his thoughts on what caused Labour's results to dip over the past few months, and how Covid-19 played a part in his and Jacinda Ardern's ratings goi...

The case of a young, visibly pregnant woman waiting in a Palmerston North hospital for hours until she died the following evening has gotten a lot of media attention.

This occurrence was brought up at Jacinda Ardern's latest post-cabinet press meeting, where the response got handed over to Associate Health Minister Ayesha Verrall.

Barry Soper, our political editor is here to discuss what this story means for the state of our he...

The local body election is in full swing, and plenty of people have observed that the voter turnout is lower than the previous elections, despite campaigns attempting to fix these numbers.

Senior writer at the NZ Herald, Simon Wilson is saying the low voter turnout is a sign people are happy with our councils.

Simon Wilson joins us now to explain his thought process and why he has come to this conclusion.

The $23 million dollar Lotto prize has been claimed by a syndicate of 24 people who will split the money amongst themselves.

This has been framed as a life changing positive event for the group, but financial advisor Martin Hawes is here to help answer the question- if you were involved in something like this, would you take the money and run?

Staff across all eight of New Zealand's major universities are striking this week, as they don't feel that their pay matches up with the rising costs of living.

The Tertiary Education Union says that at least 7000 staff members are involved in a collective bargaining agreement.

National Secretary of the Tertiary Education Union, Sandra Grey, is here to talk us through the strike and what university staff want out of the pro...

Waka Kotahi has issued a statement to Waikato drivers everywhere: Avoid non-essential driving today if you want to avoid the potholes.

This is because severe weather has made it hard for contractors to clear up any new potholes that may have formed, as they are occupied with fixing the slips.

Dylan Thompson, AA Road Safety Spokesperson is here to explain what's going on with the Waikato weather and why fixing the potholes is a...

Over in Australia, their Government has made the decision to rescue the families of known Islamic State terrorists.

These people will be repatriated back to Melbourne and Sydney, and significant work will need to be done to help them readjust to society.

This has been viewed as a u-turn on the former Government's previous decision to disallow people back into Australia if they followed family members over to the Middle East to ...

This was caused by supporters of the losing team swarming the pitch at the end of the match. Police fired tear gas into the crowd and in an attempt to get away, hundreds of people were stampeding towards the exit gate.

The end result of this concluded with people being crushed or suffocated.

Jason Pine, our sports contributor, is here to put ...

Cherie Taylor-Patel: President of NZ Principals' Federation on the increase in homeschooled students

The number of school aged kids being home-educated has increased since the Covid-19 pandemic, with an 80 per cent increase overall.

Figures from Stuff indicate that there are at least 11000 children currently being homeschooled.

President of NZ Principals' Federation, Cherie Taylor-Patel, is here now to put these numbers in context and explain why more parents have made this choice.

"There's always been a group of stu...

We got the Warehouse Group's financial results today.

Heather du Plessis-Allan: Kelvin Davis's apology is a good start, but Labour needs to knock this off

Yesterday in the house, he said she was “looking at the world from a vanilla lens”

And when he was challenged on it later, he didn’t realise. He doubled down and said “She does whakapapa to Māori, but she was raised in a Pākehā world. “

An apology is a good start...

Enda Brady: UK correspondent on the Bank of England stepping in for the economy

In economic news overseas, the Bank of England has had to step in to help fix the UK economy.

Our UK Correspondent, Enda Brady, joins us here to explain how this affected that nation and forced the Bank of England to step in, as Liz Truss's strategy was set to cause a financial crisis.

19 percent of Auckland's speed limits are about to be reduced.

Auckland Transport made this announcement earlier today, without much fanfare.

Simeon Brown, National's Transport Spokeperson is here to voice his thought on the matter, and highlight his disapproval of the decision.

"The reality is, that's going to have a huge impact on people getting around our biggest city. People are finding it hard enough already,...

This project will begin with two machines being rolled out into Shanghai, one of China's top business districts. The vending machines will be filled with ready to eat beef and lamb meals, and aimed at workers in need of a convenient meal.

Jamie Mackay: Host of The Country on the 3000 RSE workers announcement

Earlier this week, we found out that the Government plans on letting in 3000 more RSE workers to fill the gaps in the agricultural industry.

Jamie Mackay, host of The Country, joins us in discussing whether we can take proper care of that many workers, and how we can make sure they're treated with due respect.

Today on The Huddle, we have Tim Beveridge, Newstalk ZB host and Simon Wilson, Herald senior writer to talk about the following:

Nanaia Mahuta still hasn't recieved her voting papers among other Kiwis - we're at record low voting turn-out, how do we begin to solve this mess?

Kelvin Davis has apologised to Chhour over yesterday's comments - was Kelvin out of line?

The future of the Kiwi water park is uncertain as the own...