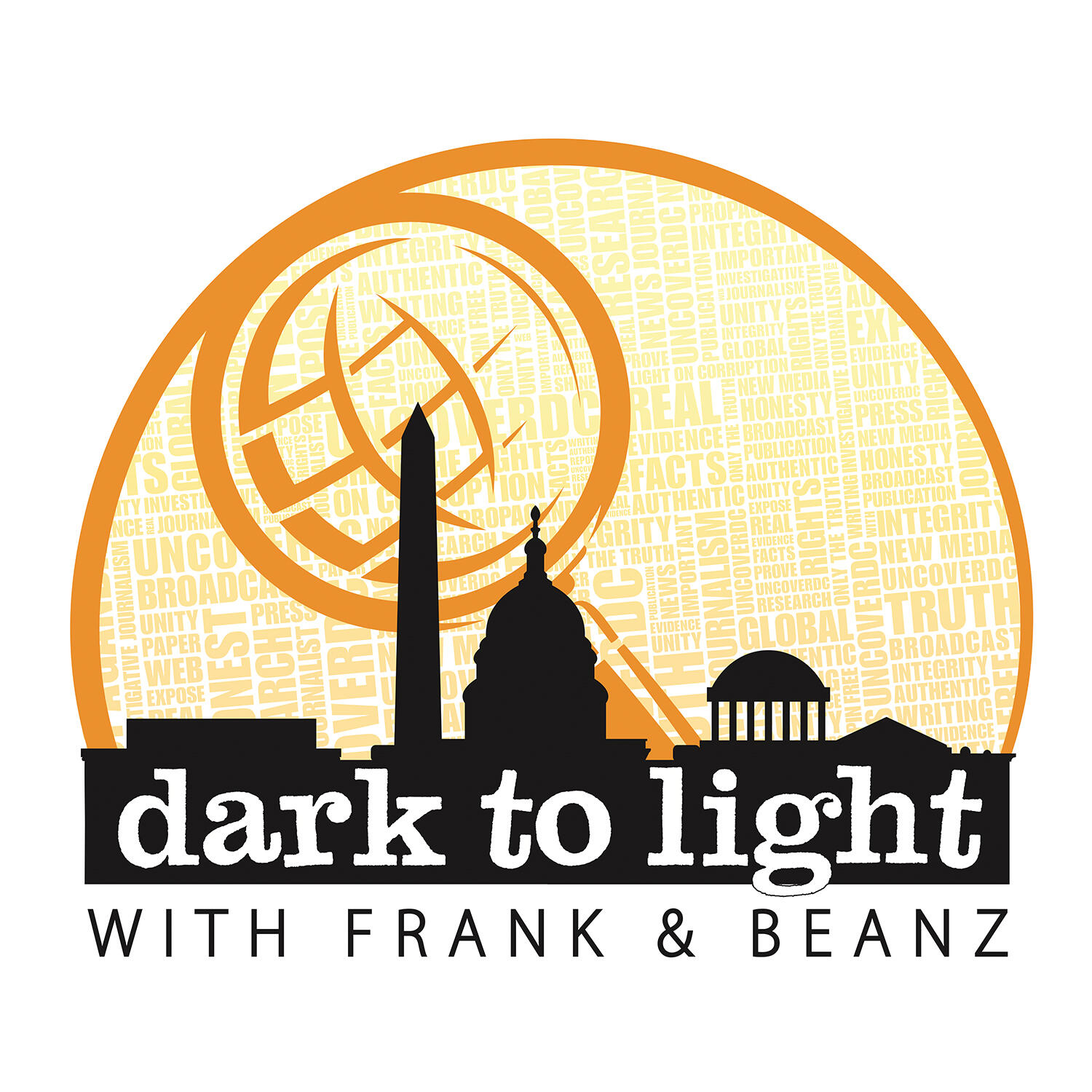 Today Beanz interviews Ekim Alptekin, the man at the center of the now-debunked FARA violations involving General Flynn and the Flynn Intel Group, and he gives us an update on what is going on in his case here in the United States. Please read the linked articles below and listen to the intro email as […]

Today’s show is chock full! Frank and Tracy discuss everything from the vaccine “pause”, the Trump statement, the new double strains in schools, and mandatory vaccination for 12 year olds, all the way to the Chauvin trial and back around again. This podcast is full of info! Don’t miss this action packed hour! LINKS WE […]

Dark To Light: Beanz Is Back!

It’s the Monday show and BEANZ IS BACK and so happy to rejoin the Dark to Light family!!!!! The show is action-packed with a personal story from Beanz about the breakdown of her car and an update on the local GOP drama in the county. Then, it’s on to election integrity and we are off […]

The post Dark To Light: Beanz Is Back! appeared first on Radio Influence.

Dark To Light: Friday Headlines and Other Hot Items

Last day of the loneliest week ever for Frank as we hit up some headlines, take some questions, and ease into the loving arms of the weekend. Tracy will be back in action on Monday and we hope to see you all there for a very warm return! Follow Tracy Beanz on Gab, CloutHub, her […]

The post Dark To Light: Friday Headlines and Other Hot Items appeared first on Radio Influence.

Hump day and we’re still riding solo with Frank, who jumps all over a string of headlines from United Woke Airlines, to Major League Baseball, reality TV in space, and the ongoing Derek Chauvin trial. There’s much more going on in this short show, but it is a gem! Follow Tracy Beanz on Gab, CloutHub, […]

It’s the Monday after Easter Sunday and Tracy is off on vacation so Frank is in to skip through some headlines and drain the brain a little bit on what is going to be a week filled with shorter, sweeter engagements. Strong Republican voices targeted one by one, the George Floyd trial is set to […]

Dark To Light: The Extortion of Matt Gaetz

There’s one story everyone is talking about this morning, and it is Matt Gaetz. Frank and Beanz break it down from start to finish for you, as well as get into the COVID happenings, the CDC director crying, and a preview of next week. Do not miss the Dark to Light Podcast! LINKS WE DISCUSSED […]

The post Dark To Light: The Extortion of Matt Gaetz appeared first on Radio Influence.

Dark To Light: The Passport

It’s a busy Monday show and Frank and Beanz discuss the vaccine passport, some local political drama, what is going on with disclosure, Nancy Pelosi’s roundabout on election law, and much, much more! Make sure to check out Wednesday’s show as we will be joined by Marjorie Taylor Greene! LINKS WE DISCUSSED Iowa Follow Tracy […]

The post Dark To Light: The Passport appeared first on Radio Influence.

Dark To Light: A Short But Busy Friday Show

We have a shorter show today but we hit on the Biden presser, the Sidney Powell motion, and we go through some of the details no one else seems to be talking about, along with our schedule for the next week or two. LINKS WE DISCUSSED Election integrity updates Follow Tracy Beanz on Gab, CloutHub, […]

The post Dark To Light: A Short But Busy Friday Show appeared first on Radio Influence.

Frank and Tracy Beanz are HONORED to present to the Dark to Light audience, our interview with three-star general and American patriot, General Michael T. Flynn. General Flynn has shaped the country in numerous ways over his career and Frank and Beanz speak with this distinguished guest on a myriad of topics, from the politicization […]

Dark To Light: It Isn’t Kids In Cages

It’s back in the swing of things after a great Friday show. We start by talking about the recent sweep of Asian racism across the country as we roll our eyes and wonder what planet folks are living on. Then, it is on to the current border crisis and analysis of some leaked audio released […]

The post Dark To Light: It Isn’t Kids In Cages appeared first on Radio Influence.

Today, we are joined by a distinguished guest, Clare M. Lopez. Her extensive bio is included here for the listener to understand her breadth of knowledge. We spoke about many topics, including the history and rise of Antifa, the CCP and their grips on American institutions, as well as election integrity and grassroots activism. Clare […]

From vaccines to documentaries to beating the legacy media along with some laughs, today’s show is sure to keep you gripped! Don’t miss an entertaining trip of investigative journalism and more on the Dark to Light Podcast! LINKS WE DISCUSSED ABC News on Twitter: Fireworks explosion in a Southern California neighborhood Medscape.com: US COVID infections […]

Dark To Light: The Woke Military

Lots of exciting announcements on today’s show and we talk about what Beanz’ local committee meeting was like, wokeism in the military, Cardi-B at the Grammy’s, along with the latest the Biden administration is doing to target General Flynn. LINKS WE DISCUSSED UncoverDC.com: The Biden Administration is still trying to get General Flynn Follow Tracy […]

The post Dark To Light: The Woke Military appeared first on Radio Influence.

Today was absolutely awesome. We are joined by Kash Patel, one of the heroes of the Trump administration, and got to ask him some really interesting questions about his time on the HPSCI and the DNI, etc. It’s a show you don’t want to miss if you want to learn more about what happened during […]

Dark To Light: Overt Ideology

It’s our Wednesday show and we begin by talking about the Arizona audit and hop into education, Covid, politics, and how we can make a difference. We also make sure to talk about our new Telegram room! PLEASE make sure you join! The water is nice! (https://t.me/DarktoLightPodcast) On Friday we will be joined by Kash […]

The post Dark To Light: Overt Ideology appeared first on Radio Influence.

Today, we follow up on the success of Friday’s show and get into some more detail about Covid, politics, Biden, and more. We also unveil the NEW Dark to Light Podcast Telegram room. Join the Telegram room help us drive the show, participate in spirited discussion, and have a grand old time with Frank and […]

We have a show today that took a super interesting turn and we hope you enjoy our conversation. We start with COVID and schools and somehow end up with declassified CIA programs, the importance of energy and frequency, and wellness. Amazing stuff if you ask us. It is definitely an awesome way to start the […]

We are honored to be joined today by Arizona State Representative Mark Finchem. We talk about the timeline of events from November 3 through today as it pertains to election integrity, his recent defamation suit, as well as what the plan for the Arizona audit will be. It is a show you DO NOT want […]

It’s a short mixed bag show today as Tracy is on her way back from a productive weekend at CPAC and Frank fills in the best he can. Questions are posed to you about the path President Trump should take heading into the next four years, and we’ll get around to those answers on Wednesday. […]