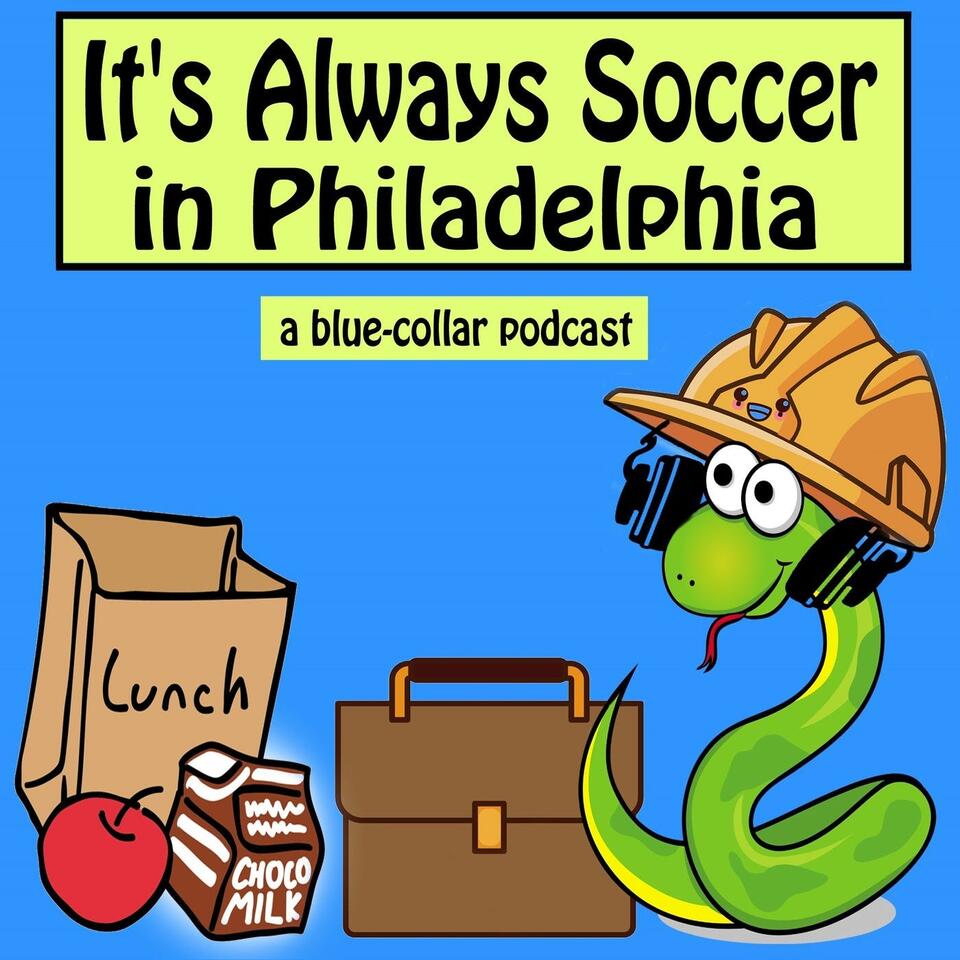 It's Always Soccer in Philadelphia

IASIP was launched in 2016 by longtime Philadelphia Union beat writers Kevin Kinkead and Dave Zeitlin. Kevin left the beat in 2017 to cover the 76ers while Dave took a job with the Penn Alumni Magazine a year later.The podcast is now Kevin with a rotating cast of writers and former players, including recurring contributors Matt De George, Simon Allen, Russ Joy, and Phil Keidel.IASIP is a podcast for the blue-collar, hard working, five-for-five Philadelphia soccer fan.

April 25, 2022 • 35 min
Episode #152 is a mailbag/solo pod recapping the Toronto and Montreal games: - bogus red card and Disco nonsense - defending inside the box - Leon Flach and swapping a shuttler - not enough minutes for the homegrown players - Jim Curtin being too conservative with subs? - your questions, comments, concerns Learn more about your ad choices. Visit megaphone.fm/adchoices
Share
Mark as Played

January 6, 2022 • 63 min
Two guests on Episode #142. First up is Franco Panizo, giving us some insight on Julian Carranza, and then Simon Allen joins the show for some Union talk and potpourri of U.S. soccer topics. Learn more about your ad choices. Visit megaphone.fm/adchoices
Share
Mark as Played