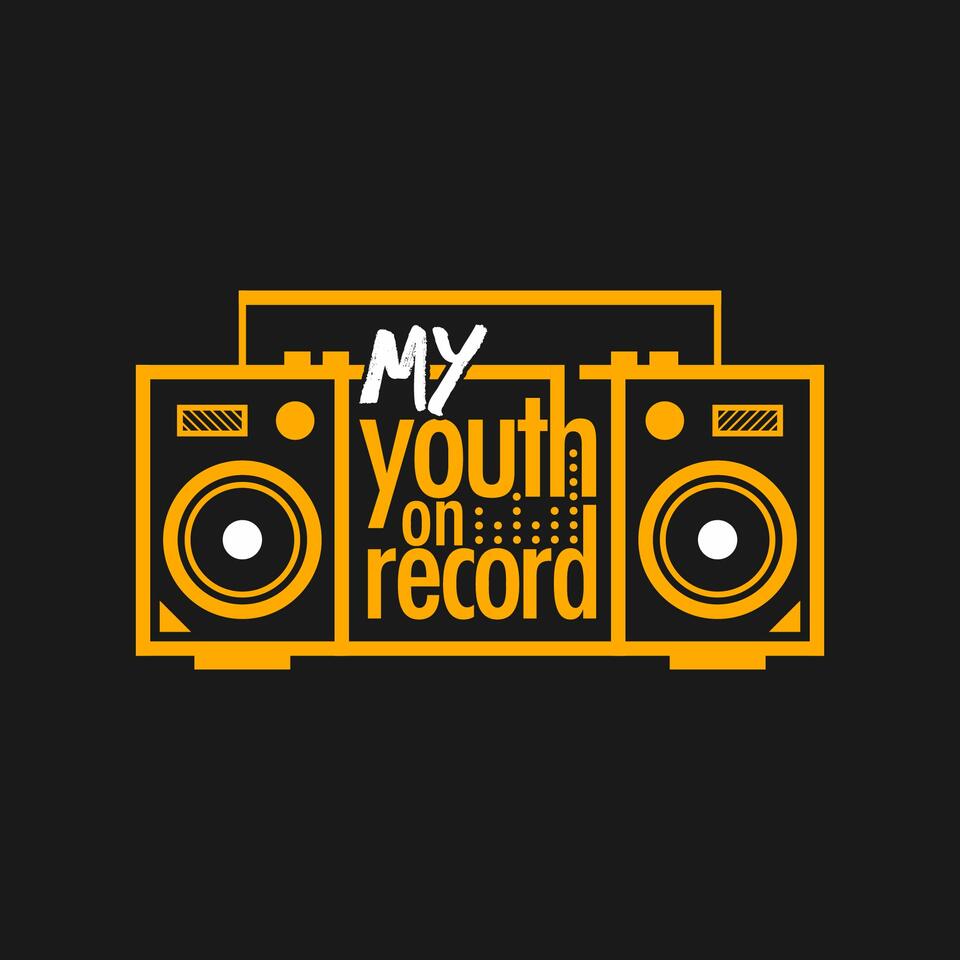 My Youth on Record

Every artist starts somewhere. Some made music in their basements, and wrote love songs in their biology notebooks. Others were obsessed with that one mind-blowing band who seemed to write music just for them. At some point, they all felt inspired to make their own music. My Youth on Record (MYOR) is a podcast where artists share the music they created as teens, and the stories behind the songs. Host Shawn King from DeVotchKa, together with a featured teen co-hosts, take musicians back to the feeling of making music during their most awkward, vulnerable – and often most creative and raw – phase as novice music makers. Artists laugh, cry, cringe and hopefully learn something new about their own creative process as they take this musical trip down memory lane. Broadcast from Youth on Record, a Colorado-based nonproﬁt that empowers youth to find their voice and value through music, MYOR interviews include early recordings from our musical guests, and conversations about the past, the present, and the future of music for all generations. Executive Producers: Jami Duffy & Stephen Brackett Host: Shawn King, DeVotchKa Engineer: Jesus Rodriguez Co-Hosts: Mona Magno, Shaun Dowdell, Stevie Selbie Sponsor: Bonfils Stanton Foundation

(S2) #22 David Boyd: From breakdancing in Copenhagen to touring the world with New Politics.

September 9, 2020 • 31 min
Guest host Stephen Brackett (Flobots) joins Mona for a conversation with David Boyd, the lead singer of Danish alternative rock band, New Politics. David shares his experience growing up immersed in B-Boy culture in Copenhagen, training hours a day with his crew, and how that experience instilled within him the discipline and drive to forge a successful music career.
Share
Mark as Played

September 2, 2020 • 31 min
Can you imagine winning a karaoke competition at just 4 years old? Damian McGinty can, and he hasn’t looked back since. As the youngest member of Celtic Thunder, Damian had a crash course in the entertainment industry. By learning the self-discipline many adults even struggle with, he was able to build a name for himself. We delve into the mind of Damian as he shares the importance of work ethic, what it was like winning the Gl...
Share
Mark as Played

(Interrupted)Jami Duffy on Trying Out a New Artistic Endeavor

August 12, 2020 • 18 min
Jami Duffy is an artist by heart and trade. The emotional build-up of the pandemic allowed her to step out of her comfort zone and try a new medium.
Share
Mark as Played

(Interrupted)Brian Corrigan on the Beauty of Small Town Life

August 12, 2020 • 14 min
Creative placemaking strategist Brian Corrigan reflects on the beauty of the slow pace and connection to nature in rural towns, and how he thinks Denver could benefit a bit from the "stop and smell the roses" mentality.
Share
Mark as Played

(Interrupted) Amy Fitz Doyley on Living in China During the Pandemic

August 12, 2020 • 15 min
Amy Fitz Doyley made the move to China to teach English shortly before the pandemic hit. What has life been like for her since? Amy discusses the move, the pandemic, and how she's managed to find solidarity despite the ban on protesting.
Share
Mark as Played

(Interrupted)DJ Alf on Finding New Outlets in the Digital Realm

August 12, 2020 • 15 min
Songwriter and musician Jenny LaJoye wrote a series of one minute long "gentle songs" that changed their perspective on their songwriting process.
Share
Mark as Played

August 12, 2020 • 15 min
Fashion designer Mona Lucero shares how she shifter her business and creativity to cater to the new health and safety needs Coronavirus brought.
Share
Mark as Played

August 12, 2020 • 15 min
Guitarist El Javi may have lost live gigs for a while, but he's gained a new purpose.
Share
Mark as Played

(S2) #19 Opiuo on the power of a supportive community

March 26, 2020 • 27 min
Oscar, aka Opiuo is an electric DJ. who grew up in the beautiful country of New Zealand, and has become a well-known artist with a fan base that spans far beyond his homeland. He took time out of his busy schedule to chat with us about the people who helped him celebrate his authentic self and follow his dreams.
Share
Mark as Played

March 12, 2020 • 32 min
You might know her as the drummer for the hit indie rock band The Decemberists. Rachel Blumberg was seemingly born with an affinity for music. This affinity has carried her through classical music concerts to DIY rock shows, all the way to the successful career she has today.
Share
Mark as Played

March 5, 2020 • 36 min
Meet JJ Italiano. JJ grew up right here in Colorado, and is now a well known producer, artist manager and producer. After being expelled one too many times knew he needed to take things into his own hands to craft an alternative lifestyle where he could thrive. We’ll discuss where he found support in the process, where it led him, and how music became a driving force in it all.
Share
Mark as Played

Thomas Gobena aka Tommy T. on Ethiopia and the life of a traveling bassist

February 27, 2020 • 32 min
Thomas Gobena aka Tommy T. is a bassist known for his work in Gogol Bordello. He joined us to chat about the birth of his passion for bass while growing up in Ethopia and how it led him to the career he has now. He also touches on the danger of putting too much value on someone's taste in music.
Share
Mark as Played

(S2) #16 Sunny Jain of Red Baraat on finding a passion as a child and seeking solidarity.

February 20, 2020 • 34 min
Acclaimed jazz drummer, composer and dhol player Sunny Jain is most recently known for his work in the band Red Baraat. He took the time to join us in the studio today to discuss what it was that sparked his passion for the drums at age 10 and what he did to keep it going.
Share
Mark as Played

February 13, 2020 • 35 min
Dan Cummins experienced some changes in his young life that caused a lot of anger. His anger showed up in crime...until he found comedy.
Share
Mark as Played

February 5, 2020 • 30 min
Underground rapper and record label CEO Sage Francis joined us to share how his lonely journey as a hip hop fan fueled his passion for cultivating a successful career in music. As a special bonus he shares one of his first songs, a Mother's Day rap he created at age 10.
Share
Mark as Played

(S2) #13 Tom Morello of Rage Against The Machine: On anarchy, starting guitar and a mothers support

October 24, 2019 • 16 min
The legendary guitarist and activist Tom Morello performed at the Gothic Theater last October where our team was able to talk with him in a brief remote interview. This episode is short but still packed with stories and advice from one of the world's most well known guitarists. Listen in to hear about Tom’s introduction to activism, how he felt called to playing guitar and how his mothers support empowered him to pursue his pas...
Share
Mark as Played

August 28, 2019 • 34 min
The multi-talented Jade Simmons is well-known for inspiring people across the nation and we were lucky enough to have her stop by our studio to share her wisdom and story with us. Listen in to hear how Jade has been conquering life since she was a young girl and is still to this day, continuing to find ways to grow. She shares with us what it looks like to bring your whole self to the table every single time and how magical that ca...
Share
Mark as Played

August 8, 2019 • 33 min
Welcome to Season 2 of My Youth on Record. Today’s episode brings us into the creative mind of a man who’s been writing and performing since the 7th grade. Tune in for a glimpse into how this top artist found his roots as a kid, and never let his artist dream go.
Share
Mark as Played

#10 Gary Steuer, CEO of Bonfils Stanton Foundation: On puce uniforms, the arts, & NYC as a teen

February 28, 2019 • 26 min
Gary Steuer is a Denver arts champion, a national arts guru, and an all around good guy. He’s spent his life in and around the arts, as a fan, and advocate, and a champion of creative expression as the tie that binds communities together. In this interview, Gary talks with our hosts about how his early life promoting musicians and engaging with the arts has fueled a vibrant, transformative career.
Share
Mark as Played