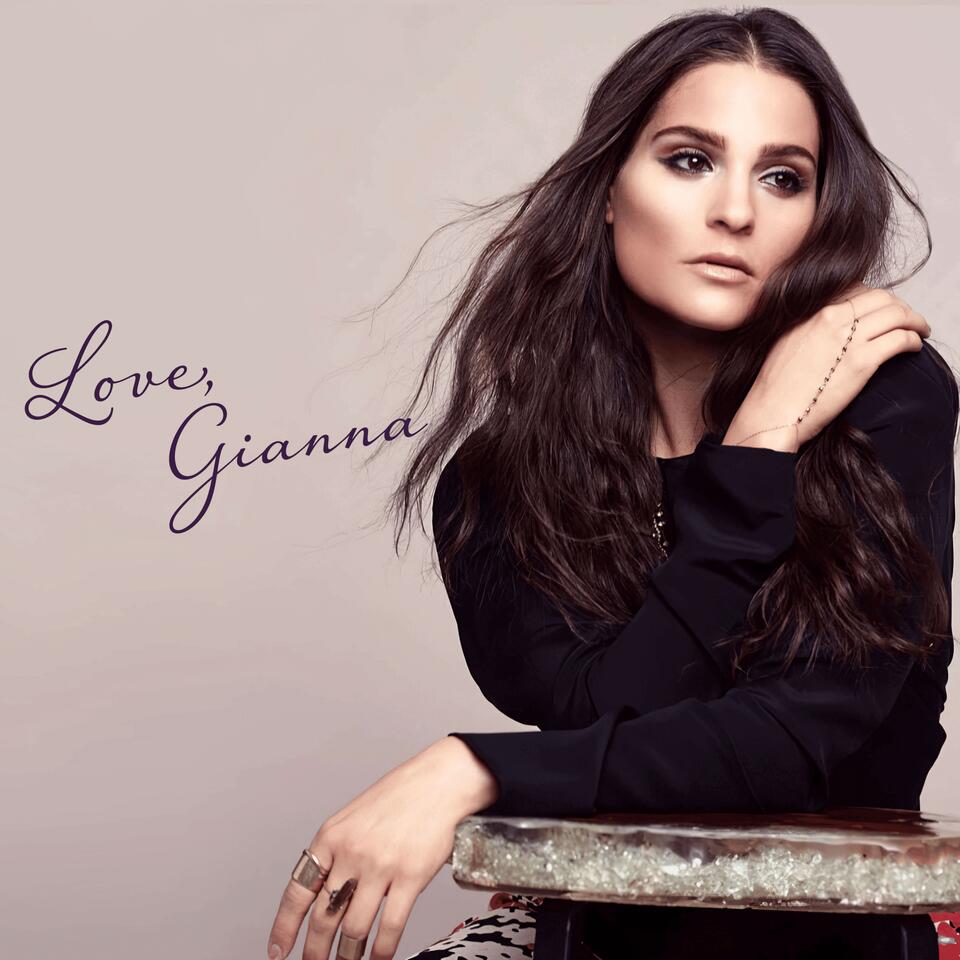 Gianna Simone is an actress, producer, vegan, activist, and your host. In this show, Gianna explores the benefits of a plant-based diet and vegan lifestyle. If you are looking for the latest and greatest advice from the world's sharpest minds in plant-based nutrition and advocacy then this show is definitely for you! You will learn where vegans actually get their protein, If carbs are the true culprit making us fat and sick, the connection between animal protein, heart disease and cancer, and how to heal from the inside out through diet. For more info follow Gianna on Instagram @gsimone or Facebook www.Facebook.com/GiannaSimone If you would like to see the video versions of these interviews be sure to go to Amazon Prime or YouTube and search “Love, Gianna”.

Paul de Gelder chased adventure wherever he could find it, from his wild ride as a hoodlum teen and his whirlwind lifestyle working in the music industry & in strip clubs as a bouncer, to hauling his way up to the elite echelons of the Australian Defence Forces as an Army paratrooper and then a Navy bomb disposal diver.

But trouble hunted him down in the form of a 9ft bull shark in February 2009 while diving for the Navy. Paul ...

This is a powerful interview of Scott Jurek, Appalachian Trail Champion and his powerful mental mindset of pushing through Ultramarathons.

You'll hear how he pushed through in 46 days 84 Marathons!

Scott Jurek is an advocate of plant-based eating. Scott does this for health and environmental reasons. You'll hear him discuss how his diet is the key to his athletic performance and fast recoveries. He credits his mom, who was ...

Vegan Athlete Star | Why WWE Austin Aries Is A Vegan

He is also known for his time with WWE, where he competed in the cruiserweight division as well as doing color commentary.

Between TNA/Impact and ROH, Aries has held 14 total championships and has als...

Dustin Watten has a champion mindset and today you'll learn how this Team USA Volleyball champion uses visualization and a growth mindset to rise to the top 🤾‍♂️ Dustin Watten, born October 27, 1986, is an American volleyball player, member of the United States men's national volleyball team and gold medalist at the 2015 World Cup 🤾‍♂️ Dustin shares how you can perceive life anyway you decide, even if you...

Caitlin Dechelle was born in Miami, FL and is based in Atlanta, GA.

She began her martial arts training at 6 years old and was competing by age 8. She enjoyed the exhilaration of competition and went on to win 94 NASKA & World Titles, making her the most decorated female martial artist in the world.

Competing provided her the opportunity to travel the world. She retired from the competition circuit at 24 to pursue her dr...

He reached the finals of the 2009 National Golden Gloves tournament.

Nimai Delgado is an American professional Men's Physique bodybuilder and #vegan athlete. Nimai has been a vegetarian his entire life, has never eaten meat in his life, and in 2015, he switched to a 100% vegan diet. He is living proof you can build muscle on 100% Plants naturally.

Thank you for tuning in and subscribing to LOVE, GIANNA

After concluding a prolific professional cycling career that produced a medal at the 2012 London Olympic Games, eight US national championships, two Pan American gold medals, and a world record, Dotsie Bausch has become a powerful influencer for plant-based eating for athletes and non-athletes alike. Named by VegNews in 2019 as one of the top 20 most influential vegans in the world, she utilizes her degree in plant-based nutrition ...

Rich Roll​ was named one of the “25 Fittest Men in the World” by Men’s Fitness and “The Guru of Reinvention” by Outside, Rich is a globally renown ultra-endurance athlete, wellness advocate, bestselling author, husband and father of four.

Rich shares his inspirational story of addiction, redemption and optimal health in his #1 bestselling memoir Finding Ultra and the cookbook & lifestyle guides The Plantpower Way and The Plantp...

Dr. Funk and I sit down and dive into all things breasts. Have you or a loved one struggled with breast cancer or disease, does diet matter? Dr Funk shares all.

Dr. Kristi Funk is a board-certified surgical breast specialist who founded the Pink Lotus Breast Center in 2007 with her husband and business partner Andy Funk. She is known for her surgical treatment of celebrities Angelina Jolie and Sheryl Crow.

She is an expert in mini...

Thank you for tuning into Love, Gianna! In this episode I have the great honor of sitting with Dr. Scott Stoll MD.

STAY CONNECTED WITH ME:

To support and give to the Gianna Simone Foundation: http://bit.ly/1GU6few

Dr. Doug Lisle, Ph.D. in Clinical Psychology, and I discuss many topics that plague our society today. We discuss how to break free of eating addictions and disorders, effective ways to do this and so much more in his area of expertise- psychology.

Dr. Lisle has worked on the research staff at the Department of Veterans Affairs at the National Center for Post-Traumatic Stress Disorder in Palo Alto, California and in addition to ...

Dr. Angie Sadeghi is a California-based physician and specialist in gastroenterology and weight loss. She is a full time practicing medical doctor, a passionate vegan advocate and avid fitness enthusiast. She shows an exceptional commitment to excellence in treating diseases and disorders affecting the digestive tract, such as:

Joel Fuhrman, M.D. is a board-certified family physician, six-time New York Times best-selling author and internationally recognized expert on nutrition and natural healing, who specializes in preventing and reversing disease through nutritional methods. He is the President of the Nutritional Research Foundation and on the faculty of Northern Arizona University, Health Sciences division. Dr. Fuhrman coined the term “Nutritarian” to...

Dr. John McDougall MD is a renowned physician and nutrition expert who teaches better health through a starched based, vegan diet.

Dr. McDougall has been studying, writing, and speaking out about the effects of nutrition on disease for over 50 years.  Dr. John and Mary McDougall believe that people should look and feel great for a lifetime, and I just so happen to agree with them!!

I hope you enjoy this interview and have as ...

Colin Campbell PhD is an American biochemist who specializes in the effect of nutrition on long-term health. Co-author of #TheChinaStudy and founder of Nutritionstudies.org He has truly paved the way in proving that there is a direct link between cancer development and animal protein consumption. I hope this helps guide you all to a path of healing and overcoming confusion when it comes to diet.

Dr. Neal Barnard is one of the most intelligent people I've ever met. He breaks the science down to be easily understood and really knows everything there is to know about cheese and the horrible trap many are caught in. I hope you enjoy this interview and break free of #TheCheeseTrap!

Dr Ornish is one of the greatest and most influential doctors of our time. It was a true honor to sit and talk with him. He shared some of his incredible story and his research that I hope inspires you as much as it did for me.

To purchase his new Book #UndoIt :

Dr. Garth Davis Interview - We Talk Protein, Fad Diets and What Our Ancestors Were Really Eating

Dr. Davis is an incredible inspiration and empowering leader that truly knows what he's talking about when it comes to evidence based research, studies and general information on the effects of a plant based diet has on health, weight loss, and disease. I hope you enjoy this interview as much as I did!