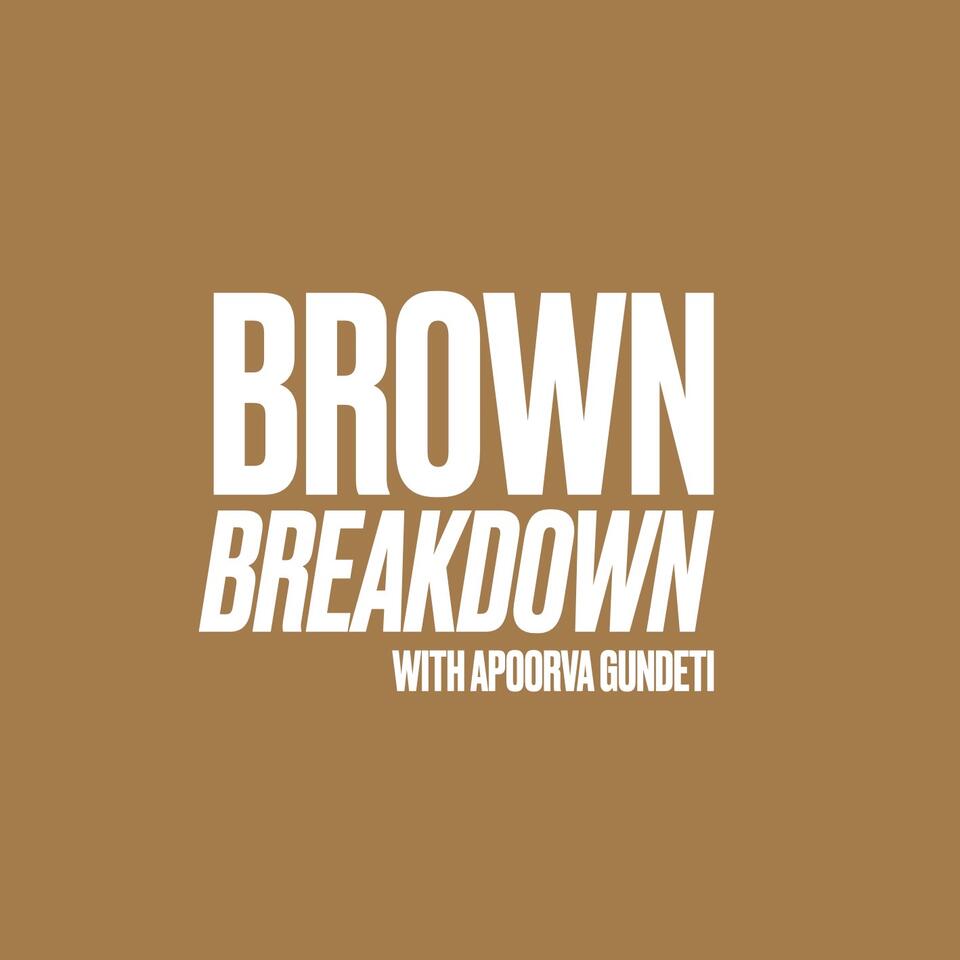 Apoorva sits down with South Asian artists at all different stages of their career to understand the tools necessary to build a life as an artist. @brownbreakdown

NBC Casting Assistant and creator of Patel-gating web series Nadia shares her experience finding a tribe of BIPOC artists in LA, her passion for changing the industry, and her recent pivot into the world of casting.

Surya Giri is a composer, producer, and recently released his first single "You're Not Alone" featuring Sid Sriram and Shilpa Rao. And it doesn't stop there - Surya is also the co-founder of SGBG Atelier, a new fashion label that has already garnered the attention of Vogue and GQ. How does he do it all? Listen and find out!

Anu Bhatt, creator of one-woman show Hollow/Wave and short film AutoCorrect, goes in depth about how to find agency as an actor, understanding her purpose, and avoiding burnout.

Creator of the award-winning web series Code-Switched, Karan Sunil shares his experience about moving from India to tech-hub Seattle at a young age, transferring colleges to pursue filmmaking, and the journey of bringing his dreams of making a brown friendship show come to life.

London-based comedian Hari Kanth began his career in stand-up. After performing twice in the Edinburgh Fringe Festival and placing as a finalist in the BBC New Comedy Awards, Hari turned his focus to writing narrative comedy. In this episode, he talks about moving away from stand-up, trying out different writing structures, and the importance of continuing to put out different types of work.

Creator of the hit one-woman show, Mexistani: Growing up Mexican and Pakistani in America, Sofie Khan share her experience about navigating a multi-hyphenate identity and channeling her life experiences into her art.

After studying Economics at Harvard and working at Google, Ria found her way back to her love of photography and film at NYU Tisch. Ria discusses her first short film LIFE AFTER, which received critical acclaim at film festivals, and how she continued to learn and grow in future projects, and even use her tech experience in her new project, USER ZERO.

Born and raised in India, Priya moved to the US for her MBA and soon realized her love for acting. She talks about her theater experience in Chicago, writing and developing her pilot FOBia, and the challenges that immigrant artists face.

Consultant by day and DJ by night, Tamillionaire, also known as Anirudh Pennathur, shares his music influences, song-remixing process for his new TMLNR albums, and how he makes time for his art in an already packed schedule.

Amrita shares her path to getting her MFA at NYU, opening up to family about filmmaking, and developing her first feature film in India.