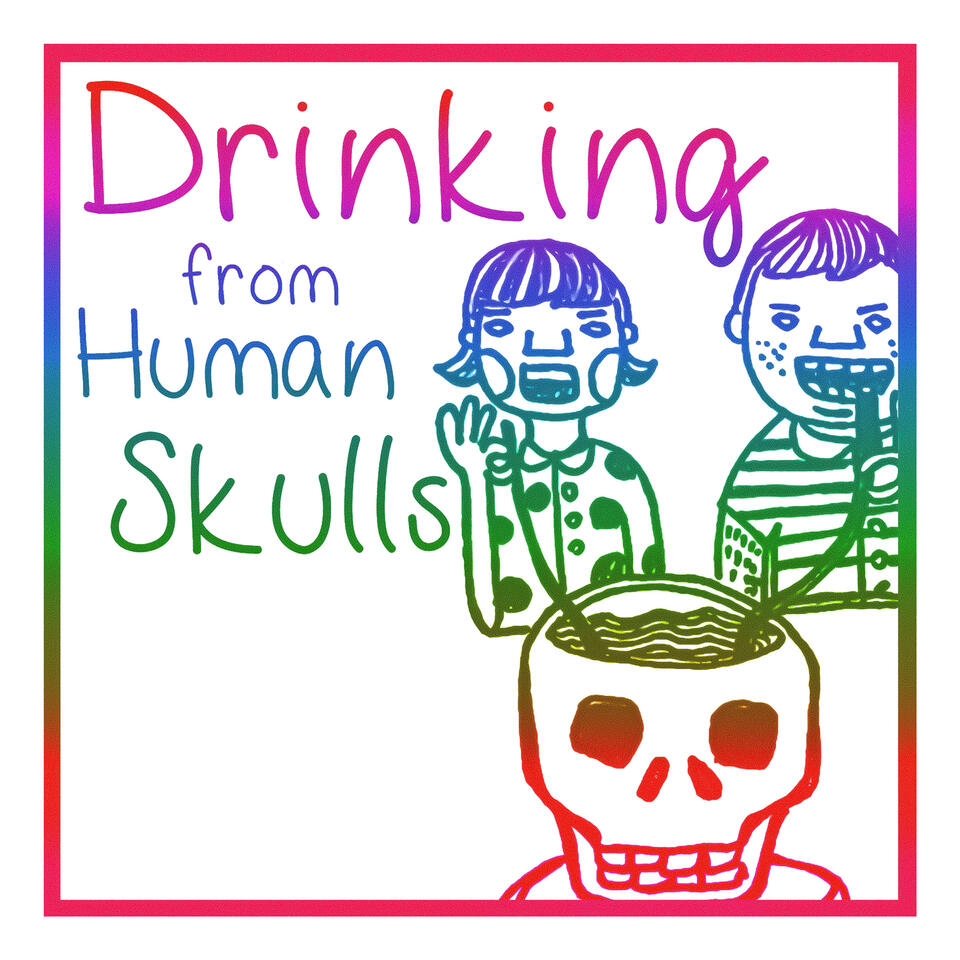 The show where host Doni takes on the world's most powerful institutions. Hint: they've been lying to us. Drinking From Human Skulls puts the news media, corporations, and politicians under a microscope. Spoiler alert - it gets ugly. Culture, and politics, and disinformation - oh my! Nobody is safe: the mainstream media, big business, right-wing loonies, and left-wing sillies. Join Doni as he reveals the truth behind the world's most troubling issues. Note: In the event that facts no longer matter, please contact the host so he may properly align with our new overlords. Until then - no tribalism, no ideologies, no political parties, no dog whistles, and no teams. Everyone deserves the facts. Part documentary, part historical record, each episode of Drinking From Human Skulls serves up a truth sandwich with a dash of comedy and a sprinkling of satire. Homepage: DrinkingFromHumanSkulls.com

The So-Called Covid Experts Have Failed

In January 2022, Joe Biden's vaccine mandate for companies with 100 or more employees landed in the supreme court of America. A lot was said during their public deliberations, but some statements were so abjectly false that the public demanded answers. In particular, Judge Sotomayor claimed that "thousands of children" were sick with Covid, also stating that many of them were on ventilators.

In September 2021, Justin Trudeau won the Canadian Prime Minister's office in a campaign fueled by fear & threats. The people of Canada are terrified, you know... because the media and the politicians have bombarded them with messaging that they are all going to die from Covid unless the government and vaccines save them. You'd think rational people could see through this nonsense, but the double-masked people walking o...

After a longer hiatus than I'd like to admit, I'm back with an episode on the evolving (pun intended) story that is the Covid-19 lab leak cover-up. All your favorite players are here! Rand Paul, Dr. Fauci, and many more. The evidence all seems to point to a cover-up of a lab leak in Wuhan, China. Yet several of the key parties involved continue to deny, deny, and deny again.

At the very least we have a cover-up. The exact t...

If you've been following the narrative on Covid-19, then you might have noticed a complete 180 regarding the "Lab Leak Hypothesis". Until a few weeks ago, it was considered a bannable offense to even ask the question of whether or not it was possible. A report by acclaimed science writer Nicholas Wade seemed to change that.

In this episode, we'll take a look at Wade's findings. When reviewing his report, it seem...

Wow! America is opening up. I guess they needed to prove that the vaccines work. Besides, what else could they do? People are either not complying with the CDC guidance, or criticizing them for mishandling every aspect of the Covid situation.

Canada, despite being America's hat, has not got the memo. They'll only open up once 75% of the country has been vaccinated. With 25k deaths over the last 2 years, you're still mor...

Many people consider Canada to be a progressive country. But when it comes to their Covid response, the officials in Canada are dead set on becoming totalitarian. Prime Minister Trudeau is pushing to make this year a "one-dose summer" - all in a country where Covid deaths are under 30,000 since the pandemic began in January 2020.

In this episode, we look at the experts and politicians who are lying about the statistics, vac...

Have you got the Covid jab? You might want to think twice about that. And it's not me saying that. It's practicing doctors. And by the way, Anthony Fauci is not a practicing doctor. He is a professional politician telling you to get the vaccine as soon as possible.

In fact, both Fauci and President Biden agree, even kids should get the vaccine... does that make sense? Healthy young people, which have no danger from this dis...

Keeping the Covid hits coming again and again. Before you get the jab, think about it from the perspective of somebody who obsesses over these things like a madman! We're seeing more and more lockdown protests and acts of defiance that the media loves to ignore or spin as negative.

In this episode, I'll remind you how big pharma operates and why they play a major role in the mass hysteria still griping most of the world. I&...

It's official: my podcast is all Covid all the time. But with all the Covid-19 nonsense, I cannot help it. The lies, the shaming, the media manipulation, and the PR spin are all too crazy to ignore. They are trying to ram this vaccine down our throats. I just have to ask why?

Why is the pressure to vaccinate and mask up so overwhelming? This is especially confusing given that this virus doesn't affect most people, and doesn...

Do you have questions about the safety of the Covid-19 vaccine? If so, congratulations - you are not a robot. We are witnessing a public relations stunt that puts money first and your health second. Want to be a vaccine guinea pig? Listen to this first.

In this episode of DFHS, I'll clip several experts who are united by one common goal: they want to warn you against this experimental technology. The first thing they'll tel...

In a world where 2 masks are better than one, we are being told to trust the science. The scientists though... are not making it easy. More and more, science is being used as a political weapon. But it's more than that. The top doctors seem to be far better at generating publicity than they are at doing science.

Should you trust the experimental vaccine? Is there proof that double masking does anything but make you look dumb? I...

The Banning of The Right

In mid-January, 2021, the Parler app was banned by Google, Amazon, and Apple in what appeared to be a coordinated attack. What does this mean for free speech? For anti-trust and monopolistic practices? The collusion between big tech and the democratic left grows ever-more obvious. One thing's for sure - it ain't good.

I'll give you my thoughts and we'll hear from the now former-CEO of Parler John Matze. He thinks th...

About 6 months into the COVID-19 pandemic, a new buzzword was getting a lot of use: "trust the science" - and anybody who dared to ask questions? Well, they must be a right-wing, pro-Trump, dirtbag. Only one problem... Many of the people who haven't been trusting "the science" are legitimate doctors. Some of them are the best in their fields.

This is part 1 in a series of episodes where I take a look at the actu...

Remember when they banned, canceled, and de-platformed Alex Jones? It seemed like all the social media companies conspired against him. It makes sense - his ideas are nutty. But censorship norms & free speech took a major blow when they silenced Jones.

In this episode, I get into why censoring people is almost always a bad idea. It's a violation of free speech, no doubt, but it also has other unintended consequences. Take a...

Hi, I'm Doni. This is my podcast origin story. The year 2020 has been the most interesting, tragic, funny, insane, and wild year on record. Listen to this episode if you want to know where I'm coming from.