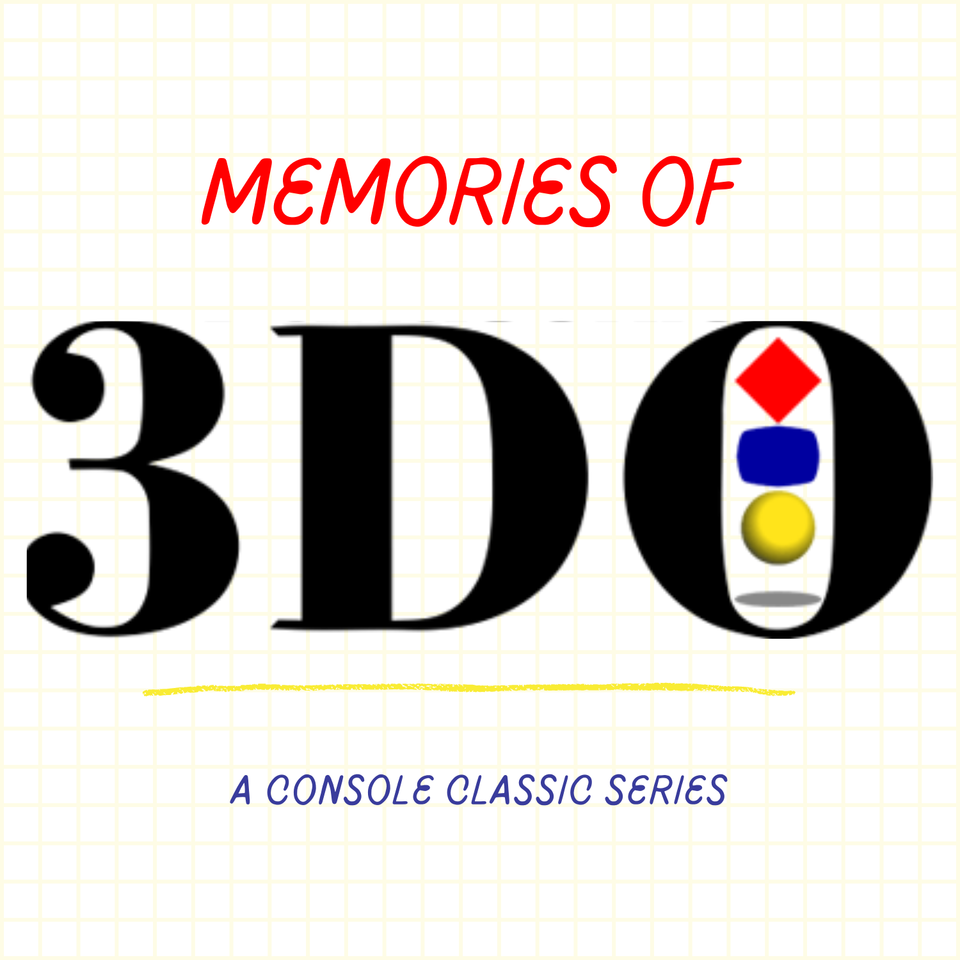 In 1993, electronics giant Panasonic released the 3DO Interactive Multiplayer, more commonly referred to as just 3DO. At the time, this 32-bit gaming console was a huge leap over competing consoles like the SEGA Genesis and Super Nintendo, both 16-bit machines. Using CD-ROM instead of cartridges, and positioning itself as a true multimedia component for your home entertainment set-up, the 3DO was, in many ways, ahead of its time. Although it was always doomed to fail, it remains a beloved part of video game history for many. In Memories of 3DO, host Danny Brown takes you on a journey looking back at the ups and - ultimately - downs of the hardware, the games, and why it was a gaming system that should have shone had things gone slightly differently. This podcast uses the following third-party services for analysis: Podtrac - https://analytics.podtrac.com/privacy-policy-gdrp

Introducing Memories of 3DO

In 1993, electronics giant Panasonic released the 3DO Interactive Multiplayer, more commonly referred to as just 3DO.

At the time, this 32-bit gaming console was a huge leap over competing consoles like the SEGA Genesis and Super Nintendo, both 16-bit machines.

Using CD-ROM instead of cartridges, and positioning itself as a true multimedia component for your home entertainment set-up, the 3DO was, in many ways, ahead of its time.

The Genesis of the 3DO

In the early 90's, console gaming was at its 16 bit peak. Both SEGA's Genesis and the Super Nintendo owned the marketplace, while other systems like the Neo-Geo offered alternatives for the hardcore gamer.

But the industry was changing. While these consoles were hugely successful, they still ran on cartridges, and this limited what the consoles could do. CD-Rom was also making inroads, with systems like the CD-i from Philips...

Building the 3DO Partner Network

Throughout 1992 and early 1993, the plans behind the 3DO continued to take shape. Founder Trip Hawkins was using his undisputed influence and reputation in the gaming industry to get partners excited about the console.

This included both hardware and and game developers. Since the hardware would be licensed, it meant any electronics manufacturer that were interested in being part of this new era of gaming could produce and sell thei...

The 3DO Hits America and Japan Awaits

Leading up to its North American launch in October 1993, while the 3DO still had problems (including a much-reduced launch line up due to developers getting to grips with the new hardware), excitement was still growing.

Multimedia was the future, as multiple video games and entertainment magazines were loudly screaming from their pages. News programmes were also talking about a future where a set-top box would be the hub of your ent...

The 3DO Games Explosion

With the 3DO now launched in North America and Japan, and a European release on the horizon, it was time for the game developers to stand up and show what the machine could do.

After the stunted launch in North America, where there was only one game available on the day of launch, things were going to be different for Europe, which would benefit the North American and Japanese markets by association.

If 1994 was the year that the 3DO finally got the quality games that had offered the promise the machine held, 1995 was when it truly solidified its reputation as a serious piece of kit.

Owners of the system were treated to excellent games like:

Saying Goodbye to the 3DO

As 1995 turned into 1996, things at the 3DO company weren't looking good. Despite seeing decent sales numbers of over a million units, this paled in comparison to new machines from SEGA and Sony.

This, coupled with a dwindling number of games, and many owners of the system jumping ship to the SEGA Saturn and Sony PlayStation, made it clear that the 3DO's dream of becoming an established console in the market just wasn't...