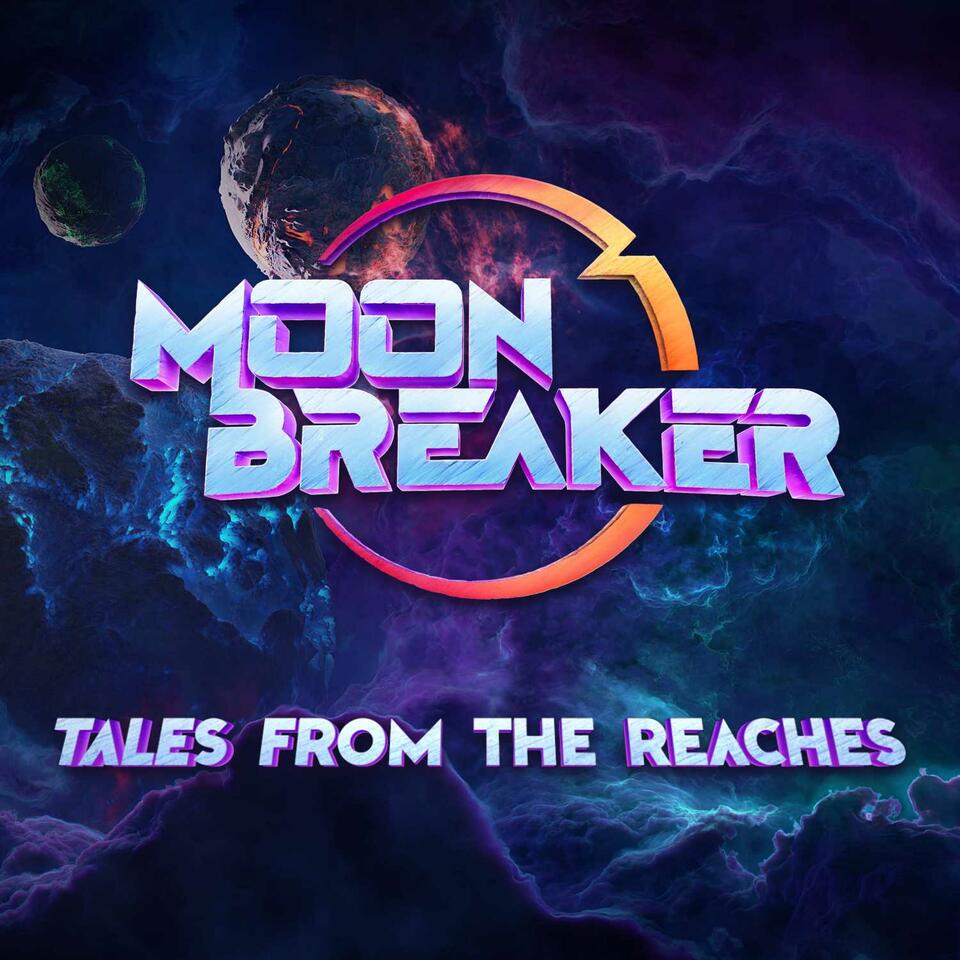 Moonbreaker: Tales from the Reaches

Blast off to adventure in Moonbreaker: Tales from the Reaches! This fully produced audio drama series explores the world and characters of Moonbreaker, the brand new digital tabletop strategy game by Unknown Worlds Entertainment (Subnautica, Natural Selection) and from the mind of acclaimed author Brandon Sanderson (The Mistborn Series). Experience the Reaches through a series of unique stories that feature a diverse cast of characters, both new and familiar to fans of the game, voiced by some of the industry's top talent including JB Blanc, Matthew Mercer, and Khaya Fraites. The audio drama series, written by Dan Wells, kicks off on September 29, 2022 when Moonbreaker launches into Early Access on Steam!

Dig deeper into the lore of the Reaches with Episode 3 of Moonbreaker: Tales from the Reaches – Astra’s Story. When a dangerous prisoner is brought to the Methedori Academy, Astra’s curiosity becomes a catalyst for an adventure that will alter her course and maybe her whole destiny. Starring Khaya Fraites, and featuring an outstanding cast of new and familiar characters, Astra’s Story is a fun and endearing reminder that things are...

The saga of the Reaches continues with Zax’s Story, Episode 2 of Moonbreaker: Tales from the Reaches. It’s all fun and games until you blow yourself up robbing a casino. But for Zax Ja’kar, death is merely the beginning of his story. Featuring the suave vocal talents of Matthew Mercer and a top tier supporting cast, Zax’s Story combines charm, wit, action, and everything else a recently departed, roguish ghost-drone can improvise.

Death has arrived in Extilior’s Story, the first episode of Moonbreaker: Tales from the Reaches. When a group of raiders attack a moon in search of a powerful weapon, only Extilior, a reformed Methedori Death Bot with his own code of honor, stands in their way. Featuring an eclectic and diverse cast of characters led by legendary actor JB Blanc, Extilior’s Story blasts off into Moonbreaker’s fantastical world and sets a course for ...

Moonbreaker: Tales from the Reaches Trailer

Welcome to the Reaches, an extraordinary solar system filled with fascinating moons glowing with precious Cinder and animated with rich cultures! These are the stories of Moonbreaker, the new digital miniatures game from Unknown Worlds. Your adventure into the Reaches begins with Extilior's Story, launching on September 29, 2022 alongside Moonbreaker Early Access on Steam. Subscribe and stay tuned for new Episodes, each with an...