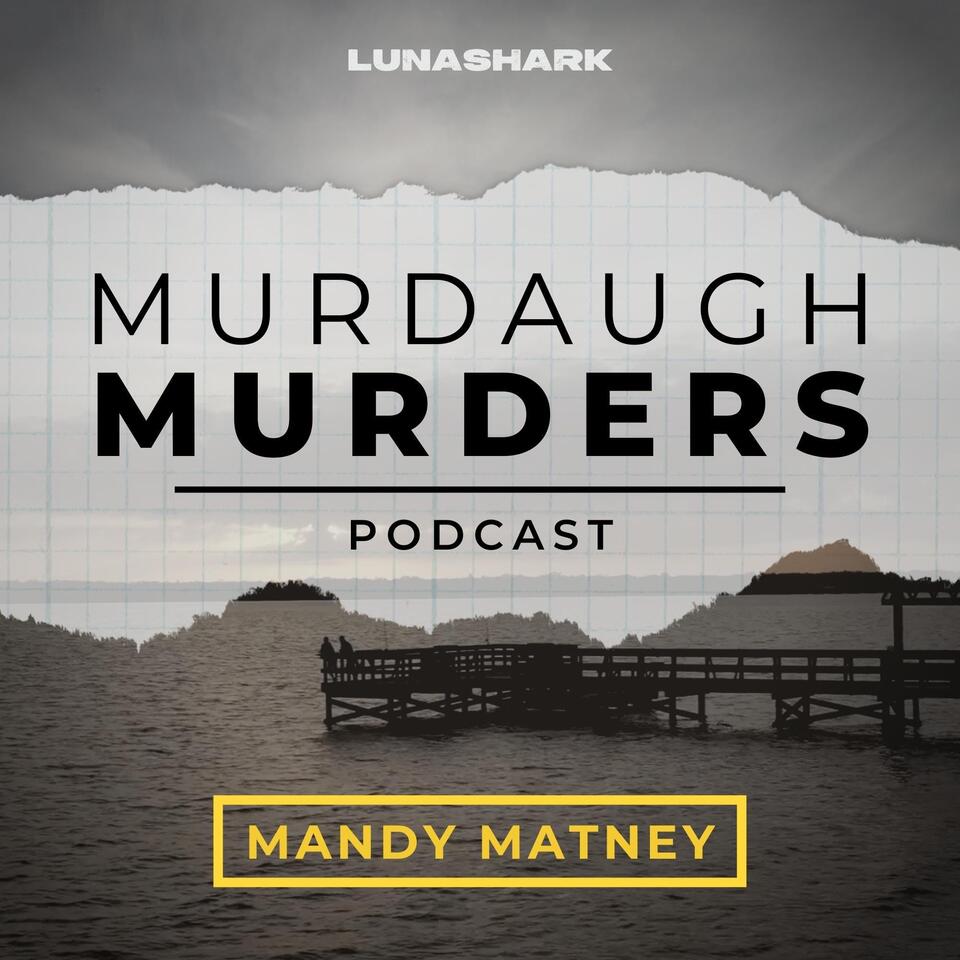 For nearly 100 years, one family traded influence and held power in the South Carolina lowcountry until a fatal boat crash involving an allegedly intoxicated heir-apparent shed sunlight on a true crime saga like no other. Award-winning journalist Mandy Matney has been investigating the Murdaugh family since that fateful night in 2019. The now-infamous Murdaugh family is at the center of a litany of criminal investigations into fraud, obstruction of justice, the 2021 double homicides of Paul Murdaugh and his mother Maggie, the 2015 murder of young Stephen Smith, the suicide-for-hire plot of family patriarch Alex Murdaugh (who has since been charged with Paul & Maggie’s murders) and a vast insurance scheme that preyed on the region's most vulnerable citizens. Matney's podcast, ranked #1 globally in 2021, provides unmatched insight into the horrific deaths, botched investigations and newly-uncovered crimes that are all interconnected. Every corner of the justice system seems to be connected to this vile web of deceit, murder and corruption. Now featuring Co-host Liz Farrell, you’ll follow along in real time from South Carolina as their exclusive sources guide listeners on a journey to expose the truth wherever it leads. Listen on any streaming service or visit murdaughmurderspodcast.com to learn more. Find us on social media: https://www.facebook.com/MurdaughPod/ https://www.instagram.com/murdaughmurderspod/ For current & accurate updates: Twitter.com/mandymatney Support Our Mission: murdaughmurderspodcast.com/support-the-show

Support Our Podcast at: https://murdaughmurderspodcast.com/support-the-show

In 2015, Stephen Smith was killed in Hampton County, South Carolina and the case remains unsolved. Recently, South Carolina Law Enforcement Division (SLED) opened a new investigation into Stephen's death. On this episode, we take a deep dive into case files to find out what went wrong in that investigation and how its connected to the Murdaugh Murders of 2021.

Thank you to Haskins & Co for sponsoring this episode. Haskins &a...

In February 2019, Mallory Beach was killed in Beaufort County, South Carolina as a result of a horrific boat crash on Archers Creek near Parris Island. Paul Murdaugh was indicted for Boating Under The Influence Resulting In Death among other charges and awaiting trial. On this episode, we take an initial dive into case files to find out what went wrong in that investigation and how its connected to the Murdaugh Murders of 2021.

In 2015, Stephen Smith was killed in Hampton County, South Carolina and the case remains unsolved. In this episode, Mandy examines audio interviews and explores leads in the case. You'll hear from Stephen's mom Sandy about the kind person he was and listen to police interviews that take several wild turns.

In a previous episode, we explored depositions and audio evidence from the 2019 boat crash in which the recently murdered Paul Murdaugh was eventually charged with Boating Under the Influence and causing the death of 19 year old Mallory Beach.

While there are a number of victims connected to this saga, we want to remind everyone that Mallory Beach was a bright young lady who lit up every room she walked into. On this 5th episode o...

On June 7, 2021 Alex Murdaugh called 911 to report that he found his wife Maggie and son Paul shot badly and not breathing at their 1,700 acre hunting lodge in Colleton County, South Carolina.

Th Colleton County Sheriff's office quickly recused itself from the investigation and the South Carolina Law Enforcement Division (SLED) took over the case. On this episode, we take a deep dive into the 911 call and all available evidence...

In February 2019, Mallory Beach was killed in Beaufort County, South Carolina as a result of a horrific boat crash on Archers Creek near Parris Island. Shocking new audio evidence was recently release by SCDNR and we take a deep dive into the implications of that evidence.

Nearly three months after his wife and son were murdered, Alex Murdaugh called 911 to report that he himself had been shot Saturday, September 4th, 2021. His attorney told the press that he Alex was pulled over to repair his vehicle along Salkehatchie Road in Hampton County en route to Charleston when a motorist opened fire toward Murdaugh's 2021 Mercedes SUV. However, the lead investigating agency, SLED, has not confirmed thos...

While a lot of the recent Murdaugh Murders news has focused on Alex Murdaugh, we want to make this episode 9 about Stephen Smith.

Because his life mattered too.

The Murdaugh name was brought up more than 40 times during the course of the investigation of Stephen Smith’s death in 2015.

And a special thank you t...

What Happened To Gloria Satterfield? Part One - (S01E10)

Gloria Satterfield died suspiciously in 2018 following an alleged “trip-and-fall” incident while working at one of the Murdaugh family homes. In this episode we explore the new developments brought about by attorney Eric Bland and his righteous pursuit for justice. Gloria was much more than a housekeeper for the infamous Murdaugh family - she was a mother, a friend and a member of the Hampton community.

According to arrest warrants, Alex Murdaugh concocted a scheme to commit suicide with the help of Curtis "Eddie" Smith so his son Buster Murdaugh would receive a $10,000,000 insurance payout. Smith's attorney Jarrett Bouchette rejects this assertion. We also hear claims from Murdaugh's defense attorney and ...

Gloria Satterfield died suspiciously in 2018 following an alleged “trip-and-fall” incident while working at one of the Murdaugh family homes. In this episode we explore the new developments brought about by attorney Eric Bland and his righteous pursuit for justice. The question in this case now is who will be held accountable. Listen as the case develops and Eric Bland explains all that's happened in the last week.

‘A Good Day For Justice’ - What Happened To Gloria Satterfield? Part Three (S1E13)

On Thursday, October 14, Alex Murdaugh was arrested on two felony charges related to the Gloria Satterfield Case. In episode 13 of The Murdaugh Murders Podcast, we speak with Eric Bland about what the charges mean for his clients — the victims — and what is next for Alex Murdaugh. Will he be able to get out of this?

Donate to the Stephen Smith Go Fund Me https://www.gofundme.com/f/standingforstephensmith

"Another Good Day For Justice" What Happened To Gloria Satterfield? Part Four (S01E14)

On Tuesday, October 19, South Carolina Judge Clifton Newman made a shocking decision in denying Alex Murdaugh bond. Murdaugh was arrested in Orlando, Florida Thursday and charged with two felony counts of obtaining property by false pretenses related to the Gloria Satterfield case, according to the South Carolina Law Enforcement Division (SLED). In this special breaking edition of the Murdaugh Murders Podcast, we will walk you thro...

We also hear from Eddie Smith's attorney Jonny McCoy whose experiences with the criminal justice system...

While a lot of the recent Murdaugh Murders news has focused on Alex Murdaugh, his insurance fraud schemes, and "assisted suicide" plot, we want to make this episode 17 about Stephen Smith. Because his life mattered too.

How Many Crimes Will Alex Murdaugh Be Charged With? Part One (S01E18)

There are currently seven criminal investigations related to Alex Murdaugh and we'll review the salient points in each to capture a bird's eye view of this heinous saga. The Murdaugh name appears repeatedly in police interviews during the investigation of Stephen Smith's murder, but that was just the tip of the iceberg. In this episode, we'll review the funds Alex is alleged to have stolen from the Satterfield estat...

On Friday, November 19th, we learned that prosecutors issued 27 additional felony charges against Alex Murdaugh bringing the total possible jail time to over a hundreds years and our sources believe that could be just the beginning.

In this special edition we'll review the 27 new counts and expand on the implications as we introduce our new partner in true crime, Liz Farrell. Liz was there when Mandy first discovered inconsisten...

On Tuesday, November 30, 2021, SLED released the 911 recording from February 2, 2018 - the day that Gloria Satterfield allegedly fell at the Moselle property and later died in the hospital.

On this tragic call, you can hear Maggie Murdaugh & Paul Murdaugh describe Gloria's condition as the 911 operator battles to glean information from each.

Mandy Matney & Liz Farrell take you through everything they know about Gloria'...