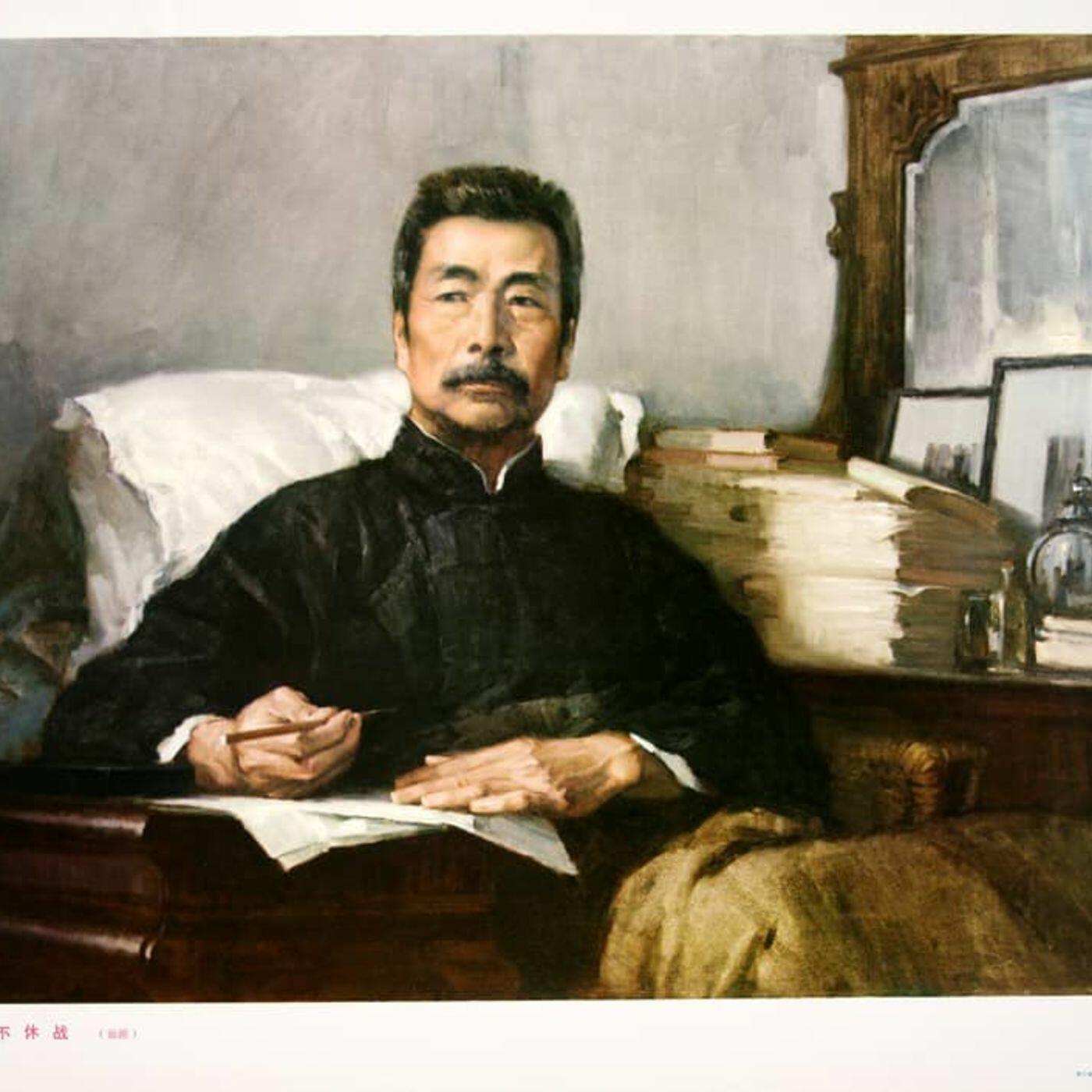 In this podcast, Matthew Rothwell, author of Transpacific Revolutionaries: The Chinese Revolution in Latin America, explores the global history of ideas related to rebellion and revolution. The main focus of this podcast for the near future will be on the history of the Chinese Revolution, going all the way back to its roots in the initial Chinese reactions to British imperialism during the Opium War of 1839-1842, and then following the development of the revolution and many of the ideas that were products of the revolution through to their transnational diffusion in the late 20th century.

Background on Qu Qiubai before he became Communist leader in 1927.

Further reading:
Tsi-an Hsia, The Gate of Darkness: Studies on the Leftist Literary Movement
Jonathan Spence, The Gate of Heavenly Peace: The Chinese and Their Revolution
Paul Pickowicz, Marxist Literary Thought in China: The Influence of Ch'u Ch'iu-pai
Steve Smith, A Road Is Made: Communism in Shanghai, 1920-1927

Some names from this episode:
Qu Qiubai, Named head...

Army or Militia? Mao and the Politburo Diverge on Military Policy for the Autumn Harvest Uprising

Mao takes a critical position on the military line pursued by the Comintern and the Politburo. Also, the issue of scapegoating individuals as a way of dealing with repudiated party policies.

The Decisive Turn to Overthrowing the Guomindang: The 7 August 1927 Emergency Conference

The new policy of mass uprisings against the Guomindang is decided upon, and Mao’s comments at the meeting stand out for their epistemology.

Further reading:
Marcia Ristaino, China’s Art of Revolution: The Mobilization of Discontent, 1927 and 1928
C. Martin Wilbur, The Nationalist Revolution in China, 1923-1928
Tony Saich, The Rise to Power of the Chinese Communist Party
Stuart Schram, ed., Mao’s Road to Power, vol. 3: From the Jinggang...

The mutiny that founded the Chinese Red Army.

Further reading:
Tony Saich, The Rise to Power of the Chinese Communist Party
Stuart Schram, ed., Mao’s Road to Power, vol. 3: From the Jinggangshan to the Establishment of the Jiangxi Soviets, July 1927-December 1930
Marcia Ristaino, China’s Art of Revolution: The Mobilization of Discontent, 1927 and 1928
Agnes Smedley, The Great Road: The Life and Times of Chu Teh [Zhu De]
Chang Kuo-t’ao [Z...

The Comintern’s guidance falls short in response to the ongoing massacre of peasants.

Some names from this episode:
Tang Shengzhi, Hunan warlord who sided with the National Revolutionary Army and contested...

“An Example of the Chinese Tenant-Peasant’s Life”

This episode is an appendix to episode 51, and consists of a booklet written by Mao Zedong describing the life of a tenant-peasant in Hunan. This episode should help you to concretely picture peasant life in Hunan during the period we have been discussing in the podcast, while also giving a short example of Mao Zedong’s practice of social investigation.

Most of this is Mao running down the income and expenditures of a tenant-peasant...

Mao Tries to Legislate a Peasant Revolution: The Wuhan Land Commission (April to May 1927)

Mao’s experience on the Wuhan Guomindang Left government’s Land Commission, with some comparative remarks on land reform in Communist thought.

The Fifth Party Congress of the Communist Party (April 29 to May 9, 1927) decides that the united front is better without Chiang Kai-shek.

Rivers of Blood in the Streets of Shanghai: The Massacre of the Communists by the Guomindang Right

Further reading:
Steve Smith, A Road Is Made: Communism in Shanghai, 1920-1927
Elizabeth Perry, Shanghai on Strike: The Politics of Chinese Labor
Maurice Meisner, Li Ta-chao and the Origins of Chinese Marxism
Stuart Schram, ed., Mao’s Road to Power, vol. 3: From the Jinggangshan to the Establishment of the Jiangxi Soviets, July 1927-December 1930

Some names from this episode:
W...

The Third Armed Uprising in Shanghai

On March 21-22, 1927, Shanghai fell to a combination of general strike, armed uprising, and the advance of the National Revolutionary Army.

Some names from this episode:
Chen Duxiu, General Secretary of the Communist Party
Li Qiushi, Delegate to the Fifth Communist Party Congress known for being very handsome
Mikhail Borodin, Comintern agent and head of Soviet...

The Split in the Guomindang: The Left Government in Wuhan and the Military Headquarters in Nanchang Develop Irreconcilable Differences (January to March 1927)

The question of what sort of revolution the Nationalist revolution will be creates a fundamental division within the Guomindang.

Summation, Red Terror, and Frustration: The Aftermath of the Second Armed Uprising in Shanghai (February and March 1927)

Summations of the Second Uprising on several different levels; the continuing inability of the Shanghai Regional Committee of the Communist Party to control the ‘dog-beating’ squads; and some thoughts on the problem of the inevitability of errors being made in revolutionary armed struggle and Mao’s thinking on that problem.

Where we continue to follow the insurrectionary journey of the Shanghai Communists.

Further reading:
Steve Smith, A Road Is Made: Communism in Shanghai, 1920-1927
C. Martin Wilbur and Julie Lien-ying How, Missionaries of Revolution: Soviet Advisers and Nationalist China, 1920-1927

From Dog-Beating Squads to the First Armed Uprising: The Shanghai Communists’ Steep Learning Curve in Developing Armed Struggle (1922 to 1926)

The bumpy road that the Communist Party took in Shanghai as it developed its capacity to deploy organized violence as a political tactic.

When Peasant Revolution Meets the Theory of the Productive Forces: The Communist Debate on Unity with the Nationalist Left

The tension between maintaining the united front and mobilizing the peasants for revolution finds expression in a crucial debate over strategy at the end of 1926.

Debate breaks out within the Communist Party and the Comintern over how to assess the balance of forces and relate to the developing revolutionary situation engendered by the mass movements in Hunan and Hubei in late 1926.

Revolution in the Countryside: The Peasant Movement in Hunan in the Wake of the Northern Expedition

Mass upheaval in Hunan and elsewhere after people are liberated from warlord rule.

A name from this episode:
Wu Peifu, Northern warlord

The Northern Expedition Begins: Attempts at Merging the Mass Movement with Regular Warfare

Examining the role of both organized and unorganized mass support for the Northern Expedition in its first phase, the offensive from Guangdong to Wuhan from May to October 1926.

Some names from this episode:
Mikhail Bo...

Mao in 1926: War in Hunan, Coup in Guangzhou, Polemicizing for the Peasant Movement

Mao's political activity and intellectual development during the first nine months of 1926.