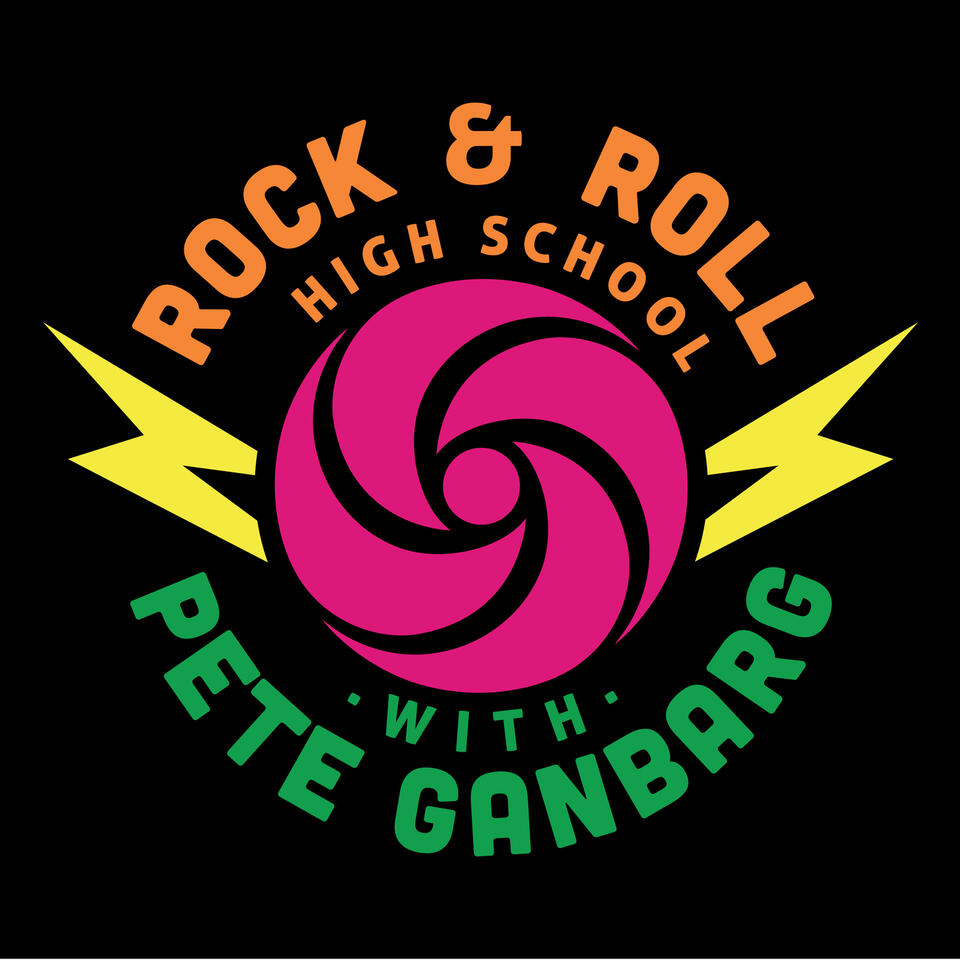 Rock and Roll High School is an interview series that spotlights some of the most important figures in the history of contemporary music. Interviews by Pete Ganbarg, President of A&R at Atlantic Records. About Pete Ganbarg: Pete Ganbarg is President of A&R for Atlantic Records as well as President of ATCO Records, a division of Atlantic. He joined the Atlantic Records Group as Executive Vice President of A&R in late 2008. A 30+ year A&R veteran, Pete has also held senior A&R positions at Arista, Epic and SBK/EMI. As a publisher, Pete operates Songs With A Pure Tone and Margetts Road Music, joint ventures currently in partnership with Warner Chappell Music. Its writers have achieved multiple gold and platinum certifications over the past several years. At Atlantic, among the artists and projects that Pete has signed and/or A&R’d are Grammy Award winning artists twenty one pilots, Halestorm and Jason Mraz; platinum and multi-platinum artists Christina Perri, Melanie Martinez, Skillet, Brett Eldredge, Matchbox Twenty & Rob Thomas, Theory Of A Deadman and Icona Pop; as well as the Original Broadway Cast Recordings of “Hamilton,” “Mean Girls,” “Jagged Little Pill,” “Dear Evan Hansen” and the Multi-Platinum Billboard #1 soundtrack album “The Greatest Showman,” the latter two of which he also co-produced. Pete has received two Grammy Awards: the first in 2017 for his role as producer on the Original Broadway Cast Recording of “Dear Evan Hansen” and more recently, in 2021, for his role as producer on the Original Broadway Cast Recording of “Jagged Little Pill.” Ganbarg began his A&R career in 1989 at SBK Records. In 1997, he joined Clive Davis at Arista Records, where, as Senior Director of A&R, he conceived and A&R’d Santana’s 30x platinum worldwide, nine-time Grammy-winning album, “Supernatural.”

The Zombies were part of the “British invasion” movement of the 1960s and enjoyed some major success for a short period before they broke up after only a few years. But the band’s acclaimed 1968 album Odessey and Oracle is considered to be one of the greatest albums ever recorded and hits like “She’s Not There,” Tell Her No,” and “Time of the Season” remain all time classics. Rod formed a new band called Argent, which hit big in 19...

Groundbreaking singer, songwriter, producer, multi-instrumentalist and 2021 Rock & Roll Hall of Fame Inductee Todd Rundgren started his career as a guitarist for Nazz, before fronting the band Runt and eventually pursuing a solo career. His first official solo album, Something/Anything (released in 1972 via Warner Bros. Records), stayed on the Billboard 200 for nearly a year and contained some of his most notable hits, includin...

One of the most legendary divas of all time, Gloria's recordings of “I Will Survive,” "Never Can Say Goodbye," and "I Am What I Am" remain all-time classics.  The 2-time Grammy Award winner’s career spans over five decades, 20 albums and genres ranging from disco to Gospel. Gloria is also an acclaimed author, the subject of a forthcoming documentary on her life, and a member of the Grammy Music Hall Of Fame.

Jon Anderson (of the band Yes)

Widely regarded as pioneers of progressive rock, Yes were inducted into the Rock & Roll Hall of Fame in 2017. Formed in London in 1968, Yes' sound is instantly recognizable by the band's jazz and rock playing, and by the singular alto-tenor lead vocal of Jon Anderson. Yes' classic albums, including The Yes Album, Close To The Edge, Fragile, and 90125, are staples of classic rock libraries everywhere, and their iconi...

A celebrated and prolific songwriter, Jimmy’s works have been recorded by world-renowned artists, such as Glen Campbell, Richard Harris, Frank Sinatra, Barbra Streisand, Nina Simone, Donna Summer, and Tony Bennett, just to name a few. Some of his best known songs include “Up, Up and Away,” “By the Time I Get to Phoenix,” “Worst That Could Happen,” “Galveston,”  “Highwayman,” “MacArthur Park” and “Wichita Lineman,” which Bob Dylan h...

As creators of the "Philly Sound" and their own Philadelphia International Records label, Kenny Gamble & Leon Huff have written and produced over 175 gold and platinum records, including all-time classics by The O'Jays, Billy Paul, Harold Melvin & The Blue Notes, MFSB, The Three Degrees, Lou Rawls, Teddy Pendergrass, and The Jacksons. Their hits include iconic classics like “Love Train” by The O’Jays and “Me And...

At the age of 16, Debbie Gibson signed to Atlantic Records and immediately had a string of Top 5 hits, all self-written and co-produced. Her songs “Foolish Beat” and “Lost In Your Eyes” both hit No. 1 on Billboard’s Hot 100 (the former of which made her the youngest female artist to write, produce, and perform a Billboard Hot 100 No. 1 song) and her album Electric Youth spent five weeks at No. 1 on Billboard’s Top Album chart. She ...

Tony Visconti is a 3-time Grammy winner and one of the most acclaimed producers in the history of Rock & Roll.  Among his seminal productions are "Get It On (Bang A Gong)," from one of 10 albums he produced for T. Rex, as well as legendary albums for Badfinger, Iggy Pop, Thin Lizzy, the Boomtown Rats, The Moody Blues, and Morrissey.  Most notably, though, Tony produced 14 albums for David Bowie, with whom he worked for ...

The Temptations are one of the greatest singing groups of all-time, with 14 No. 1 R&B singles, including all-time classic hits like “My Girl," "Ain't Too Proud To Beg," “The Way You Do The Things You Do,” and “Just My Imagination (Running Away With Me)." The group is one of the most influential of Motown Records' golden era and their success has transcended to current times with non-stop touring as well ...

One of Atlantic Records’ most iconic artists, Graham Nash started his career by co-founding the English pop/rock group The Hollies. In the late 60's, he partnered with David Crosby and Stephen Stills to form Crosby, Stills & Nash, which later also included Neil Young. The recordings released by Crosby, Stills, Nash & Young remain some of the best-loved of all time, including songs written solely by Graham: "Our Hous...

Among music legends, Nile Rodgers is truly exceptional. He amplifies his legacy as a multiple GRAMMY-winning composer, producer, arranger and guitarist by constantly traversing new musical terrain and successfully expanding the boundaries of popular music. As the co-founder of CHIC , Nile helped to pioneer a musical language that generated chart-topping hits like "Le Freak," (the biggest selling single in the history of Atl...

Kathy Valentine (of The Go-Go’s)

Kathy Valentine has been a working musician and songwriter for over 40 years, ever since she started her first band at age 16 in her hometown of Austin, Texas. After moving to Los Angeles, Kathy joined a band that would go on to make music history: The Go-Go’s. In the group, Kathy wrote or co-wrote some of the bands most renowned tunes, including the hits “Vacation” and “Head Over Heels.” The music of Kathy and The Go-Go’s has insp...

Rock and Roll High School is an interview series that spotlights some of the most important figures in the history of contemporary music. Interviews by Pete Ganbarg, President of A&R at Atlantic Records.

Rock and Roll High School is an interview series that spotlights some of the most important figures in the history of contemporary music. Interviews by Pete Ganbarg, President of A&R at Atlantic Records.