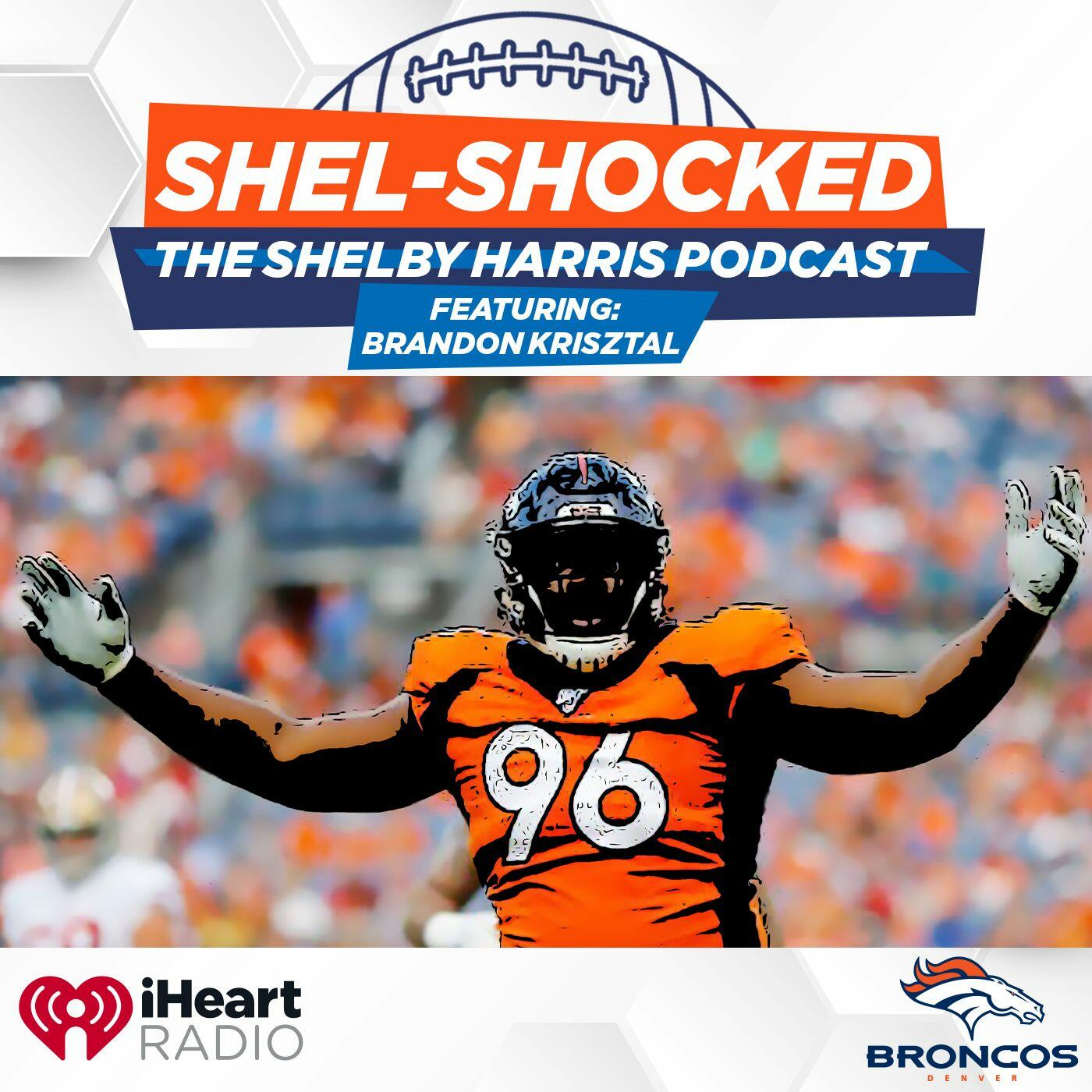 Broncos Defensive Lineman Shelby Harris has no problem speaking his mind. One of the team’s leaders on and off the field as plenty to say about what’s going on with his team, as well as the entire NFL. But, Shelby is much more than just a football player and he and co-host, Brandon Krisztal, discuss the world of sports at large, and anything else that’s on Shelby’s mind. And Shelby and BK will talk to some of the biggest names in sports an entertainment every week!

June 10, 2021 • 52 min
In the 4th episode of "Shel-Shocked" Shelby welcomes Broncos Defensive Lineman Dre'Mont Jones (14:04). Prior to that conversation, Shelby touches on the Softball College World Series (4:41), as well as his beloved Bucks (8:55). Dre'Mont covers a number of topics including what it was like to play at Ohio State and play for Urban Meyer (20:05). They also discuss balancing friendship and competition for players going ...
Share
Mark as Played

June 3, 2021 • 86 min
In the 3rd episode of "Shel-Shocked" Shelby welcomes Broncos Pro Bowl Safety Justin Simmons (11:24). Prior to Justin hopping on, Shelby gives his BBQ must-haves for any self-respecting cookout (6:18). Justin was at Game 5 of the Nuggets and Blazers, so there's plenty of good playoff hoops talk. There's also plenty of conversation about heavier topics including thoughts on Naomi Osaka and her mental health struggles ...
Share
Mark as Played

May 27, 2021 • 81 min
In the 2nd episode of "Shel-Shocked" Shelby welcomes fellow defensive lineman former Bronco, now 49er, Zach Kerr (14:55). Before Zach comes on BK gets the lowdown on Shelby's skin-related surgery Monday, and what Shelby reveals what he told his wife in the recovery room. Shelby also weighs in on the value of OTAs (10:10). And one of the big reasons he wanted to have Zach on, beyond the obvious football talk, was both gu...
Share
Mark as Played

May 20, 2021 • 65 min
In the premiere episode of "Shel-Shocked" Shelby welcomes his fellow defensive lineman Mike Purcell (12:08). They cover a lot of ground including their thoughts on Tim Tebow joining the Jaguars, why Broncos players believe in Drew Lock, and they even talk some trash about their video game prowess. It's the first time Mike has really talked since his season ending injury in October, and he provides an update for where he...
Share
Mark as Played

May 11, 2021 • 17 min
In this Preview to his weekly Podcast, Shelby Harris tells you why he wanted to host a podcast, as well as some of his thoughts on the controversy surrounding the Ja'Wuan James injury and fallout from it with the players and the league.
Share
Mark as Played