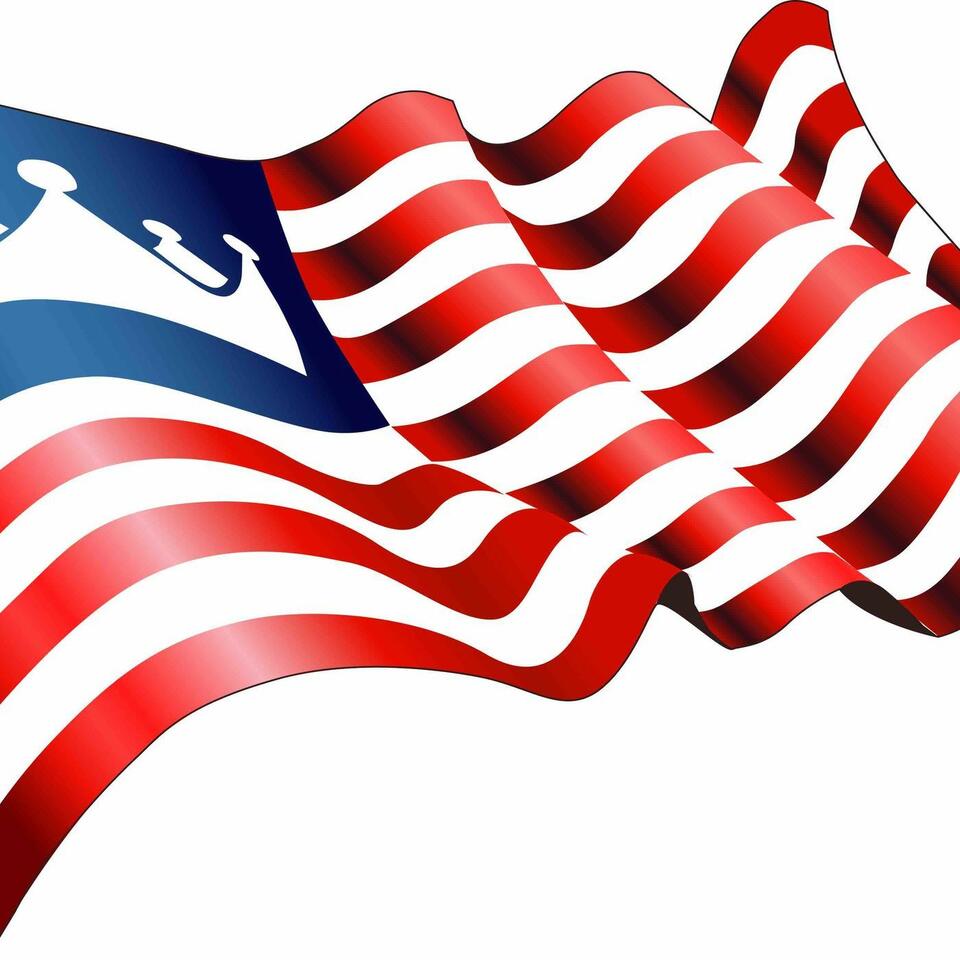 The Rise of King Asilas

When America faced its ultimate crisis, the second civil war, a leader emerged that unified the fractured country. However, in order to reunite all the warring states, he had to restructure the government and restore order. In doing so, the country changed from a democracy to a monarchy. Reluctantly, General Asilas Roman became America's first king. This is the story of King Asilas, an American patriot who became the center of the country's most definitive time in history and the people he trusted during his reign as America's first absolute ruler.

King Asilas condemns Prince Isaac to die, and Gabriel to dispatched to help him. However, saving Isaac only presents greater problems to solve. Lord Banks and the others continue to have difficulties finding shelter and their frustrations boil over into great strife that will leave one of them dead. Queen Ana takes lead of the demon army and the march begins towards Israel and Megiddo.  Beals relishes in the fruition of King Asilas...

King Asilas and Lord Shelley gleefully address their generals and followers at the Grand Castle only to be challenged by one among them. Gabriel and Isaac sneak into the Grand Castle to witness the king behaving in the most shocking way. Lord Banks, JJ and the others find themselves trapped in another bunker with a limited supply of air and time running out to escape. Back on Exile Island, Jacob makes a bold, new plan and returns t...

After attempting to blow up Lord Shelley’s plane, Isaac and Gabriel head back to Exile Island unsure if their efforts were successful. Without warning, Gabriel becomes gravely ill. Lord Banks and the others are trapped in another bunker when demons bust down the door. King Asilas gathers his army of demons and something incredible happens, to the astonishment of Lords Hemingway and Oreb. Features the song “Lilith” by Holizna.

Isaac comes up with an incredibly risky plan to destroy Lord Shelley's plane and wreck his father's plans. However, fate is never kind to those who wish to derail destiny. Lord Hemingway finds himself in a life or death situation and Lord Banks and Monica are shocked by the return of those they left for dead. The king breaks down in his admissions about his role in Lord Capone's chaotic life.

Oreb and the others try to gain access to a jet and a cache of Orion weapons, but find resistance from possessed friendlies and a midair attack. JJ and Cody find themselves locked outside the bunker as demons close in. Isaac makes an unlikely alliance with someone very close to the king. Features the song “Deliverance” by Wikka.

Support this podcast by visiting our merch storefront on TeePublic. And also buy a box of BUILT BARS, the...

A Tribute to John Doby

In 2021, we lost our dear friend and voice actor John Doby. He portrayed the character "Lord Quintin Capone," but he was more than merely a gritty voice. He was a collaborator who helped develop the Capone character and also became a good friend to the show. John had a wealth of personality and talent and breathed an authenticity into Capone that exceeded expectations. He is now immortalized as the Capone character on The R...

Episode 69: The Lion and the Lamb

King Asilas has an eye opening discussion about his role in the world with the Archangel. Although in a weakened state, Cody makes a dark declaration which makes JJ sad. Lord Oreb and the others realize they need to land their chopper at a different base and get access to a plane that will take them back to the original states. But they know there are great risks and many dangers ahead of their journey. Isaac makes a bold gamble an...

Episode 68: The Power of Prayer

Oreb has a mid-air battle with a demon in the cockpit of a chopper. Lord Banks and JJ locate a vehicle and take an abandoned clinic to recuperate. But terrifying creatures are closing in on them once again. The Alpha Omega readies up his angel army for a showdown with King Asilas. The king also readies up his human army and gives a speech about the merging of demons and humans for the ultimate battle. But the Spartans will have to ...

The king and Lord Oreb come to the conclusion Gabriel has betrayed them, but are unsure why. The reality of Capone’s death begins to set in for the king, who mourns his dear friend in a strange way. Lord Banks and the others decide to look for a different bunker as Cody’s condition worsens. Monica stays with Cody while Lord Banks and JJ venture into the dangerous unknown. Lord Oreb and the others eventually make it to a small air b...

Lords Oreb and Hemingway use mysterious means to get Lord Shelley to go with them, but they have a far bigger problem in terms of transportation. On Exile Island, Isaac tells Jacob what has been taking place at the Grand Castle and says he believes the king has murdered the queen. In South Carolina, Lord Banks, Monica and JJ try to figure out their next move while dealing with Cody’s failing health. During prayer, Asilas is visited...

King Asilas has to bring himself to do something unforgivable to the queen. But Prince Isaac is awaken by a terrifying nightmare that reveals what his father actually did to his mother. He confronts the king, and the Asilas is forced to arrest him and put him in the “dungeon.” In jail, Isaac meets Britney, who tells him of his father’s secret side. Gabriel, after meeting with the king, finds himself wandering in the castle and disc...

Tom Novak interviews a retired General, who has choice words about the state of the kingdom and King Asilas himself. Lords Oreb and Hemingway inch their way closer to Shelley, but are once again attacked–this time by demons. Oreb, however, has a secret, alien weapon. Lord Banks and the others find that their escape tunnel has caved in. But something far more ominous is happening on the surface. The king gives his first speech to th...

Beals has a heated exchange with Asilas, and then takes him to the pits of Hell where the king finds a familiar old friend, who gives him a startling revelation. In the mountains of China, Lords Oreb and Hemingway are attacked by the fabled Yeti. Lord Banks and the others find themselves trapped in a bunker with no way out but a mysterious tunnel as demons and cannibals try to break in. Jacob struggles to understand how he ended up...

The Alpha Omega visits the king, but the conversation ends with a stark warning. Lords Oreb and Hemingway make it to China, near the mountain range where Shelley is believed to be hiding. The king tries to make one of the women in his harem to throw herself over the roof of the castle. Lord Banks, Monica, JJ and Cody make their way to a secret bunker in South Carolina, but find themselves in a frightening circumstance. Lords Oreb a...

King Asilas seeks refuge in the “safe room” as demons overtake the Grand Castle. However, an angelic event occurs over the skies of America, perpetuating a series of horrifying mysteries worldwide. Lords Oreb and Hemingway are sent to retrieve Lord Shelley from the mountains in China, while Prince Jacob finds himself in exile. The king then caves to his carnal desires, but does something unspeakable to the women. Features the song ...

Pope Innocent XIV heads to Galilee to give his “sermon on the mount,” where a group of assassins wait for him. Monica and her handlers make it to the shores on South Carolina where they stumble upon Cody and JJ’s impromptu wedding. All witness something incredible in the skies above. Features the song “The King in Yellow” by Ah Pook the Destroyer.

Capone has a fiercely intense meeting with Malcolm Banks that doesn’t end well. Another shocking attack on the Grand Castle appears to be much more than the king can handle, but something immensely grim happens that leaves everyone running for cover. Dr. Liverpool is called to examine the corpse of a giant and is aghast by what he learns. Monica is smuggled out of the European territory, but her journey home is mired with uncertain...

Dr. Liverpool and his team make a terrifying discovery underground. A horde of cannibals and giants attack the Grand Castle and threaten the king inside. However, Capone leads a team of Spartans to defend the castle. The Pope and Cardinals make their pilgrimage, but encounter nomadic gangs and cannibals along the way. Cody and JJ make it to Washington, D.C. looking for Cody’s father and end up in the fight for the lives. Features t...

Try BUILT BARS. The preferred protein bars of exercise enthusiasts!
Monica makes a daring plan of escape. Oreb’s team brings back mysterious technologies from Antarctica and the images it displays leaves the king and his inner circle confused. Major volcanic eruptions add more calamities as the king continues to lose his grip on the world. Millions go missing and news reports makes it impossible dismiss the disappearances. Asilas, ...