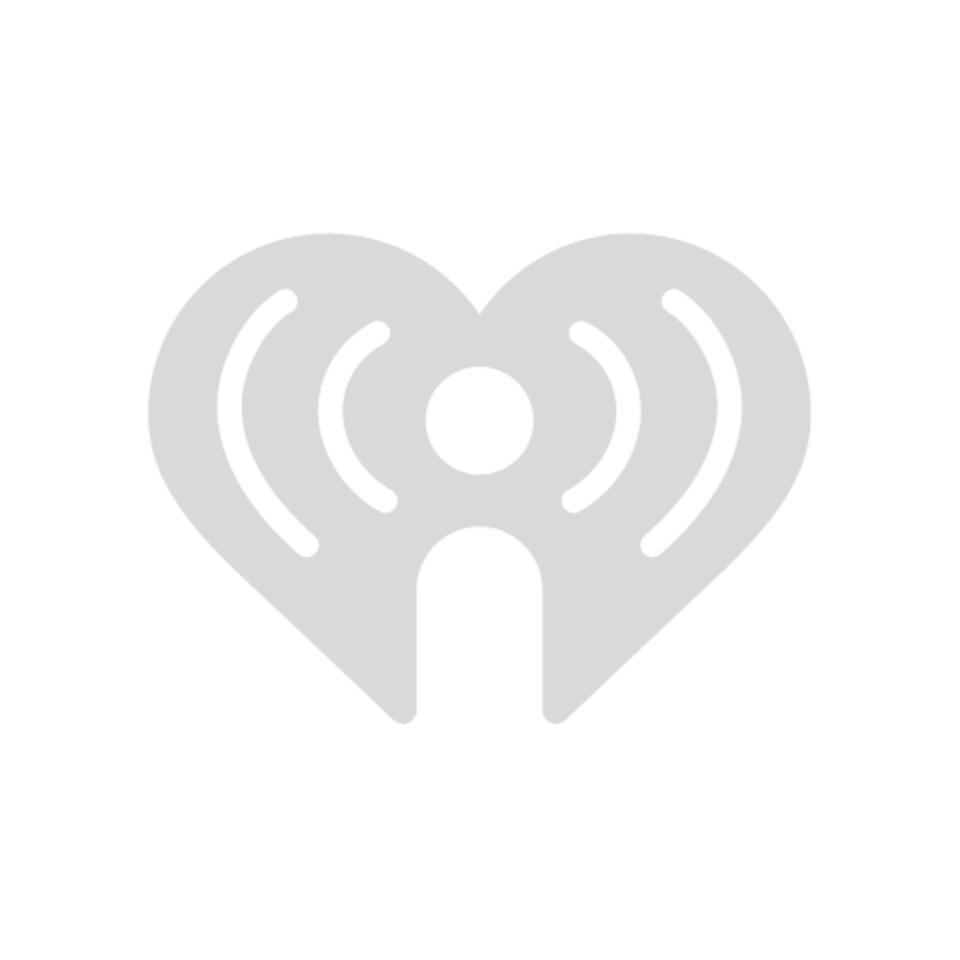 EMMY award winning crime beat reporter Matt Johnson dusts off his reporter notebooks for this exciting podcast and gives you a first hand perspective on cold cases, homicides, mysteries & murders he has covered, followed and still haunt him today. Follow on social and wwww.truecriumedeadline.com

Matt is an EMMY award winning journalist who dusts off his reporter notebooks to bring you his first hand account of covering notorious crimes and lesser known cases over his career.

NEW SHOCKING DETAILS: Daughter of the 'San Francisco Witch Killer' Jenn Carson, speaks out about her father and stepmother's murder spree across California.

James Clifford Carson (aka Michael Bear Carson) and Susan Barnes Carson (aka Suzan Bear Carson) are convicted of three murders between 1981 and 1983 in Northern California and the San Francisco Bay Area. The Carson's are referred to as the 'Witch Killers'...

34 - MYSTERY: The Disappearance of Christine Walters

EXCLUSIVE INTERVIEW with Anita Walters, mother of  Christine Walters who mysteriously disappeared after being found naked on a stranger's doorstep.
Christine Walters is described as a nature lover, animal lover and yogi. She was a junior in college studying Botany and wanted to help rebuild  ecosystems.

Then in the Summer of 2008, Christine decided to visit friends living in Portland Oregon. From there she met new friends, self p...

EXCLUSIVE INTERVIEW with Janis Moore McCall, mother of Stacy McCall who was one of the three women who went missing in Springfield MO in 1992 without a trace.

On June 6th 1992 Stacy and Suzie graduated from Kickapoo High School. That night the teens went to a few graduation parties and planned to sleep at a friends house and ...

On January 26, 2011 Ellen Rae Greengerg was found dead in her Philadelphia apartment with multiple stab wounds.

She suffered from 20 stab wounds, including ten to her back & neck, there were bruises all over her body an her dead body was positioned upright against the cabinets, (which is against any findings that the family says could lead to suicide.)

Ellen's parents, Josh and Sandee Greenberg have partnered with criminal i...

On February 13, 2017 13 year old Abigail Williams and 14 year old Liberty Rose German were dropped off at the trailhead of 'High Bridge' near Hoosier Heartland Highway in Delphi Indiana to hang out.

The teens were never seen by family or friends alive again. Both friends wanted to join the FBI academy and solve crimes together. This passion for true crime may have been...

College student Katie Sepich was a loving sister, friend and daughter when she was attacked, raped and murdered Labor Day weekend in 2003.

On August 31, 2003, New Mexico State University College student Katie was walking home after going to a party near campus. She had gotten into a big fight with her long-distance boyfriend.

While walking home, the suspect Gabriel Avila [who was on drugs] almost hit Katie with his car, then followed...

Dana headlined at the Dunes casino before moving to the Imperial Palace where he was the first Elvis to star in 'Legends in Concert'. He was a father and looking to leave the spotlight and start a landscaping business, supplying high dollar palm trees to the city of Las Vegas. Mary was a moth...

NEW INTERVIEW: Golden State Killer survivor Kris Pedretti opens up about the crime, why she was unable to talk about it for years and what she plans to say in court during sentencing.

Most commonly referred to as the 'Golden State Killer', DeAngelo was also named the Visa...

This is the same missing persons case at the center of the NETFLIX true crime documentary 'Tiger King'.

On August 18, 1997 Millionaire Jack 'Don' Lewis who went missing after leaving his house in Tampa Florida.

The documentary has sparked new interest in the cold case and a group of armchair detectives have als...

A bizarre case and a series of deaths surrounding Lori Vallow and Chad Daybell. The so-called 'Doomsday Couple' are currently in jail facing several felony charges.

In August 2020, they are due to appear in court for separate preliminary hearings where we expect to hear more details about the deaths of Vallow's children "JJ" and Tylee.

Rawson is the author of the "tell all" book titled: "A Serial Killers Daughter, my story of faith, love and overcoming". Rawson describes herself as a crime victim and says she lives with P-T-S-D an...

My friend and colleague John Huck from FOX 5 Las Vegas and I discuss witnessing the execution of a condemned death row inmate.

Rosenstock was lured to his hotel room at the Tropicana Hotel by Colwell's girlfriend Merillee Paul who was posing as a prostitute. Once in his room he was robbed and strangled t...

Matt is an EMMY award winning journalist who dusts off his reporter notebooks to bring you his first hand account of covering notorious crimes and lesser known cases over his career.

This season kicks off with several exclusive interviews connected to the Golden State Killer, the BTK Serial Killer and the so-called Tiger King.

On Friday December 13, 1985 newlyweds Gary and Stephanie Gillette were celebrating Christmas as a new family. Gary had three daughters from a previous marriage and Stephanie loved them like her own.

The new, blended family had gotten a Christmas tree and were decorating the house on the 4800 block of Corpus Christi Texas.

That weekend, Gary who was a successful business owner in the oil industry attend some holiday parties with his ...

Leslie Mazzara, Adriane Insogna and Lauren Meanza were roommates living in a small house near downtown Napa when a killer broke in and attacked two of the women.

On October 31st 2004, the friends were celebrating Halloween, drinking wine, watching scary movies and passing out candy to neighborhood children... unaware that a man they knew, was stalking them, armed with a knife and waiting for them to go to bed.

In July 2006, 19-year-old Joseph Miranda was working for a local landscape company outside Baltimore Maryland.

He went to work early, kissed his mom goodbye and drove off in his jeep. His mom Adrienne never saw him alive again.

Witnesses say Joseph was asking a co-worker to use a 7,000 pound Bobcat Tractor to move trees when the driver of the bobcat ran him over.

On June 2, 2017 a mail carrier discovered Jessica Johnson dead and tied to a mailbox in Horn Lake Mississippi.

The DeSoto County Coroner determined her cause of death as Asphyxiation due to Hanging.

In a NEW INTERVIEW with Jessica's parents, Linda and David Johnson, say she was not suicidal and believe Jessica was murdered.

They hired a forensic expert who points to how the shoe laces were tied around her head, how far the mailbox...

American Hero, Alek Skarlatos opens up in a rare interview about stopping a terror attack on a train from Amsterdam to Paris.

In 2015, Alek was on leave after being deployed to Afghanistan with the Oregon Army National Guard.

He was on the train with lifelong friends Spencer Stone and Anthony Sadler.

About three hours into the trip, a shirtless man armed with a AK Assault style riffle, nine magazines, 270 rounds of ammunition and a bo...

On January 15, 1978, Kathy Kleiner was asleep in her room at Chi Omega sorority house at Florida State University in Tallahassee FL., when serial killer Ted Bundy broke in and attacked.

Bundy killed Margaret Bowman and Lisa Levy and then charged into Kathy's room and started attacking Kathy and her roommate Karen Chandler.

Bundy was convicted of murder and sentenced to death. He was executed in 1989.

Both Kathy and Karen survived ...

Bob Saget's Here For You

BOB SAGET’S HERE FOR YOU is a podcast that is like no other— For one, this podcast has guests who are friends of Bob’s, or just really interesting people who many of you know and love. Secondly, this podcast is unique because it goes inside Bob Saget’s mind, and then quickly filters out through his mouth. Bob has a way of calming people he has conversations with as well as being entertaining and often informative. Bob talks with his guests with genuine empathy and humor, while reaching his unusually diverse audience that he talks to as a friend, Bob is the dad with great advice, the irreverent funny guy who’s always there when you need a laugh, and the free-associative Bob who goes off on crazy tangents then returns to the subject at hand, as serious or as comedic as it may be, to wrap up each episode in a way only Bob can do. Because he really does believe, “He’s here for you." According to the official story, on April 4th, 1968, a lone gunman assassinated Dr. Martin Luther King Jr. at the Lorraine Motel in Memphis, Tennessee. That man, James Earl Ray, pled guilty and for most people the case was closed. The MLK Tapes, a new true crime podcast from the creators of Atlanta Monster and Monster: DC Sniper, explores rare recordings of eye-witness testimony and new interviews with people who were there to reveal the true story of the plot to kill Dr. King.