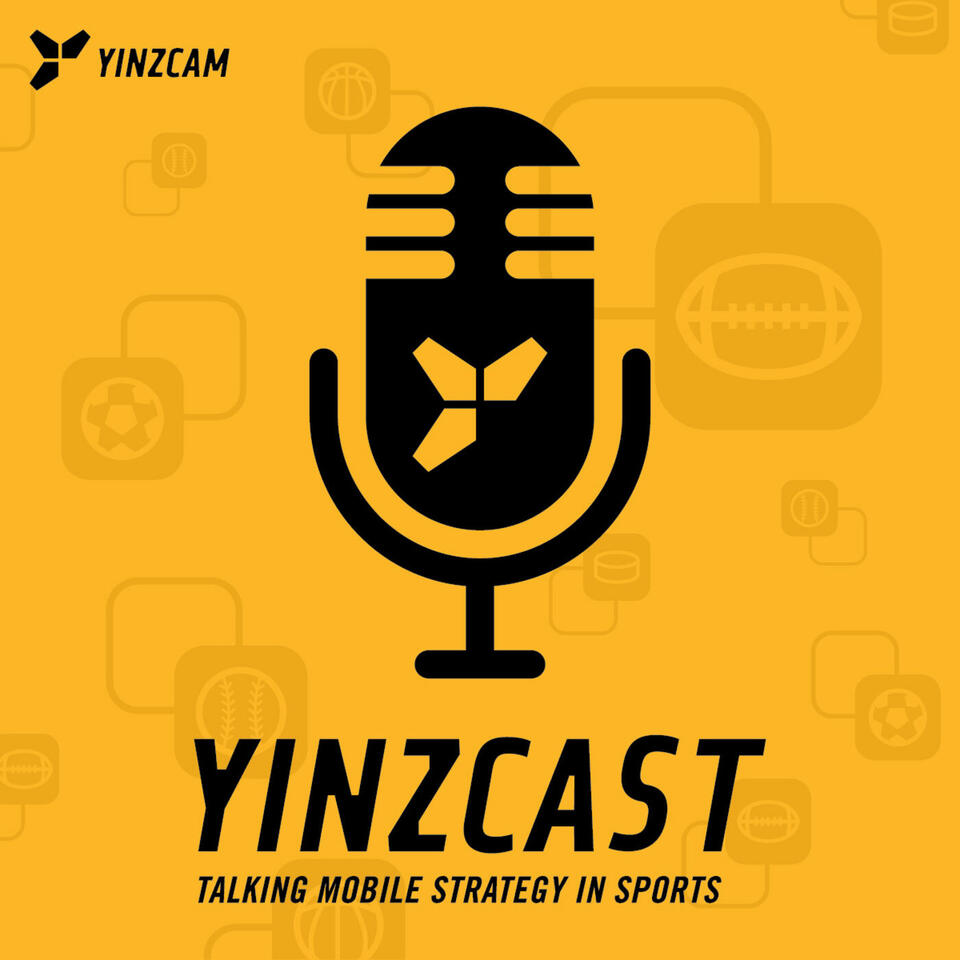 YinzCast is the official podcast of YinzCam, the premier mobile app developer in professional sports, and features interviews with executives from the NBA, NFL, NHL, LaLiga, Australian Football League and more, sharing their thoughts on mobile strategy, augmented reality, IPTV and more! Founded out of Carnegie Mellon University in 2009, YinzCam has developed more than 180 mobile apps for teams, leagues, venues and events around the world, totaling more than 67 million app installs.

On this episode of the YinzCast, we are joined by Joseph Crall, the front-end developer and manager of digital products for the Oklahoma City Thunder. Crall talks with host Jeramie McPeek about the evolution of his team's mobile app and about the club's prediction game, Thunder Free Play.

On this episode of the YinzCast, we are joined by David Griffin, the director of digital products for the Las Vegas Raiders. A 10-year veteran of the digital sports industry, Griffin discusses the franchise's move from The Bay to The Strip, and how the club is using its new dual-mode mobile app to engage both NFL fans and visitors to the new Allegiant Stadium, even turning the state-of-the art venue into a drive-thru for "G...

On the latest episode of the YinzCast, we are joined by Brooks Steele, the Sr. Digital Product Manager for the NBA's Utah Jazz, who discusses the club's creative sponsorship activation through augmented reality, as well as their dual mode app for both the team and Vivent Arena.

On this episode of the YinzCast, we are joined by Matt Koch, director of digital media for the Chicago Bears, who discusses the team's mobile app and their mobile auctions, which have raised more than $250,000 for the organization's charitable foundation, Bears Care.

With the 2020-21 NBA successfully season under way, we spoke with Jay Riola, the Senior Vice President of Strategy & Innovation for the Orlando Magic, one of our oldest and newest NBA clients. Jay joined us to talk about the Magic's mobile journey and about the team's focus on a data-driven app, for both fans in attendance at the Amway Center and those at home on the couch.

For the season two premiere of the YinzCast, we dive deep into the official mobile app of the NFL's Philadelphia Eagles.

The team's director of digital technology, Tanmay Patel, and the club's junior web developer, Chris Rutledge, join us to discuss some of the unique features and functionality within the Eagles' app, including an exclusive portal for game-day employees, an augmented reality activation supporting an ...

With a new season of NFL football kicking off, we sat down with Will Bryan, the Carolina Panthers' Web and Mobile Experience Manager, who talked about his team's mobile app strategy during the pandemic. Bryan also talks about his team's unique set-up for mobile food & beverage ordering, his love of push notifications and the team's latest venture into augmented reality.

With the 2020 NFL season quickly approaching, we talk with the Baltimore Ravens' digital team of Michelle Andres, Dave Lang and Erin Herbert, who share the vision and strategy behind the team's official mobile app.

On our first-ever international episode of the YinzCast, we talk with Russell Jones and Richard Pepper of the Wolverhampton Wanderers FC, better known as Wolves FC from the English Premier League.

Jones, the GM of Marketing & Commercial Growth, and Pepper, the Head of Digital, discuss the club's ventures into other entertainment verticals, their creative approaches to engaging their supporters following the return of footbal...

On the latest episode of the YinzCast, we are joined by YinzCam's new Chief Strategy Officer George Scott, who discusses his career working in the sports business and in the digital space, including 12 years with the National Football League.

On this special edition of the YinzCast, we are joined by eight of our NBA clients, who talk about engaging fans during the COVID-19 pandemic, and about the Shot Clock Challenge shooting competition now underway in their mobile apps.

Fresh off of Super Bowl LIV, Kansas City Chiefs digital media manager Nathan Brunzie joins us to talk about kissing the Lombardi Trophy, and about the strategy behind the team's official mobile app.

On the 4th episode of the YinzCast, we are joined by Matt Haberkamp, the digital UX coordinator for the Green Bay Packers, who shares his perspective on mobile app design and user experience, as well as his insight into the Packers Pass fay loyalty program and the F&B experience at Lambeau Field.

On our third episode of the YinzCast, we sit down Keith Detwiler, the Phoenix Suns' vice president of digital growth, engagement and strategy, and Marc Kulbersh, the Suns' manager of business innovation & strategic partnerships to talk about the club's unique integration of PayPal into its official mobile app.

On Episode #2 of the YinzCast, we are joined by Reagan Berube, director of content for our hometown Pittsburgh Steelers, who shares some insight into the team's mobile app strategy and discusses the club's unique augemented reality activations at Heinz Field.

On the premiere episisode of the YinzCast, we are joined by Micah Kamla, the manager of digital development for the NBA's Houston Rockets, who shares his thoughts on mobile strategy and discusses some of the unique features within the Rockets' mobile app.