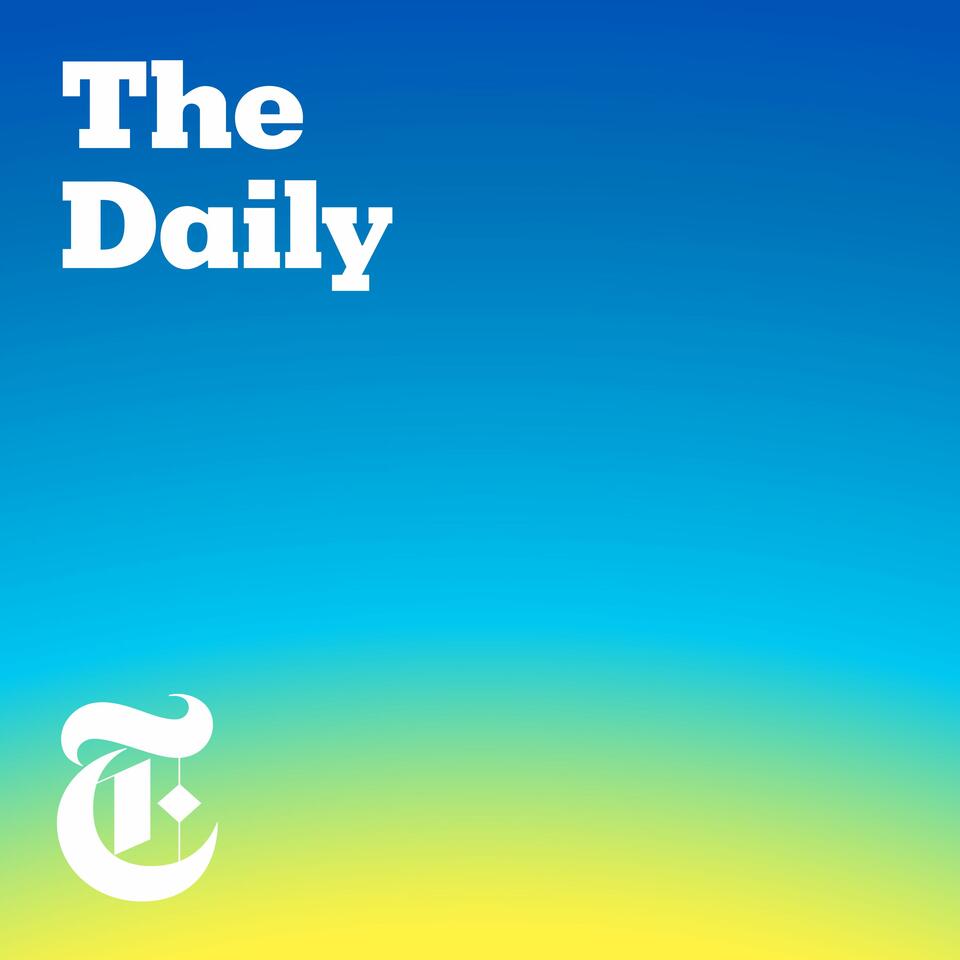 This is what the news should sound like. The biggest stories of our time, told by the best journalists in the world. Hosted by Michael Barbaro and Sabrina Tavernise. Twenty minutes a day, five days a week, ready by 6 a.m.

The Sunday Read: ‘How Houston Moved 25,000 People From the Streets Into Homes of Their Own’

Michael Kimmelman, the architecture critic of The New York Times, traveled to Houston to observe an approach to chronic homelessness that has won widespread praise.

Houston, the nation’s fourth-most populous city, has moved more than 25,000 homeless people directly into apartments and houses in the past decade, an overwhelming majority of whom remain housed after two years.

This has been achieved through a “housing first” practice: m...

The Supreme Court overturned Roe v. Wade, a ruling that eliminates women’s constitutional right to abortion after almost 50 years. “Roe was egregiously wrong from the start,” Justice Samuel A. Alito Jr. wrote on behalf of the majority, while President Biden has denounced the court’s action as the “realization of extreme ideology.” In this special episode, we explore how the court arrived at thi...

A bitter debate about the criteria for enrolling students at Lowell, in California, has echoes of the soul-searching happening across the U.S. education system.

Guest: Jay Caspian Kang, a writer for Times Opinion and The New York Times Magazine; and Jessica Cheung, a senior audio producer for The Daily.

Want more from The Daily? For one big idea on the news each week from our team, subscribe to our newsletter.

Bonus: A Major Ruling on Guns

In the most sweeping ruling on firearms in decades, the Supreme Court struck down a New York law today that had placed strict limits on carrying guns outside the home. The decision has far-reaching implications, particularly for six other states that have similar laws limiting guns in public. This evening, we revisit an episode from November 2021 that tells the story behind one of the most significant gun cases in American history....

The Supreme Court Case That Could Doom U.S. Climate Goals

While coming rulings on abortion and guns have garnered lots of attention, the Supreme Court is also set to make another major decision in a less-publicized suit involving climate change.

The case, about how far the Environmental Protection Agency can regulate greenhouse gas emissions from power plants, could affect the way the entire government makes rules and regulations.

How Biden’s Approval Rating Got So Low

During his campaign for president and in his first year in office, Joe Biden tried to be all things to all people. But trying to govern on behalf of such a broad political coalition has left his administration with something of an identity crisis.

In alarming figures for Democrats ahead of the midterms, Mr. Biden’s approval rating has reached the lowest level of his presidency, while 70 percent of Americans say that the country is o...

Why Is It So Hard to Buy a House in America Right Now?

When Drew Mena and Amena Sengal decided to relocate their young family from New York to Austin, Texas, they figured they’d have no problem.

What they hadn’t realized was that, across the country, home prices — and competition to secure properties — had risen to jaw-dropping levels.

Guest: Francesca Mari, a contributing writer for The New York Times Magazine and a fellow at the think tank New Amer...

A New Podcast From The Times: First Person

First Person is the newest show from New York Times Opinion. Each week, host Lulu Garcia-Navarro shares the stories of people living through the headlines. In this episode, Lulu asks: Are parents’ rights truly rights for all parents, no matter their politics?

Parental rights. It’s a term that burst into the public consciousness in recent years. This year alone, 82 bills have been introduced in 26 states under the banner of parental ...

What the Jan. 6 Hearings Have Revealed So Far

The House committee that was tasked with scrutinizing the events surrounding the attack at the U.S. Capitol on Jan. 6, 2021 is holding a series of public hearings.

Testimony from key figures has explored a campaign by former President Donald J. Trump and his allies to subvert American democracy and cling to power by reversing an election. The panel has recounted how Mr. Trump’s actions brought t...

How Worried Should We Be About Monkeypox?

Cases of the monkeypox virus are spreading in many countries where it has rarely, if ever, been seen before, including in the United States.

Although there are a lot of unknowns about the illness, the rapidly rising number of infections has caused alarm bells to sound among public health agencies.

Guest: Apoorva Mandavilli, a reporter for The New York Times, with a focus on science and global health.

Want more from The Daily? For one ...

The Claws of a Bear Market

The meteoric rise of the U.S. stock market over the past two years has come to an abrupt end.

A steep downturn recently has led to what’s known as a bear market. But what does that mean, and why might policymakers have to hurt the economy to help it in the long term?

Guest: Jim Tankersley, a White House correspondent for The New York Times, with a focus on economic policy.

Want more from The Daily? For one big idea on the news each we...

The Senate has reached a bipartisan deal that could lead to the most significant federal response to gun violence in decades.

Senator Chris Murphy, Democrat of Connecticut, was deeply involved in the negotiations. Today, he tells us how news of the shooting in Uvalde, Texas, left him with a feeling of desperation — and renewed determination to make progress.

Guest: Senator Chris Murphy, who has spent the decade since the massacre at ...

The Incomplete Picture of the War in Ukraine

In the nearly four months since the Russian invasion of Ukraine, the United States has been giving officials in Kyiv a steady stream of intelligence to aid them in the fight.

But what is becoming clear is that the Ukrainians are not returning the favor.

Want more from The Daily? For one big idea on the news each week from o...

The Sunday Read: ‘The “E-Pimps” of OnlyFans’

Ezra Marcus takes a deep dive into the world of OnlyFans and self-described e-pimps, and untangles the vast web of models, agencies and “chatters” (the people who often act as the OnlyFans models in private messages with the customers) that support these lucrative businesses.

The article explores how e-pimps can help turn a seemingly simple exchange of “dollars for sexts” into a transaction that extends across layers of third-party ...

This week, voters in San Francisco ousted Chesa Boudin, their progressive district attorney. The move was seen as a rejection of a class of prosecutors who are determined to overhaul the criminal justice system.

But what happened to Mr. Boudin can be seen as more the exception than the rule.

Want more from The Daily? F...

The Proud Boys’ Path to Jan. 6

After a nearly yearlong investigation, the congressional committee examining the Jan. 6 attack on the Capitol will begin holding televised hearings on Thursday.

One focus of the hearings will be the Proud Boys. The trajectory of that group, which grew out of a drinking club in New York City for men who felt put upon by liberal culture, has now led to charges of trying to overthrow the United Sta...

‘Most Violence Is Not Caused by Mental Illness’

After a series of deadly mass shootings in the United States, the National Rifle Association and some Republican leaders and conservatives are pointing to mental illness.

This approach raises a question: How can the mental health system stop gun violence when mental illness is so rarely the cause of it?

We revisit a conversation from 2018 with a psychiatrist who is wrestling with that challenge.

Why Polling on Gun Control Gets It Wrong

In calling for Republicans to pass gun safety measures like expanded background checks, Democrats point to polls that show most Americans support the idea.

They aren’t wrong about the polling. In fact, some polls show that over 90 percent of Americans support expanded checks.

Polling, however, does not tell the whole story.

Guest: Nate Cohn, a domestic correspondent for The Upshot at The New York Times.

Want more from The Daily? For...

This episode contains strong language and details of a sexual assault accusation.

Since a jury ruled in favor of Johnny Depp in his defamation case against his ex-wife Amber Heard, there has been impassioned debate about what exactly the outcome means for the #MeToo movement.

It raises the question: If people being accused of sexual assault can potentially win defamation cases in court, what does that mean for the accused — and the a...

We cannot escape our bodies. So how do we reconcile them with who we really are?

Sam Anderson, a staff writer, considers this particular conundrum of the human condition by recounting his lifelong struggle to maintain a healthy weight: his teenage triumph over the “legendary snacker” he was in middle school, the slow creep of the pounds in early adulthood, and the pandemic’s expansive effect on his waistline. 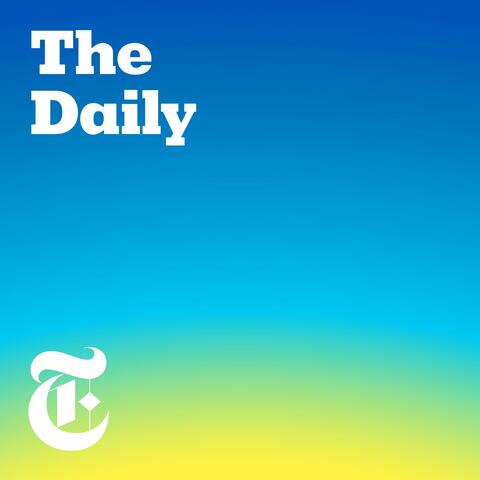 This is what the news should sound like. The biggest stories of our time, told by the best journalists in the world. Hosted by Michael Barbaro and Sabrina Tavernise. Twenty minutes a day, five days a week, ready by 6 a.m.