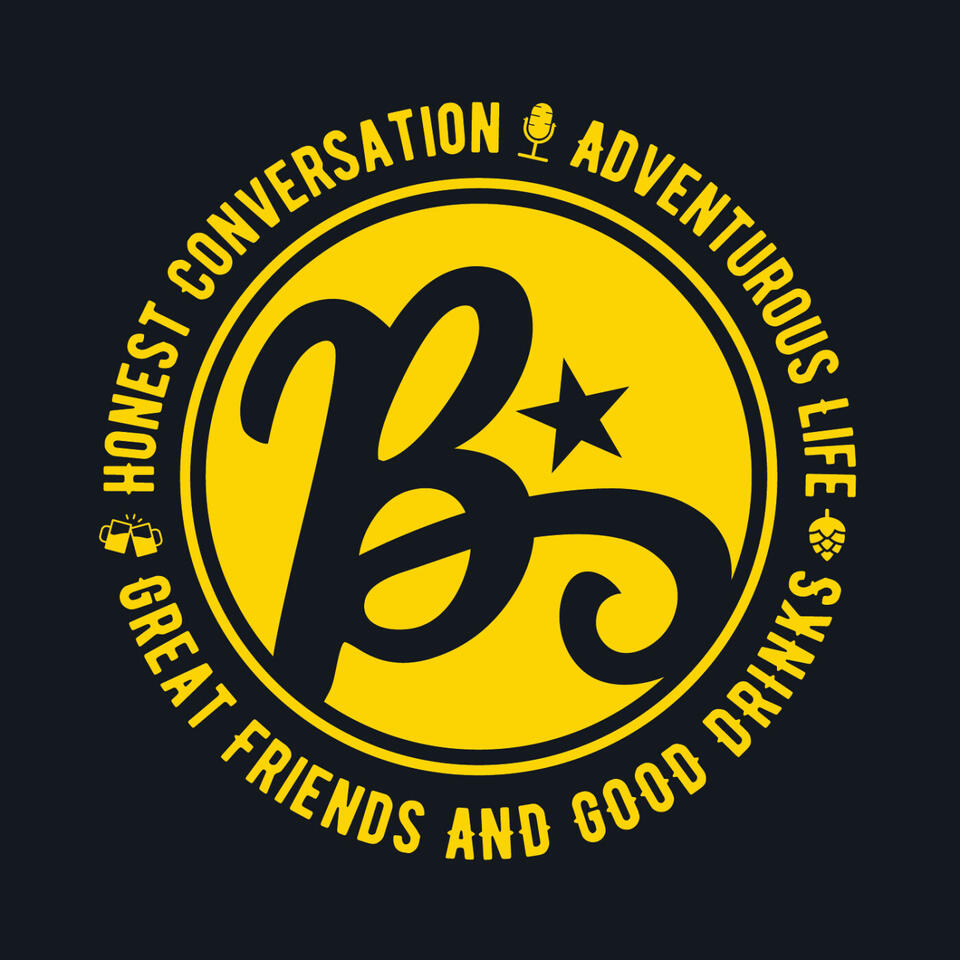 Bringing People Together for Well-Crafted Conversation Over a Drink (or two).

A Hunt That Changed Our Lives

It was a life-changing event.

Mike and Rob explain why. For Mike the bison was a bucket list hunt. For Rob, it was his first big game hunt.

He was nervous going in. How is he feeling now? What about Mike?

Lessons Learned, The Importance of Recharging, & Will America Ever Be the Same?

Mike Russell and Rob Hunter grab a Green Flash Brewing Soul Style IPA for another well-crafted conversation over a beer (or two).

This week they discuss lessons learned from talking with Malcolm Alexandr and Ryan Hale, hosts of the Unfiltered Gems podcast. It was such a great, open-minded conversation we want there to be more conversations just like it.

Additionally, the creator of Slavo Salt seasonings (Code Word BREW will save ...

Entrepreneurship + Policing & Race in America Adds Up To One Great Conversation.

This is about the power of conversation.

Today, on The Brewmance podcast we are joined by two of our favorite people, Malcolm Alexandr and Ryan Hale as they launch their new podcast, Unfiltered Gems.

They, too, encourage open, unfiltered conversation even when we disagree.

Malcolm and Ryan are young entrepreneurs, having gone out on their own, trusting themselves. We talk to them about their business ventures, policing and race...

Getting Kids Into The Outdoor Life

Mike Russell is on the board of an organization called Wildlife For Tomorrow.

Rob Hunter asks Mike all about it. Essentially, it's an organization that helps kids get involved in the outdoors.

We talk about our love of the outdoors, what types of activities kids can get involved in, and how Wildlife For Tomorrow is funded.

The Joys Of A Restful Vacation, COVID In School, & Going Back To The Movies.

Join Mike Russell and Rob Hunter as The Brewmance. The place where we come together for well-craft conversations over a drink or two.

This week Rob learned some important lessons while on vacation in Maine, Mike's daughter almost missed a big event because she was exposed to COVID, and they ponder going back to the movies.

Buying Mike's Daughter A Used Car and Tesla Robots Are Taking Over.

Also, Tesla is making robots. This is the day Skynet becomes self-aware. Are you into the future takeover? Or scared of it?

Join us on The Brewmance podcast. We bring people together for well-crafted conversation over a beer or two. Rate, review, & subscribe.

The Brewmance brings people together for well-crafted conversation over a drink or two.

This week Mike and Rob chat with you about the Olympics, Simone Biles mental health challenges, their upcoming hunting trip, vaccine passports all over a craft beer.

Plus a little behind the scenes. What do we do between segments? You'll get to hear that today.

Join in on the conversation. Rate, review, and subscribe. Cheers.

Chef Justin Beckett loves to play with food. It's his passion. He has turned his passion into two great restaurants, Beckett's Table and Southern Rail in Phoenix, AZ.

Rob first got to know Justin during a pie-eating contest at Beckett's Table a few years back. Mike asks Justin for pictures.

Best-Selling Author Brad Thor On Writing, What Keeps Him Up At Night, & Bourbon

This is a thrill.

Thriller author Brad Thor stops by The Brewmance podcast to chat with Mike and Rob about his 21st book, Black Ice.

It's the 20th book in his Scott Harvath series. Black Ice debuted at #1 on the New York Times Bestseller List.

Brad is a phenomenal guy.

Knowing he has many friends in the CIA and Special Forces we ask him what keeps up at night. His answers are interesting as Brad is worried about the divisi...

Ben Campbell is an award-winning radio show host and a world-class impressionist.

We have to say, they are on point.

Join us as Mike, Rob, and Ben sip on Huss Brewing's beers whi...

Jason Costello is the Founder and CEO of Canyon Coolers. This is a company he created because it allows him to pursue his real passion. Rafting.

The Brewmance brings people together for well-crafted conversation over a drink or two.

Jason lives to raft. And we have questions. What's the differen...

Brewing Beer That's Different From Everyone Else With Pedal Haus Brewing

The Brewmance stops into Pedal Haus Brewing in Tempe, AZ to meet with the man who started it all, Julian, and the man who brews the beer, Doc.

Sure, the conversation touches on beer, beer styles, and the atmosphere at Pedal Haus. But, Mike Russell and Rob Hunter talk to Julian and Doc about dogs, travel, and where 'natural flavors' in seltzers come from.

This is definitely a conversation you don't want to miss.

Life's Journey On The Mother Road With Michael Marquees

Michael Marquees is the Founder & CEO of Mother Road Brewing. Mother Road is one of the best and biggest breweries in Arizona.

Michael tells us about how it all started. We also ask him about lessons he's learned along the way and how he applied those lessons during the pandemic.

We also get the story of how Tower Station, Mother Road's IPA, came to be and grew to be the most popular IPA in Arizona.

Chasing Your Passion Is Better Than Being A Lawyer

You've heard people tell you before to chase your dreams. But, few people actually do that, especially if they have a good career lined up in front of them.

He actually left his career as a lawyer to pursue his passions of comedy, writing, and general creativity.

What compelled Ryan to leave the comfy law firm life and start a multi-media company ...

The Importance Of Mentorship with Brian Helton, Owner of Helton Brewing

Brian Helton, owner of Helton Brewing in Phoenix, AZ, talks about the importance of having mentors on The Brewmance podcast.

Ironically, Brian is mentoring us all while sharing those lessons. Brian is just one of those guys. He loves to share his knowledge with others, whether that's an up-and-coming brewer, beer drinkers, or other business owners.

Brian also has stepped back from brewing craft beer so he can focus completely...

The Man Who Started WWI and Ended WWII.

Author Nathan Gorenstein says Browning should be in the class of other inventors like Thomas Edison and the Wright Brothers.

Gorenstein joins The Brewmance this week to chat about his new book, The Guns Of John Moses Browning.

It's the first real in-depth look at the man who created the designs most modern guns are based on.

Are There Any Positives To Find During COVID??

Was there anything positive that came out of the pandemic? Yes, there was. Mike Russell and Rob Hunter discuss the power of 'me time' and family and time over a beer on this week's Brewmance podcast/radio show.

Did you find any positives? If so let us know here , here, or send us an email at cheers@brewmance.beer.

Like most people who work in the radio industry, Reid Spivey has had to move a lot. From North Carolina to Alabama to Georgia to Arizona.

It's an interesting way to make a living and chase a dream.

Mike Russell and Rob Hunter talk with Reid about his nomadic life working at both pop and country radio stations. Mike & Rob with in the same building, for the same company as Reid. He's the Assistant Program Director and...

How To Create A Successful Podcast with Grant Inman from My Funeral Home Stories.

Grant is a drummer. He's put out an album and he works on the syndicated JohnJay & Rich radio show.

Mike Russell and Rob Hunter wanted to talk to one of the most unique individuals you will meet, Grant Inman. On The Brewmance podcast, we bring people together for well-crafted conversation over a drink or t...