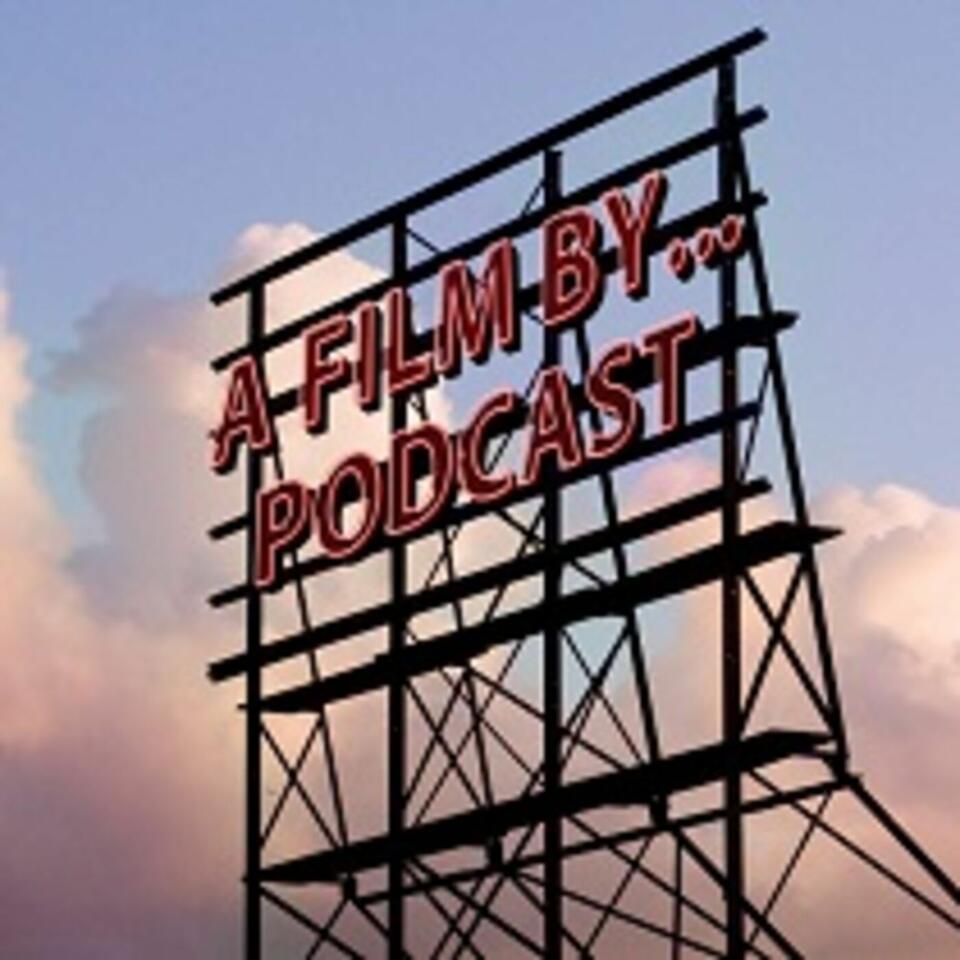 A Film By... is a podcast created and hosted by Brad Koszo and Jeff Johnson. Together, they wax intellectual about Hollywood's biggest film directors, their underrated movies, and the things we love about them.

October 26, 2021 • 44 min
Alfred Hitchcock's body of work proves he's the master of suspense! Brad and Jeff discuss his first American film, Rebecca; a gothic romantic thriller. Listen along as they talk about comparison's to a recent episode topic Crimson Peak, their favorite Hitchcock films, the Netflix remake, and more!
Share
Mark as Played

October 19, 2021 • 31 min
Troubled writer Roger Cobb moves into his deceased aunt's haunted home for some much needed solitude. What he gets are terrifying visions, nosy intrusive neighbors, and a few demons to battle! Welcome to our discussion about House! Dave and Docking Bay 77's own Dayton Johnson stop by to talk about the film's connection to Friday the 13th, monster ex-wives, and what motivates a haunted house to attack!
Share
Mark as Played

October 15, 2021 • 48 min
Be afraid. Be very afraid! Jeff Goldblum's horrifying Brundlefly is on the loose this episode! Jeff, Brad and Scott talk about the FX, insect politics, and the late Vincent Price's reaction to this remake. Will they crown it the best horror movie of 1986? Listen now to find out!
Share
Mark as Played

October 12, 2021 • 43 min
Canadian filmmaker David Cronenberg's successful career has spanned more than half a century. Regarded as the originator of the body horror genre, his work is known to be strange, cerebral, and limit-pushing for it's visuals and effects. Join us, as we enter... Videodrome!
Share
Mark as Played

October 5, 2021 • 58 min
Ouija Boards... harmless fun, or a gateway to the Devil? Dave and Scott are back to argue the point with Jeff, and discuss the good and the bad of Witchboard! Join us for a "spirited" conversation about possession, psychic mediums, progressive entrapment, and the lovely Tawny Kitaen!
Share
Mark as Played

September 28, 2021 • 43 min
Guillermo del Toro has a reputation for the fantastical. He's danced with the darker heroes of comics with Blade and Hellboy. He's softened our hearts with oddities in Pan's Labyrinth and his Oscar-winning The Shape of Water. In 2015, del Toro offered Crimson Peak; a haunted house thriller that weaves a gothic ghost story into a macabre romance.
Share
Mark as Played

September 21, 2021 • 35 min
They're baaaaaack! Jeff, Brad, and Dave discuss Poltergeist II: The Other Side. Their house may have vanished into oblivion, but the evil spirits are still relentlessly pursuing Carol Anne and her family. Not sure you want to listen? Just remember Kane's haunting demand, "Let...me in..."
Share
Mark as Played

September 7, 2021 • 49 min
Number Five is alive! Join Jeff, Andrew and Scott for an interesting conversation on the merits of Short Circuit. The guys go old school on their Nintendo faceoff picks. Fisher Stephens' cringeworthy performance, Guttenberg's lack of cool, and Alley Sheedy's intelligence are debated, while the question of "Who's Johnny?" is thoroughly ignored!
Share
Mark as Played

August 31, 2021 • 39 min
Comedy legends Billy Crystal and Danny DeVito team up for an unlikely murder plot in the dark comedy Throw Momma From The Train! Jeff is joined by regular 1986 contributor David Burns to discuss DeVito's feature directorial effort with the memorable Anne Ramsey in her final role.
Share
Mark as Played

August 17, 2021 • 39 min
No place to run. No reason to hide. Kevin Costner delivers another powerhouse performance both on the screen and behind the camera with his third directorial effort, Open Range. Brad and Jeff discuss the stellar cast, the gorgeous cinematography, and the satisfaction of a simply told story.
Share
Mark as Played

August 13, 2021 • 57 min
Happy Friday the 13th! Jeff and Dave are celebrating the birthday of Jason Voorhees with a special Friday release episode to talk about Friday the 13th Part VI: Jason Lives!
Share
Mark as Played

August 10, 2021 • 61 min
Right in time to celebrate it's 35th anniversary, we're talking about the 1986 animated classic, Transformers: The Movie! The shock of our favorite characters dying, the epic soundtrack, and the impressive cast are just a few things discussed. David gets nostalgic, Jeff talks Arcee's awesomeness, and Scott picks a fight with...Judd Nelson?
Share
Mark as Played

July 27, 2021 • 46 min
In 1986, it was Michael Mann that first introduced us to the demented Dr. Hannibal Lecter amid the slick synth sounds of the 80's in the thriller, Manhunter. Dayton Johnson fills in as host to talk with Brad Koszo about the mostly unknown, but stellar cast, the signature look of a Michael Mann film, and the comparisons between Mann and director Brett Ratner's adaptions of the Thomas Harris novel Red Dragon.
Share
Mark as Played

July 20, 2021 • 53 min
After The Sixth Sense shocked a generation of movie goers, we've come to expect thrills, chills, and mind-bending twists from M. Night Shyamalan. With his 2015 "found footage" style comedic thriller, The Visit, he delivers exactly what we want!
Share
Mark as Played

July 6, 2021 • 47 min
Jeremiah Johnson, Tootsie, 3 Days of the Condor, The Firm. Filmmaker Sydney Pollack was truly one of the greats! In 1974, he stepped outside his comfort zone to direct The Yakuza; a neo-noir drama that showcased Robert Mitchum is his last leading role.
Share
Mark as Played

June 29, 2021 • 61 min
It's another super-sized episode! Jeff welcomes immortal co-hosts Brad, Dayton, Scott, and Andrew back to 1986 for Highlander. Get ready for a great discussion on sword fights, Queen's epic soundtrack, theories on the Immortals, and why haggis is never a good choice!
Share
Mark as Played You might think you know what it takes to lead a happier life… more money, a better job, or Instagram-worthy vacations. You’re dead wrong. Yale professor Dr. Laurie Santos has studied the science of happiness and found that many of us do the exact opposite of what will truly make our lives better. Based on the psychology course she teaches at Yale -- the most popular class in the university’s 300-year history -- Laurie will take you through the latest scientific research and share some surprising and inspiring stories that will change the way you think about happiness. iHeartMedia is the exclusive podcast partner of Pushkin Industries.