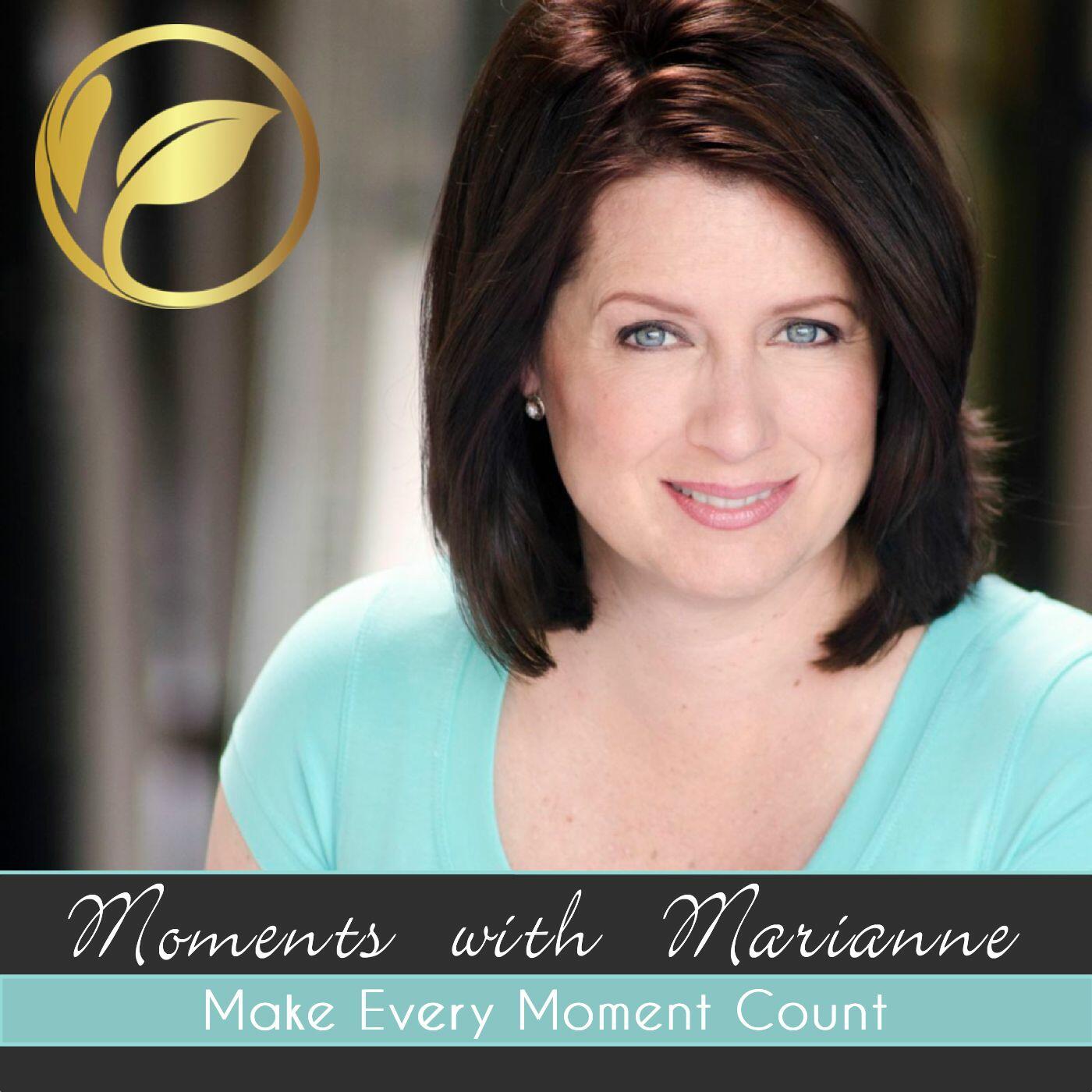 In a single moment your life can change! “Moments with Marianne” is a transformative hour that covers an endless array of topics with the ‘best of the best.’ Her guest are leaders in their fields, ranging from inspirational, mindful, spirituality & consciousness authors, top industry leaders, business and spiritual entrepreneurs. Each guest is gifted, and a true visionary! A recognized leader in her own work, and while teaching others to develop, refocus, and grow; Marianne will bring the best guest, and sometimes a special surprise. Don’t miss this – you never know just which ‘moment’ will change your life forever For more show & book club information visit: https://www.mariannepestana.com... Show More

Loving Out Loud with Robyn Spizman & Holistic Wealth with Keisha Blair
December 16, 2019 • 71 min
Robyn Spizman is the author of Loving Out Loud. She is an award-winning, New York Times bestselling author and popular keynote speaker who has appeared in the media for over three decades, including NBC’s Today show more than thirty times. http://www.robynspizman.com

Keisha Blair is a trained economist, with extensive experience in the public, private, and not-for-profit sectors. She was part of the Prime Minister's delegation to the World Economic Forum in 2018 as well as the East-Asia (ASEAN) Summit in Singapore. She is a graduate of the Executive Leadership Program at Harvard University’s John F. Kennedy School of Government and has an MSc in public policy from Carleton University in Ottawa. She has been profiled in The New York Times and is a contributor to the New York Observer and Thrive Global. After losing her husband suddenly to illness, Keisha was left to care for two young toddlers and embarked on a journey of self-discovery that allowed her to focus on the most important lessons for achieving happiness – lessons that she includes in her new book. http://www.keishablair.com
Share
Mark as Played