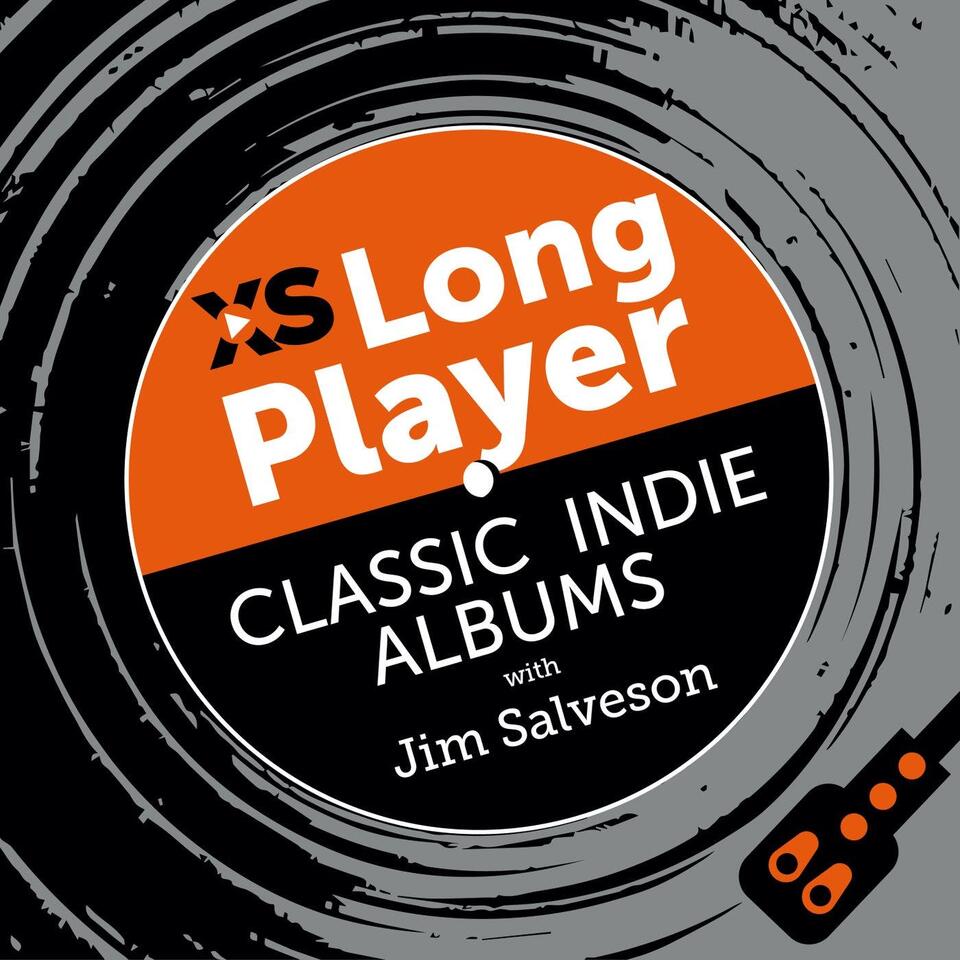 Jim Salveson rediscovers some of Indie Rock's most iconic albums with the people who helped make them the classic's they are. From Punk to Brit Pop from Rock to Madchester you'll hear the stories behind some of the greatest LPs to ever grace your record collection and be inspired to go back and listen to them again, right through to the hole in the middle.The interviews in this podcast were recorded for the XS Long Player series on XS Manchester. Where classic albums we're played in full. You can listen live via www.xsmanchetser.co.uk

Oasis 3rd album was released on 21st August 1997, just 36 months after their debut album announced the brothers Gallagher to the world.

On this podcast Jim Salveson peers back through the mists of time and talks to some of the people who were in the room whilst the album was being recorded;

We head back to 1996 and the heart of the Brit Pop era on this episode of the XS Long Player to discuss classic Kula Shaker album 'K'... an LP that became the fastest selling debut album since Oasis!

For this show Jim is joined by Crispian and Alonza from the band who discuss winning (jointly with Placebo) the legendary In The City award, working with Stone Roses producer John Leckie and the whirlwind of events that followed...

Amazingly, Doves second album, The Last Broadcast is 20 years old in 2022 and to mark the occasion Andy Williams from the iconic Manchester band sat down with Jim Salveson to talk through the making of their biggest album.

The album charted at No1 in the album charts and also spawned the bands highest charting single to date, There Goes The Fear (it was only beaten to the No1 spot on NSYNC and Oasis). In this podcast Andy chats abou...

We're going back 25 years for this XS Long Player to celebrate the anniversary of a MASSIVE album from 1996... "Ugly Beautiful" from Babybird.

For this episode, Jim Salveson talks to frontman Stephen Jones about his memories of making the album, going from signing on to superstardom in a few months because of the phenomenal success of the album and his relationship with what he calls "Marmite song" 'You'r...

Travis 'The Invisible Band' with Fran Healy and Dougie Payne

December 20, 2021 • 27 min
One of the biggest albums of the 2000's features on this episode of the XS Long Player as Jim Salveson talks Travis' 'The Invisible Band' with Fran Healy and Dougie Payne.
On the 20th anniversary of this classic album, the boys discuss their memories of making the album, working with Radiohead producer Nigel Godrich and also what it was like re-visiting some of those tracks for the anniversary re-release.

Get Cape, Wear Cape, Fly "The Chronicles of a Bohemian Teenager" with Sam Duckworth

Todays classic album conversation is with Sam Duckworth aka Get Cape, Wear Cape, Fly about the making of his debut album 'The Chronicles of a Bohemian Teenage'. On this show Jim Salveson talks to Sam about the DIY making of the LP, the political messaging of the album and how it felt to be doing something very different to the majority of the music scene ba...
Share
Mark as Played

December 6, 2021 • 20 min
Albums don't come much more classic than Oasis' 1994 debut album 'Definitely Maybe' and that's the record being discussed on this episode of the XS Long Player.

To talk about the creation of this classic album and early days of the band, Jim spoke to the boss of Creation Records Alan McGee... the man who spotted Oasis in the early 90s playing King Tuts in Glasgow and offered them a record deal.

The Subways 'Young For Eternity' with Billy Lunn

November 29, 2021 • 46 min
In this Classic album chat Jim Salveson sits down with the always lovely Billy Lunn of 00's Punk/Rock/Pop band The Subways and talks through the making of their debut album 'Young For Eternity'.

Billy shares his memories of the early days of the band with Charlotte and Josh, why the band chose a DIY approach to their recordings, winning the Glastonbury unsigned competition and, of course, what it was like for the band to...
Share
Mark as Played

This chat with Clint not only talks about some of Clint's favourite songs on the bands debut album but also discusses the early days of the band, the birth of the MADchester scene and how a random drunk bloke takes lead vocals on one of the tracks!

Take a dive into the album once you've ...
Share
Mark as Played

November 15, 2021 • 23 min
Todays podcast is drilling down into "Love It When I Feel Like This" from The Twang, the band once dubbed Britains Next Best Band by the NME.

For this classic album conversation Jim sits down with Twang front man Phil Etheridge to chat about not only the making of this LP but also the hurricane of press coverage that surrounded the band at the time.

If you need a reminder of how great this album is then get stuck into it befo...
Share
Mark as Played

November 8, 2021 • 30 min
If it is feel-good vibes you want then this XS Long Player album is full of them as Jim Salveson digs deep into the 1994 album "Jollification" from Lightning Seeds.

Ian Broudie is in conversation with Jim about the making of this classic album, his process in putting it together, the musical greats he worked with along the way and why, until only recently, had he even attempted to play some of the tracks from it live.

November 1, 2021 • 31 min
What an album we have on this episode of the XS Long Player... Starsailor's 00s debut 'Love Is Here. Frontman James Walsh talks Jim Salveson through the early days of the band (back to when it was called Waterface) and the recording of this classic album.

If you need a reminder of exactly how good this album is then you can check out the Spotify link below and if you want to check out the new stuff from James (and you really...
Share
Mark as Played

Babyshambles "Down In Albion" with Adam Ficek

October 25, 2021 • 18 min
Babyshambles iconic debut album 'Down In Albion' is the subject of this episode of the XS Long Player as Jim Salveson sits down with drummer Adam Ficek to talk about the album born from the ashes of The Libertines after Pete Doherty's exit... but an album that made a point of being VERY different to what came before.

This is an LP that is worth revisiting before clicking play on this episode to remind yourself of its cre...
Share
Mark as Played

October 17, 2021 • 26 min
Today we discuss one of the most underrated albums of the 90s as Rick Twitter sits down with Jim Salveson to talk about Shed 7 'A Maximum High'.

Rick takes us back to the early days of the band, reveals the hidden meaning of some of the bands most loved songs and shares the unusual story of how and where the songs shaped!

The album has had a special edition re-release to mark its 25th birthday (the interview was recorded arou...
Share
Mark as Played

October 11, 2021 • 17 min
Having just celebrated its 10th anniversary, today's XS Long Player is all about The Vaccines debut album "What Did You Expect From The Vaccines".

Jim say down with frontman Justin Young to chat about their classic album and dig deep into its creation, inception and the story of the bands beginnings!

Listen back the album (100% you will have forgotten how good it is) via Spotify: https://open.spotify.com/album/2T0iwqVWzr4...
Share
Mark as Played

September 6, 2021 • 24 min
Welsh legends the Super Furry Animals join Jim Salveson on this episode of the XS Long Player to talk about their classic album "Rings Around the World".

Cian and Guto share their stories and memories of the band's 5th albums creation as they discuss the album innovative approach, leave Creation Records for a "big label" and how they got Paul McCartney to chew vegetables on one of the songs!

You can listen to the ...
Share
Mark as Played

August 30, 2021 • 28 min
It's a Manchester album for this episode of the XS Long Player that many, especially in Manchester, thought deserved to do much better from a band that could have been the next big thing from inside the M60.

This Podcast is all about Twisted Wheel the debut album from the band of the same name. Jim Salveson talks to bassist Rick Lee's about the band meteoric rise, working with Oasis' producers, bidding wars between label...
Share
Mark as Played

For this classic album, we rewind to 1996 and the era of Britpop to talk to frontman Nigel Clark (who doesn't really class Dodgy as part of that movement). Nigel talks about the early days of the band, about run-ins with Manic Street Preachers and how the bands biggest hit, "Good Enough" was a bit of ...
Share
Mark as Played

The Wombats "A Guide to Love, Loss and Desperation" with Dan Haggis

August 16, 2021 • 28 min
Banger after banger on the classic album in focus on this Long Player episode as Jim Salveson discusses The Wombats proudly presents "A Guide to Love, Loss and Desperation".

Dan Haggis from the band talks us through the 2007 album from the Liverpool band that reached No11 in the UK Album charts.

Listen back to the full album on Spotify: https://open.spotify.com/album/75l5Bqvc0BH45UhJrS04Xj?si=GYzR3_2YQey3p9rpefMC3Q&dl...
Share
Mark as Played

The Strokes 'Is This It' with Gordon Raphael

August 9, 2021 • 13 min
A MASSIVE album is getting the XS Long Player treatment on this podcast as Jim Salveson chats about the musical bombshell that was The Strokes debut "Is This It" with its producer Gordon Raphael.

It is not over stating it in anyway to say that this album changed the face of indie/rock and injected new life into guitar music when it was released in 2001. Jim talks to Gordon about the Strokes unique recording style, not being ...
Share
Mark as Played