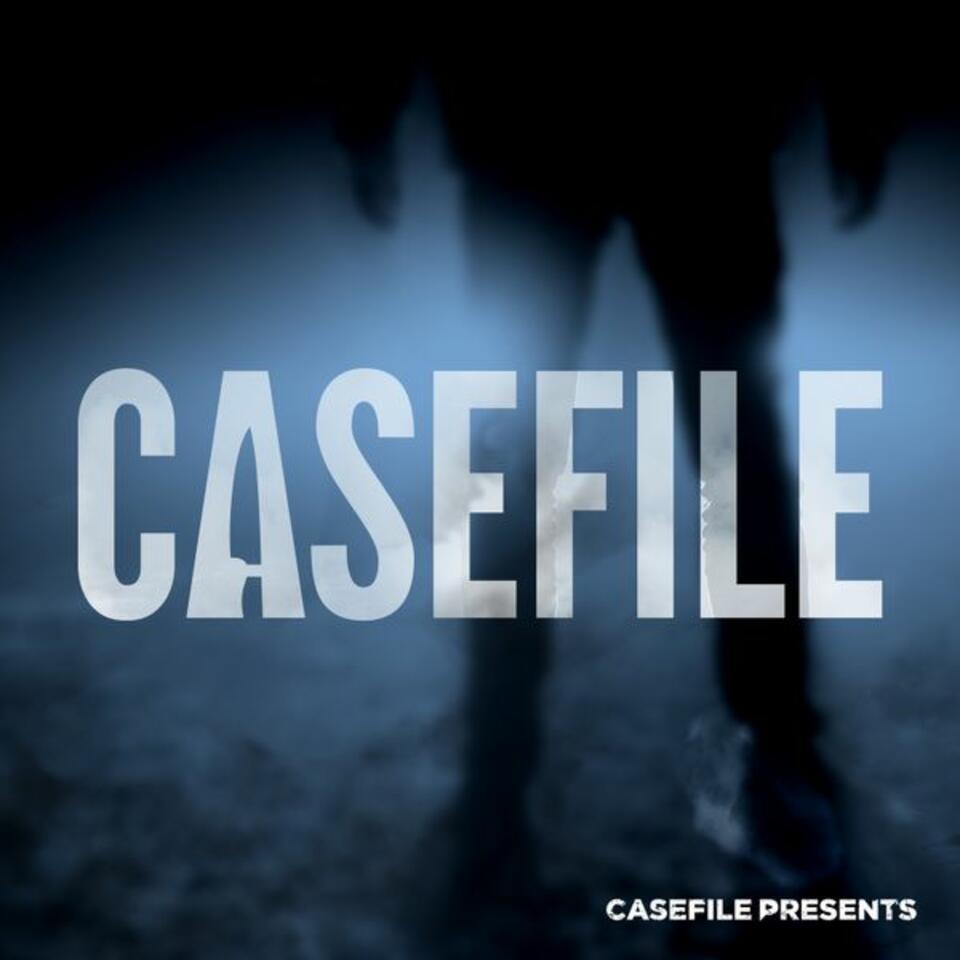 Fact is scarier than fiction. Subscribe to Casefile Premium to receive ad-free episodes released one week early, along with access to bonus Q&A’s, our exclusive show ‘Behind the Files’, and more.

October 1, 2022 • 72 min
Semper Fidelis – which means ‘Always Faithful’ is the motto of the United States Marine Corps and a nod to the tight-knit culture the corps is known for. At the Parris Island recruit depot in South Carolina, new recruits undergo a gruelling 13-week training program that determines whether they will become Marines.

September 17, 2022 • 70 min
*** Warning: This case involves a child victim ***
When Czech Republic man Eduard Trdý inadvertently intercepted the video feed of his neighbour’s security camera in May 2007, he was so alarmed by the footage that he contacted the police...

September 10, 2022 • 51 min
In 1996, Karina Holmer left her small Swedish village of Skillingaryd to travel to Boston, Massachusetts. The 19-year-old had plans to work as an au pair with an American family who lived in an affluent neighbourhood called Dover. Karina settled in well with her host family: married couple Frank Rapp and Susan Nichter and their two young children. But just three months after arriving in Dover, Karina suddenly disappeared after a ni...
Mark as Played

September 3, 2022 • 77 min
In May 1975, 45-year-old Frank Hilley began experiencing severe nausea, vomiting and stomach cramps in his home in Anniston, Alabama. He died just over a week later. Soon after, his wife Marie Hilley began to receive threatening phone calls, messages and damage to her property. When her teenage Carol Hilley began to show the same symptoms as her late father, Marie flew into a panic trying to get to the bottom of what was happening.
...
Mark as Played

August 27, 2022 • 96 min
When the bodies of British tourists 23-year-old Hannah Witheridge and 24-year-old David Miller were found brutally murdered on the remote Thai island of Koh Tao, the police immediately concluded that the killer had to be a foreigner, as a Thai person couldn’t be capable of such brutality.

August 20, 2022 • 60 min
Dr John Schneeberger’s charming and gentle manner made him a popular and trusted figure in the tiny Canadian town of Kipling. So when a young woman named Candice accused him of raping her in 1992, most townsfolk were left shocked and found the allegation impossible to believe.

July 16, 2022 • 83 min
[Part 2 of 2] In Berlin, Germany at the height of World War Two, a man took advantage of the Blackout orders at night to frighten and assault women in an isolated garden colony. Soon, he progressed to attacking and killing women on the S-Bahn train by throwing them from the carriage door while the train was in motion.
---

July 9, 2022 • 67 min
[Part 1 of 2] At the height of World War Two in London, a serial killer roamed the streets. In just one week in February 1942, he killed four women and attempted to kill others, taking them by surprise at night during the enforced blackout periods.
---

July 2, 2022 • 75 min
In March 1998, members of the Cat Protection Society in Brisbane, Australia were shocked at the murder of one of their own, a 52-year-old Veterinarian named Dr Kathleen Marshall. An outspoken crusader for animal rights, Kathleen seemed an unlikely target for such a brutal assault...

June 25, 2022 • 33 min
Eliahu Itzkovitz spent much of his childhood confined behind the walls of Romania’s Chișinău Ghetto – a place where he and other Romanian Jews were held prisoner by their government...

June 11, 2022 • 72 min
*** Warning: This case involves a child victim ***
On May 26 1978, four-year-old Eric Christgen suddenly disappeared while playing in a park in St Joseph, Missouri. The next day, his body was discovered near the Missouri River, sparking a manhunt like the small town had never seen before.

June 4, 2022 • 78 min
*** Warning: This case involves a child victim ***
When the body of four-year-old Kevin Hjalmarsson was found floating on a wooden pallet in Sweden’s Kyrkviken bay, police determined that it wasn’t a tragic drowning, but a cold-blooded murder.

May 28, 2022 • 61 min
It was around 2:30 am on Sunday, December 18 1994, when a group of friends stumbled across the bloody and brutalised body of a young woman, lying in the middle of a road in Gqeberha, South Africa. She was the latest victim of Frans Du Toit and Theuns Kruger; two men who the press would come to dub The Noordhoek ‘Ripper Rapists’.

May 21, 2022 • 35 min
On December 21 1924, itinerant beggar, Vincenz Olivier, knocked on the door of an apartment building on the outskirts of Münsterberg in Weimar, Germany. Father Denke, the elderly man who answered the door, gladly offered Vincenz 20 pfennigs to help him write a letter to his brother. Vincenz accepted and was welcomed into Father Denke’s home...

May 14, 2022 • 75 min
When Omaha mechanic Dave Kroupa met Cari Farver in late 2012, he thought he’d found the perfect woman. Unfortunately, their relationship soon turned sour and when Dave ended things, Cari began to obsessively stalk him, turning his life into a living nightmare...

April 30, 2022 • 84 min
When Swedish backpackers Urban Höglin and Heidi Paakkonen go missing during a camping trip around New Zealand’s Coromandel Peninsula, concerns are quickly raised that the newly engaged couple could have fallen victim to foul play. Worries increase once it’s discovered that convicted killer, David Tamihere, was on the loose in the area at the time, having jumped bail on a rape charge.

April 23, 2022 • 34 min
In 2018, American missionary John Chau sailed out to North Sentinel, a forested island off the coast of India. He intended to spread the word of God to the Sentinelese, a small population of indigenous people considered the most remote tribe in the world. Yet, the Sentinelese have made it very clear to outsiders that they desire isolation above all else.

April 16, 2022 • 72 min
In early January 1977, residents of Easey Street in Melbourne’s inner-city suburb of Collingwood noticed they hadn’t seen the tenants at number 147 for several days...