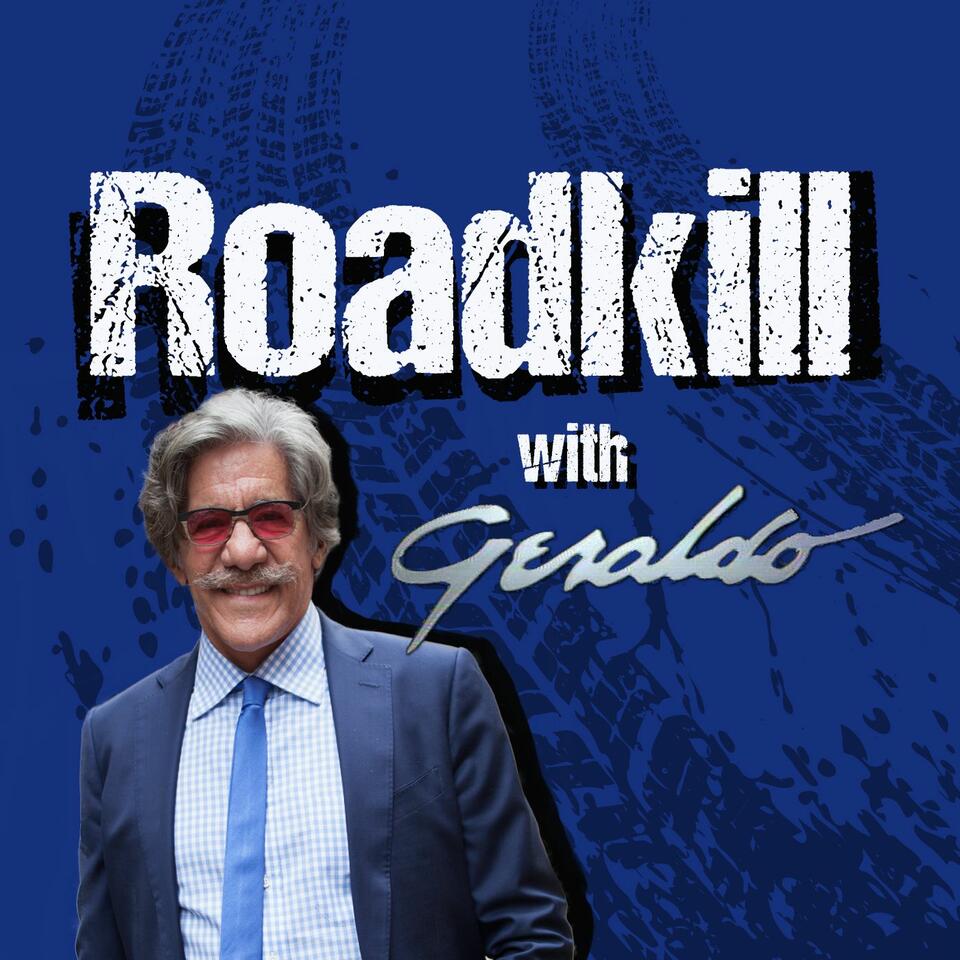 Former Fox News Chairman and CEO Roger Ailes once told Geraldo Rivera that the only thing in the middle of the road is road kill. Geraldo contends that there is more than road kill in the middle and the county needs a balance between the far left and far right, thus the “Roadkill with Geraldo Rivera” podcast was born. Rivera began his 48-year career as a television reporter at WABC-TV in New York and was a member of the original cast of ABC's Good Morning America. He had an eight-year association with ABC's 20/20 as an investigative reporter and produced and hosted The Geraldo Rivera Show for 11 years. Prior to joining Fox News, Rivera served as host of CNBC's number-one rated prime time show, Rivera Live, where his critically-acclaimed coverage of the O.J. Simpson civil trial verdict set an all-time CNBC rating record. Rivera is a veteran foreign correspondent who has been on the frontlines of many international conflicts since 1973. Geraldo is also a three-time winner of the Robert F. Kennedy Journalism Award, the Scripps Howard Foundation National Journalism Award and has received more than 170 awards for journalism, including the prestigious George Foster Peabody Award, three national and seven local Emmys, and two Alfred I. duPont - Columbia University Awards. He is a graduate of the University of Arizona and Brooklyn Law School and is the author of eight books, including The Geraldo Show – A Memoir.

April 1, 2022 • 42 min
For one last time, Geraldo talks the news of the day including metro crime with Detective Steve Loomis, the state of Cleveland with Dennis Kucinich, and the war in Ukraine with Fox News' Trey Yingst.
Mark as Played

March 29, 2022 • 40 min
The world is still trying to process what happened at last weekend's Oscars. After Geraldo weighs in and takes your calls, he makes a major announcement about the future of Roadkill.
Mark as Played

March 28, 2022 • 40 min
CODA won Best Picture at last night's Oscars, but Will Smith and Chris Rock stole the show with the slap heard 'round the world. Back from vacation, Geraldo and Erica weigh in on one of the most controversial moments aired on live TV in recent memory.
Mark as Played

March 17, 2022 • 38 min
While taking in the sights and sounds of St. Patrick's Day in New York, Geraldo can't help but focus on the tragedy going on in Ukraine and prays that Russian Dictator Vladimir Putin will somehow come to his senses.
Mark as Played

March 15, 2022 • 35 min
On Day 20 of Putin's Invasion Of Ukraine, Kyiv is still under constant shelling and the refugee crisis grows, despite mounting sanctions. Geraldo talks to ABC's Tom Rivers at the foreign desk in London and Vic Gideon about how Parma is bracing for refugees.
Mark as Played

March 14, 2022 • 39 min
In New York, Geraldo talks to Steve Loomis about the rising crime rate in Cleveland and across the country. Later, he talks with Ines de La Cuetara from ABC News in Poland about the continuing humanitarian crisis in Ukraine.
Mark as Played

March 11, 2022 • 32 min
On Day 15 of Putin's invasion of Ukraine, refugees are still pouring out of the embattled nation. Geraldo talks with Joe Cimperman from Global Cleveland about Cleveland's role in this humanitarian crisis. Later, Fox News' Griff Jenkins joins the program.
Mark as Played

March 10, 2022 • 33 min
On Day 14 of Putin's invasion of Ukraine, soldiers and civilians are digging the corpses of pregnant women and babies out of the rubble. Geraldo weighs in on these war crimes and also talks to Parma Mayor Tim DeGeeter about the Ukrainian population in his city.
Mark as Played

March 7, 2022 • 40 min
On day 12 of their invasion of Ukraine, Russia shows no signs of stopping. In fact, they are doubling down on their demands- which is why Geraldo and many others are now demanding that we stop importing their blood oil.
Mark as Played

March 3, 2022 • 38 min
A week into the conflict in Ukraine, the Russian army seems broken and Ukrainians are holding their own. Geraldo talks to Major John Spencer from Urban Warfare Studies at the Madison Policy Forum about what the Ukrainian people can do to keep up the fight. Also, Congresswoman Shontel Brown joins the program.
Mark as Played

March 1, 2022 • 32 min
Ukraine is holding strong, but they can't fight forever. Geraldo looks at what the US can do to help this democracy in peril. Later, Geraldo talks to a few callers that wonder why The United States doesn't have boots on the ground already.
Mark as Played

February 28, 2022 • 41 min
After four days of constant fighting, Ukraine is holding strong. Gerardo searches for words that can describe the atrocities happening in Kyiv and across the country. Fox News' Trey Yingst joins the program live from Kyiv.
Mark as Played

February 24, 2022 • 36 min
Somehow the invasion of Ukraine seems shocking and inevitable simultaneously. Geraldo reacts to the largest land conflict that Europe has seen since World War 2. Fox Business' Charles Payne joins the program to talk about the economic implications.
Mark as Played

February 22, 2022 • 38 min
It looks like it's become a matter of time until Russia's invasion of Ukraine begins. Geraldo weighs in and also looks at an NBA All-Star Weekend in Cleveland that saw three murders.
Mark as Played

February 17, 2022 • 38 min
After getting heat from his colleagues at Fox, Geraldo stands firm on his beliefs that the people involved in the Freedom Convoy were thugs- not patriots. President Biden comes to Cleveland to talk about trains, planes, and automobiles.
Mark as Played

February 15, 2022 • 36 min
World War Three might be evaded in eastern Europe, however, things may not be as calm domestically. Geraldo talks with Fox News Contributor and Author Gregg Jarrett about the bombshells dropped in the Durham Report.
Mark as Played

February 14, 2022 • 38 min
For the first time, Hip Hop was center stage at the Super Bowl Halftime Show. All signs point to Putin invading Ukraine sooner than later. Mitch McConnel breaks ranks with President Trump and the RNC over January 6th. Geraldo weighs in on a busy weekend and takes your calls.
Mark as Played

February 11, 2022 • 33 min
Could we be in the home stretch of the Covid19 Pandemic? Does Joe Biden need to take a cognitive test? Are the truckers clogging up the border in Ottawa thugs or patriots? Geraldo weighs in and takes your calls.
Mark as Played

February 8, 2022 • 37 min
Truck drivers are clogging up the US/Canada border in Ottawa because of vaccine mandates. Geraldo asks what the real reason is behind these protests and talks about the right compared to the far right.
Mark as Played

February 7, 2022 • 30 min
Joe Rogan will remain on Spotify despite his recent controversies. Geraldo weighs in on Rogan and when it's appropriate to use the N-Word.
Spoiler Alert: It's never Ok.
Also, Dr. Robert Fafalak joins the program to talk about the continuing mask mandates throughout the country.
Mark as Played