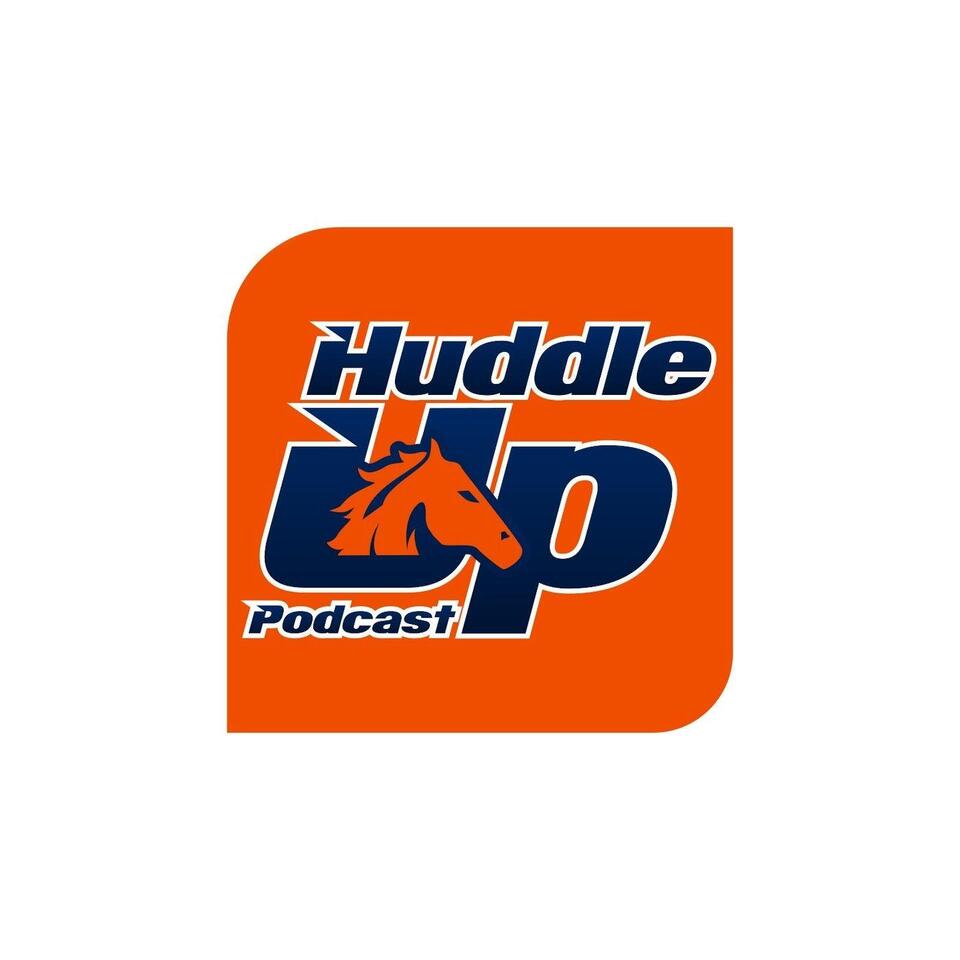 The Huddle Up Podcast, hosted by Mile High Huddle's Chad Jensen and Zack Kelberman, breaks down everything Denver Broncos on a weekly basis. Twice per week, Nick Kendell and Carl Dumler break down X's and O's and the Broncos roster via the Building The Broncos show.

DVDD #125: Can Broncos be Trusted to Exploit Chargers' Vulnerability?

Erick Trickel and Lance Sanderson game-plan for #LACvsDEN and break down the one vulnerability the #Broncos offense must exploit in order to beat the #Chargers.

Chad Jensen and Zack Kelberman peel away from eating turkey to sift through the #Broncos news and notes on Thanksgiving Day, including the latest on the #BradleyChubb situation with the #Chargers just three days away.

Learn more about you...

BFB #074: How can Broncos Beat Chargers?

Nick Kendell and Scott Kennedy discuss the #Broncos' upcoming matchup vs. the #Chargers. Can the Denver defense slow down Justin Herbert? How can the Broncos' move the ball and score points on offense? All that and more on today's Thanksgiving episode.

Chad Jensen and Zack Kelberman analyze the #Broncos' post-bye playoff odds and why Vegas doesn't like them. Can it be overcome? Plus, the Facebook jersey raffle & the #Chargers.

Nick Kendell and Carl Dumler predict which #Broncos players are next on #GeorgePaton's list to get re-signed and analyze the plausibility of a #PhillipLindsay reunion.

HU #798: Gut Reaction: Courtland Sutton Gets Paid | Was it Team-Friendly?

Chad Jensen and Zack Kelberman react to the #CourtlandSutton extension and analyze whether it was a good deal for the #Broncos. The fellas also react to the news from #VicFangio's Monday presser.

Zack Kelberman and Scott Kennedy answer your burning #Broncos questions with the team about to emerge from its bye.

Nick Kendell and Carl Dumler break down the #TimPatrick extension and what it means for #CourtlandSutton's future with the #Broncos.

Erick Trickel and Lance Sanderson react to the #TimPatrick extension and analyze the implications. The fellas also break down what the #Broncos need at head coach and the candidates to succeed #VicFangio that can check those boxes.

BFB #073: Fixing the Broncos for the Home Stretch

Nick Kendell and Scott Kennedy discuss what they would do to 'fix' the #Broncos. Standing at 5-5 on the season, the Broncos still are right in the thick of things in the #AFCWest. In a week-to-week league this year coming off of the bye, don't stick a fork in the Broncos at just half a game back in the division just yet.

Chad Jensen and Zack Kelberman examine the ways the #Broncos can right the ship, knowing that #VicFangio is rolling with the status quo at QB, RB, and special teams.

Nick Kendell and Carl Dumler react to #VicFangio's declaration that the #Broncos will stick to the status quo when it comes to #TeddyBridgewater, Tom McMahon, and Melvin Gordon. What does it portend for post-bye?

Nick Kendell and Scott Kennedy discuss Monday's news from the #Broncos HQ that saw #TeddyBridgewater face the media after his on-the-field gaffe in not attempting a tackle. Can the Broncos get it right from here? Or is this a sign of things to come? Either way, this will be a long week for Denver.

Chad Jensen and Zack Kelberman sift through the aftermath of the #Broncos' embarrassing loss to Philly and the damage control #VicFangio went into after Dre'Mont Jones called out coaches. Plus, #TeddyBridgewater falls on the sword

BFB #071: How'd Broncos Get Beat in Every Phase by Eagles?

Nick Kendell and Scott Kennedy break down what went wrong for the #Broncos on Sunday. From a terrible defensive effort, an offense not explosive enough to play keep up, another special teams mistake, and bad coaching, the #Eagles out-classed the Broncos on Sunday. #PHIvsDEN

Slam it here for more Bron...

Chad Jensen and Zack Kelberman react to the #Broncos ugly, sloppy loss to the #Eagles. Is Denver the team we thought it was before that impressive win in Dallas?

MHI #075: Contenders or Pretenders? Why Week 10 is Crucial to the Answer

Luke Patterson and Nick Kendell preview the #Broncos' Week 10 matchup with the #Eagles to answer whether this team is a contender or pretender. #PHIvsDEN

Erick Trickel and Carl Dumler preview #PHIvsDEN by first predicting how the loss of #PatShurmur this week (Reserve/CV list) will affect the #Broncos offense. Who's calling the plays?

Chad Jensen and Zack Kelberman preview the #Broncos' Week 10 bout with the #Eagles and why Philly is a bigger threat than some fans realize. #PHIvsDEN