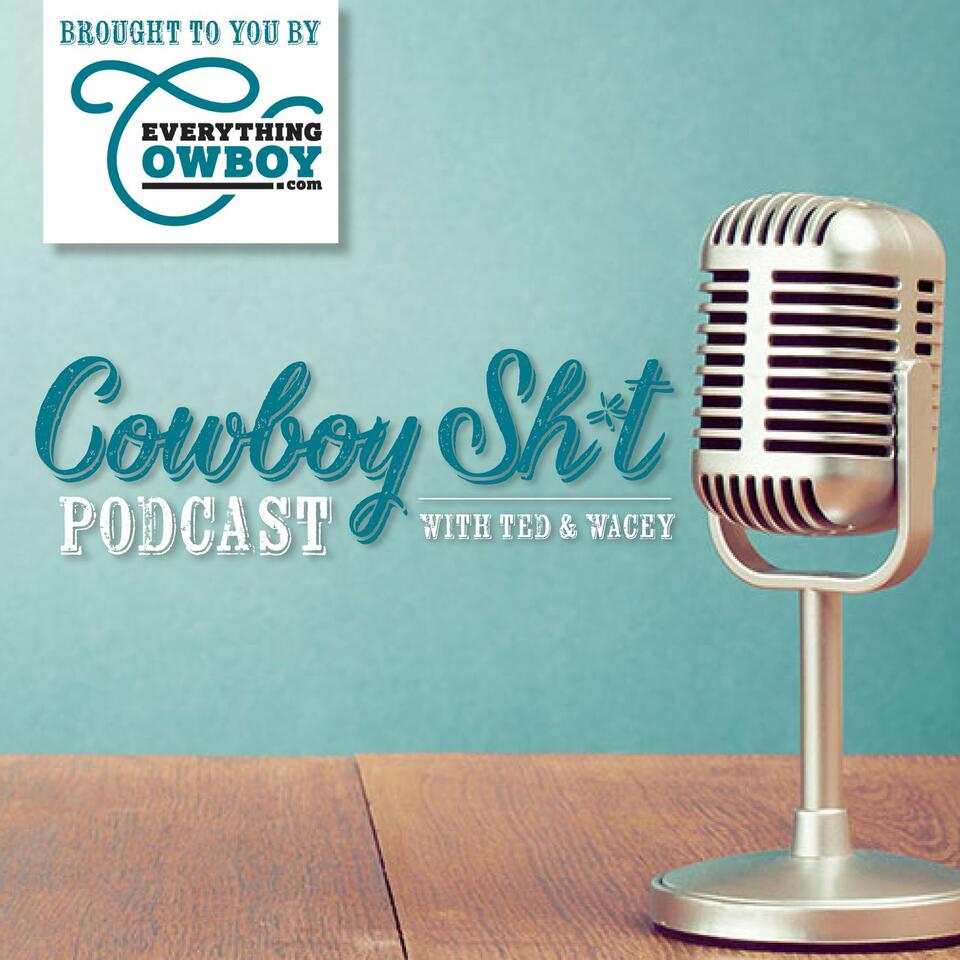 Cowboy Sh*t brought to you by Everything Cowboy is hosted by Ted Stovin and Wacey Anderson, taking you inside Western Sports in Canada like never before. Rated 14+ From steer rider to bulldoggers, may offend some team ropers.

August 25, 2021 • 124 min
For the week of August 25th, 2021, Episode 20 of Season 4, Ted Stovin and Wacey Anderson question a man hailing from Central Saskatchewan, hunting big game in over 15 countries, winning won numerous awards including The Golden Moose Award for Best Camerawork and The Outdoor Writers of Canada Award for Best Television Show. When he’s not hunting he spends his time taking care of his ranch along with his wife Kelsey. Welcome to the C...
Share
Mark as Played

July 14, 2021 • 117 min
For the week of July 14th, 2021, Episode 17 of Season 4, Ted Stovin and Wacey Anderson host a cowgirl turned television personality, who launched her brand, Fancy Lady Cowgirl in 2020 and her inaugural event of the same name in May of 2021. You can watch her on Netflix, making her acting debut on USA Network’s crime drama “Queen of the South.” She has a world champion bucking bull by the name of Top Dollar and hosts the podcast by ...
Share
Mark as Played

June 16, 2021 • 99 min
For the week of June 16th, 2021, Episode 15 of Season 4, Ted Stovin and Wacey Anderson bring in a special co-host from the first Judgecast, Episode 54, Jordan "Bear" Lightbown. The crew talks to a PRCA Pro Official with over 20 years as a Wrangler NFR judge, a man who rode Oscar three times only got a score twice and has judged all but seven PBR World Finals, from Kingman, Arizona it's Allan Jordan.
Share
Mark as Played

March 24, 2021 • 77 min
For the week of March 24th, 2021 and Episode 9 of Season 4 Ted Stovin with co-host Wacey Anderson interview a man whose overseen $1 billion in sponsorship sales to date, he was the CEO of PBR 1995 to 2010 and CEO of IndyCar from 2010 to 2012. A co-manager of Garth Brooks, and creator of RFD TV’s The American, he’s a visionary in western sports and a man that we are proud to have on the show, please welcome Randy Bernard.
Share
Mark as Played

March 10, 2021 • 116 min
For the week of March 10th, 2021 and Episode 8 of Season 4 Ted Stovin with co-host Wacey Anderson converse with a six-time PBR World Finals qualifier and former three-event cowboy who also qualified for the Wrangler NFR in 2005. Three times he would tour the globe on The Amazing Race with his brother Jet, finishing second on the 16th season. He’s a proud father and stock contractor sporting some of the top bulls in the PBR. Coming ...
Share
Mark as Played

February 24, 2021 • 83 min
For the week of February 24th, 2021 and Episode 7 of Season 4 Ted Stovin with co-host Wacey Anderson welcome the #1 New York Times bestselling author of twenty-eight novels including the Joe Pickett series. Winner of the Edgar Alan Poe Award for Best Novel for Blue Heaven in 2009. He was awarded the 2016 Western Heritage Award for Literature by the National Cowboy Museum and the Spur Award from Western Writers of America for Best C...
Share
Mark as Played