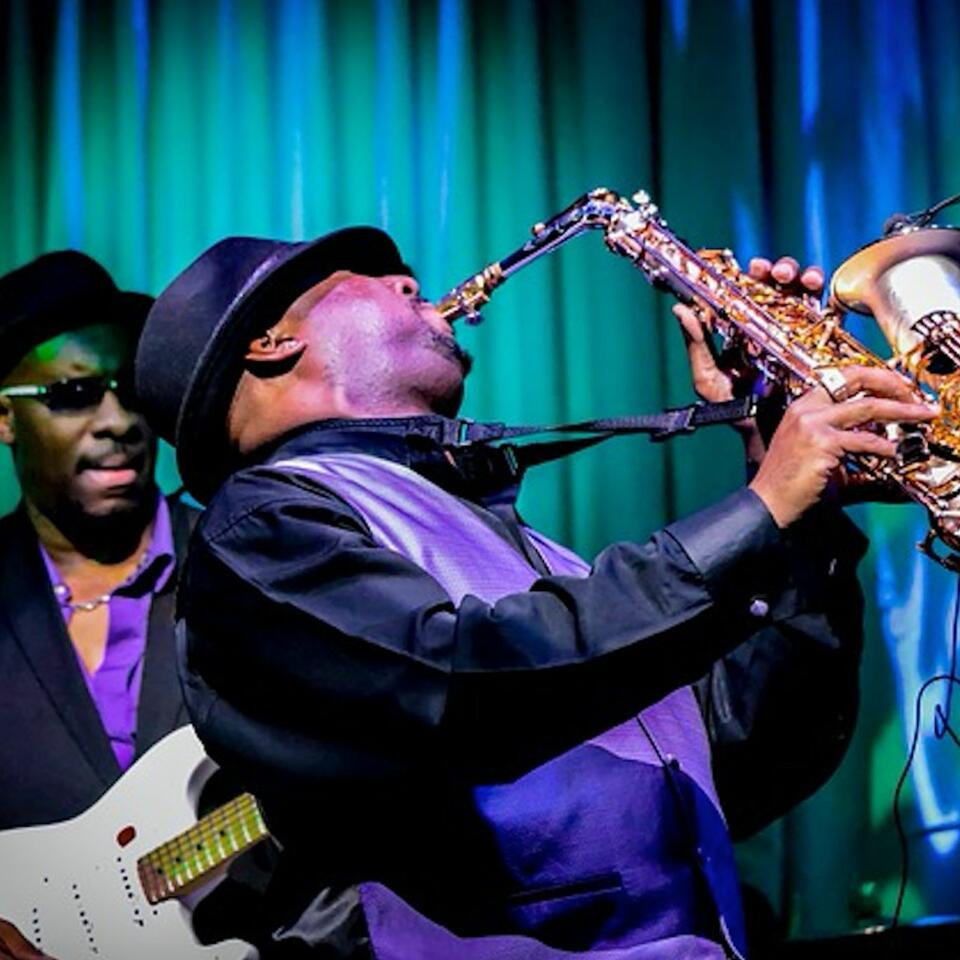 Podcast and Blues is about new and traditional blues singers. It is music news on the artists by Gail Nobles. https://sites.google.com/view/podcast-and-blues/home

Ray Charles Robinson Sr. He preferred being called Brother Ray. He has sung his 1960 hit Georgia On My mind. The Genius could really sing the blues. There were other songs too. Early in the Morning, Hard Times, The midnight hour, and The Right Time. He was all about R&B. Soul, Gospel, Country, J...
Share
Mark as Played

Roy Gaines! You know what he said?

Roy: I’ll be a blues man for life.

Now Roy is saying that he can be badder than bad. Treat him right. Just look for Roy Gaines Badder Than Bad (Live) on Spotify.

Gaines is a renowned legendary Blues Artist born in Watson, Texas. He is the younger brother of the blue...
Share
Mark as Played

Jaybird Coleman was a country blues harmonica player, vocalist, and guitarist. He was a popular musical attraction throughout Alabama and recorded several sides in...
Share
Mark as Played

Good evening! This Sunday evening I’m here to talk about a blues musician whose name is Taj Mahal. He plays the guitar, piano, banjo, ...
Share
Mark as Played

Sonny Green. Found! One Soul Singer. Those are the big bold words I see written on his album. It is believed that he is one of the best soul singers alive. Sonny is Modern Day Soul Blues and he’s in his 70’s. He’s got to know a lot about the blues. It is s...
Share
Mark as Played

Now lets talk about Jim Dandy sometimes known as (Jim Dandy to the Rescue) It’s a song written by Lincoln Chase, and was first recorded by LaVern Baker in 1956...
Share
Mark as Played

Blues! What is blues? Blues is emotion and soul to me. Podcast and Blues. I’m your host, Gail Nobles.

In the old days, the blues was sorrow. It meant being down and out. In music, we have heard the sad songs about being in love having so much trouble. Today, I can hardly tell wha...
Share
Mark as Played

Today’s topic is Calvin Richardson. In 2009, he was chosen to record a tribute album to Bobby Womack. (Singing)

Today’s topic is Christone “Kingfish” Ingram.
We always dig back through records and think of artist such as BB King, John Lee Hooker, Muddy Waters, and Howlin’ Wolfe when we think of the blues. We have the ...
Share
Mark as Played

Thank you for listening to Podcast and Blues. I'm Gail Nobles, and I was just thinking today. There ain't nothing like that old fashioned blues.

(Singing) What are they singing about today?
Ain't nothin' like that old fashioned blues.
What a...
Share
Mark as Played

Good evening! I'm Gail Nobles
It's time for Funk & Blues & Southern Soul .... R&B
Whatever you want to call it, Jones has got it.
So how are y'all do...
Share
Mark as Played

Actor: I look at the world and the thrill is gone.

Hi, I'm Gail Nobles, and today's topic is Michael Burks. Michael Burks was an electric blues and soul blues guitarist, singer, and songwriter. He is best known for his tracks, "Everybody's Got Their Hand Out", "I Smell Smoke", and "...
Share
Mark as Played

Usage: 2012 unreal_dm Licensed to the public under http://creativecommons.org/licenses/by/3.0/ Verify at http://ccmixter.org/files/unreal_dm/38156

Hello! How are you doing out there tonight! It's been a crazy and sad year for the blues. ...
Share
Mark as Played

Bigg Robb started in the music industry as a teenager disc jockey at a small radio station in Cincinnati, Ohio, in the late 70's. Through the early 80's he stayed in radio, focusing on soul and funk artists such as Bootsy Collins, Midnight Star, Zapp, and other greats of the era, often interviewing them on his shows. Robb would hang ...
Share
Mark as Played

It all started with two guys named Rosco and Willie. They brought back real music into their community. There wasn't much going on and times were tough. People were trying to make it. Rosco and Willie had just got out of the military. They were like brothers. Rosco was short and Willie was tall. Rosco and Willie starte...
Share
Mark as Played

Billy Jones Bluez
The NEW American Bluesman
According to his bio, his vocals are a blend of blues intensity and style with ur...
Share
Mark as Played

A chain gang is a group of prisoners chained together to perform menial or physically challenging work as a form of punishment. Such punishment might include repairing buildings, building roads, or clearing land.

The song I'm about to play is ...
Share
Mark as Played