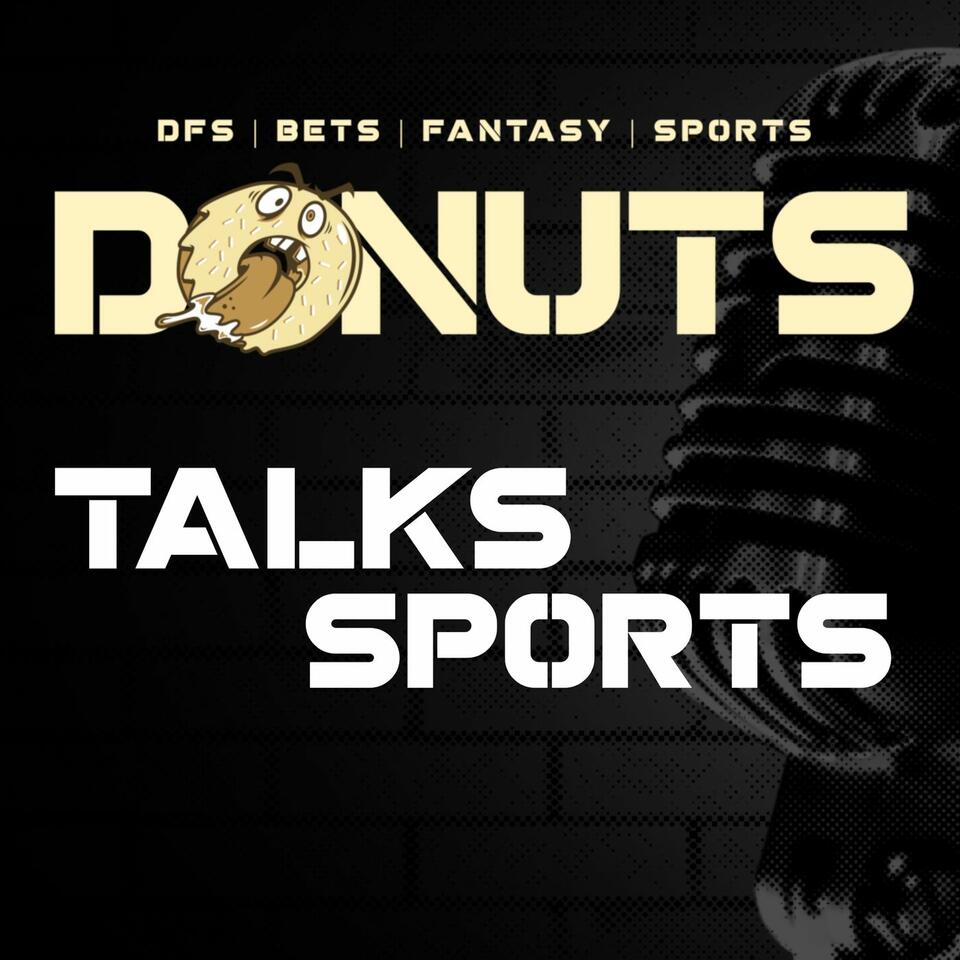 Join Mitch as he talks DFS, Betting, Fantasy, Sports, and everything in between. For more takes, follow Donuts on Twitter @DFSnDonuts

Golden Mic Minute: Should We Leverage Pitchers or Stacks in MLB DFS?

Golden Mic Minute: Why is It Important to Stay Flexible?

June 20, 2022 • 6 min
Nah, touching your toes won't help you win at DFS (at least I don't think?). But being flexible with your approach is uber important. Let's dig in.
Share
Mark as Played

June 15, 2022 • 7 min
It's the 4th time in 6 shows that a non-five player stack has won a tournament. If you don't mind, please leave a quick 5-star rating to support free research!
Share
Mark as Played

June 15, 2022 • 5 min
Donuts delivers a mini strikeout ladder as well as his favorite Prize Picks play on the board. More info via @DFSnDonuts on Twitter!
Share
Mark as Played

June 13, 2022 • 5 min
Donuts delivers the goods with his NBA Playoffs Game 5 picks for the Warriors vs Celtics
Share
Mark as Played

Golden Mic Minute: Should You Hedge vs Your Pitchers?

June 10, 2022 • 7 min
Someone won a tournament hedging against their highest rostered pitcher (a crazy 72%). Is this a viable strategy?
Share
Mark as Played

Golden Mic Minute: 5 Man Stacks to Rule Them All in MLB DFS?

June 9, 2022 • 5 min
5-Man stacks were once the king of the GPP battlefield. Do they still reign supreme?
Share
Mark as Played

Golden Mic Minute: Can You Use Highly Rostered Pitchers in DFS?

Golden Mic Minute, June 6th - What Did the Winners Do?

June 6, 2022 • 4 min
The Golden Mic Minute is a podcast that will review daily DFS winning lineups so that we can study winning trends. This podcast will cover MLB, NBA, and NFL. The first episode studies the winners from Sunday, June 5th. Let's get paid!
Share
Mark as Played

June 2, 2020 • 25 min
In this episode, Adam Levitan (AdamLevitan) joins the show to talk about his career journey, his perspective on keeping things light, and what he is excited about for the future in the fantasy sports world.

June 1, 2020 • 28 min
Patrick Daugherty joins the show to discuss his career journey. He also dives into his mindset with how he uses social media.

And with over 30 years around the game, his experiences have shown up in his book, Gridiron Genius, as well as a TED Talk convention.

You can now find Michael Lombardi’s content on The Athletic, as well as his own podcast “The GM Shuffle”.

May 20, 2020 • 35 min
"You can be kind and still be strong...people wrapping their mind around that would be an incredible boon not just for myself, but also for humanity."

A wonderful interview with Liz Loza (@LizLoza_FF). Her perspectives on many topics brought plenty of thought-provoking conversations to the table.

May 19, 2020 • 26 min
In this episode, Kyle Yates discusses some of the current life changes he's managed during this bizarre time of social distancing.

He highlights what jump-started his career and reasoning for going down this path as well.

Evan identifies how he broke into the industry and his role he played at Rotoworld. He discusses his reasoning for launching his own company and highlights why he chooses to support his competitors on social media.

My Dream, My Hopes, My Launch

May 18, 2020 • 7 min
In this episode, I discuss my aspirations and why I am launching my own content platform. I hope my reasoning both connects and resonates with you.

Together, We Rise or Fall.

May 15, 2020 • 26 min
In this episode, Derek Brown (@DBro_FFB) joined the podcast to discuss what is new in his life and what put him on the path to provide analysis for all things Fantasy Football.